You might be familiar with the term package manager if coming from the programming world. In Linux distributions, multiple package management tools are used to install, update and remove software packages from the particular repositories.

Like other popular package managers such as npm for JavaScript, a gem for Ruby, the Pip is for Python.

The PIP is a cross-platform, written in Python to install and manage Python packages from the Python Package Index and from additional libraries (local and remote) that are not part of standard repositories.

How do I Update PIP to Latest Version

To upgrade the PIP package, the command is quite simple. Type the following command in the terminal:

How do you check if a PIP Package is Installed

To check if pip is already available on the system, the simplest way is to use the version option, and it will show the current version of the PIP package.

So, open the terminal and type:

There are two approaches to check the installed PIP modules:

Check what PIP modules are Installed through the “PIP list” Command

The list option will display the list of all the installed modules, including their versions on the system: 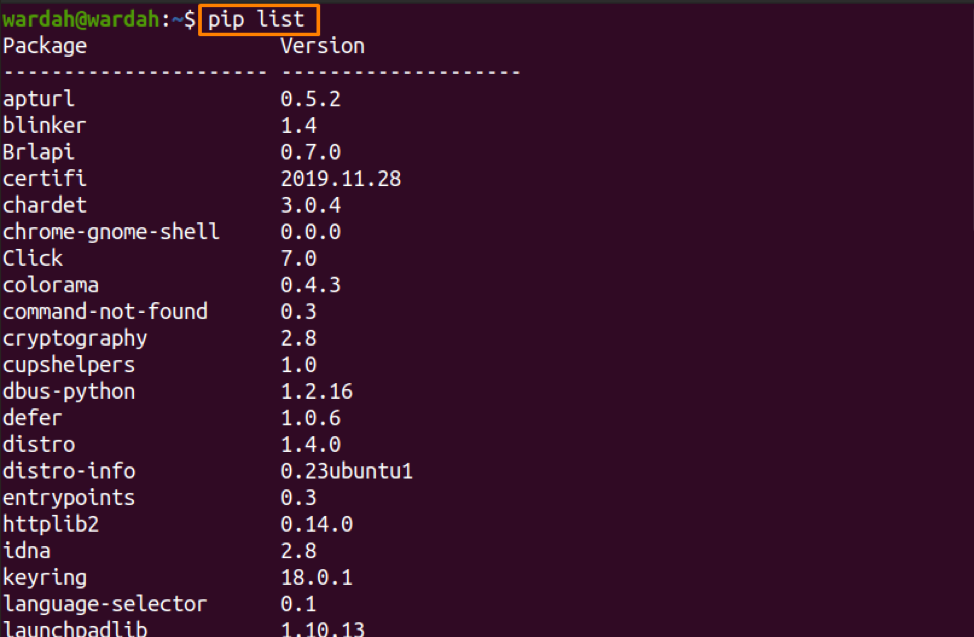 Check what PIP modules are Installed through the “PIP freeze” Command

The “PIP freeze” command is another way to find how many modules have been installed using the PIP package. To get it, type: 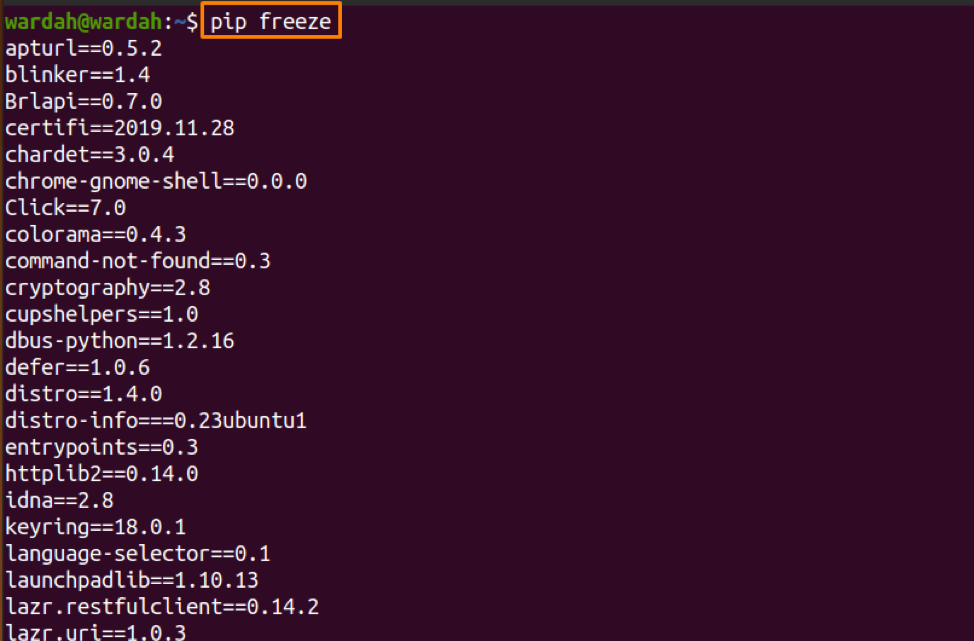 How to update PIP Modules

To update all the PIP modules, firstly redirect all the modules name to a text file using the “Freeze” command:

And now, run the following command to update all of them:

We have learned how to upgrade the PIP package with all of its modules to the latest version and check the availability of all the installed modules using the “pip list” and “pip freeze” commands.