When it comes to customization of desktop functionality, look and feel, Linux users have got plenty of choice. The freedom to choose a desktop environment, file manager, terminal, icon packs, themes, applets, extensions etc. is one of the many perks of using a Linux distribution.

This article will list various docks, panels and taskbar apps that allow you to tweak and improve multitasking experience on Linux. So let’s jump in.

Dash to Dock is one of the most popular docks available for the GNOME Shell desktop environment. It transforms the default GNOME Shell dock in to a full fledged application taskbar that reduces mouse travel, improves multitasking and supports faster application launching. Due to its popularity and feature packed functionality, Ubuntu ships a modified version of this dock by default. 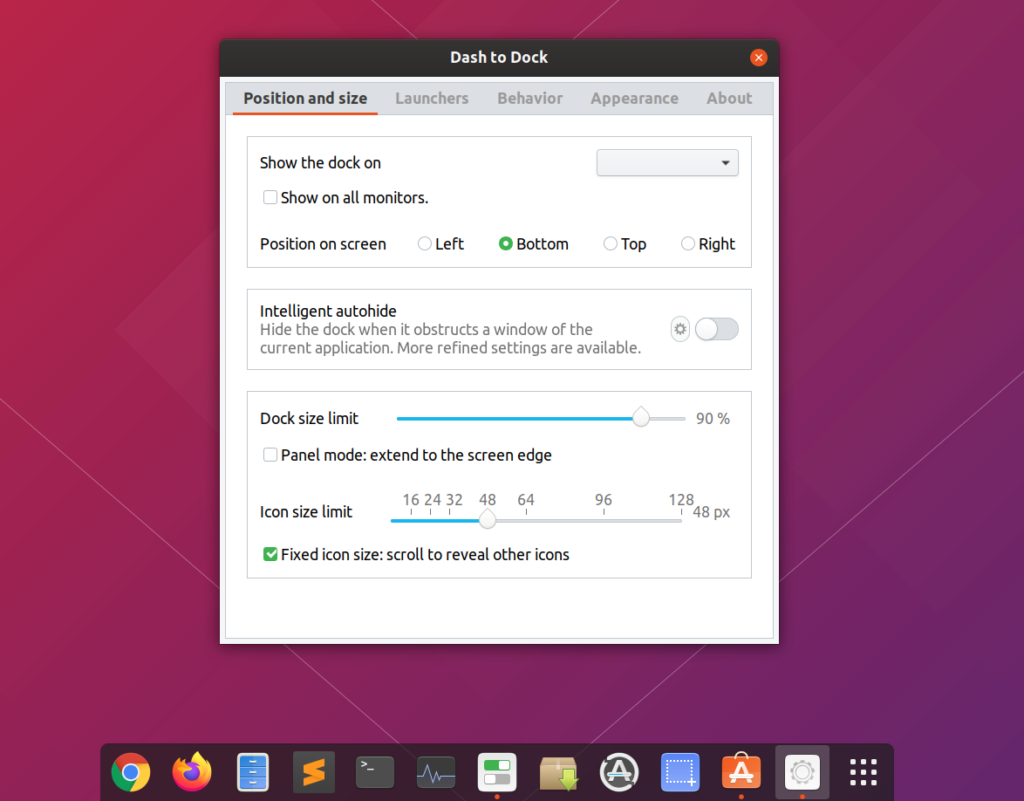 Some of the features of this dock are:

Dash to dock for GNOME Shell can be installed from here. This method may result in a conflict with Ubuntu dock in some cases. To get around this, install Dash to Dock from official Ubuntu repositories by running the command below:

Beware that any settings that you change in Dash to Dock may affect default Ubuntu Dock as well and these settings may persist even after you uninstall or disable Dash to Dock extension. Many people prefer this way as this allows them to customize Ubuntu dock using a nice GUI frontend.

Dash to Panel is an application launcher and taskbar that merges the default application dock, top bar and system tray into one unified panel increasing overall screen real estate. It aims to provide easy usability and customizability of a classic single panel interface.

Here is a screenshot of extensively customized Dash to Panel extension on my desktop: 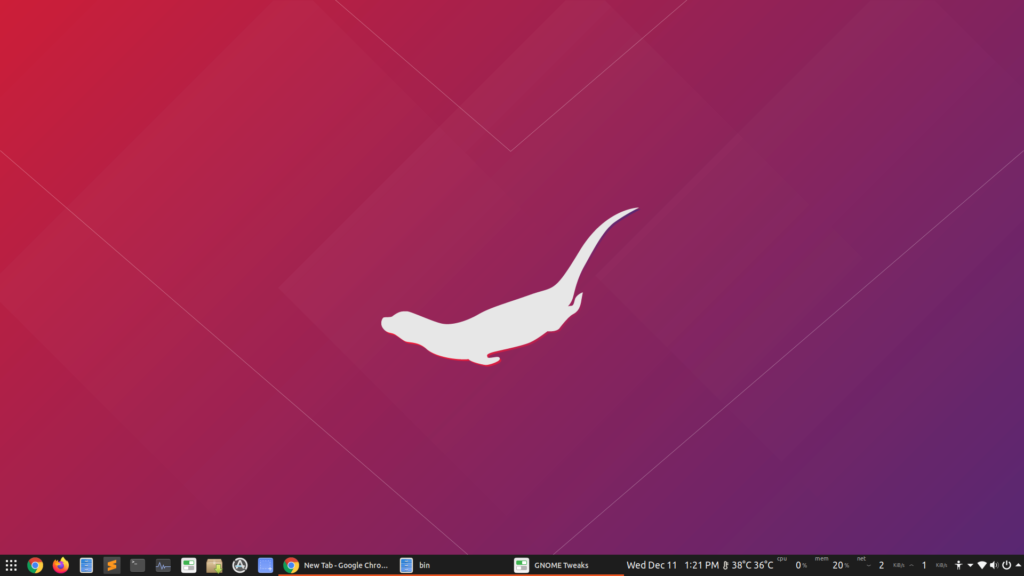 Some of the features of Dash to Panel are:

Dash to Panel extension for GNOME Shell can be downloaded from here.

Latte Dock is an application dock and taskbar for KDE desktop environment. It works similar to Dash to Dock extension mentioned above with a few key differences. Latte dock supports KDE widgets called plasmoids, while Dash to Panel and Dash to Dock have no such feature. It can also be used as a complete replacement for default KDE panels. It is possible to place multiple Latte docks on desktop, allowing you to create any number of panels for better categorization.

To install Latte Dock in Kubuntu, run the command below:

Latte dock for other KDE distributions can be installed by following instructions available here.

Tint2 is a standalone panel and taskbar for Linux distributions. It is light on resources while being extremely customizable. Although the default panel layout looks basic in appearance, its customization options are endless and it is possible to create extremely good looking panels with beautiful themes. Tint2 is desktop environment agnostic and you can use it in any Linux distribution of your choice. 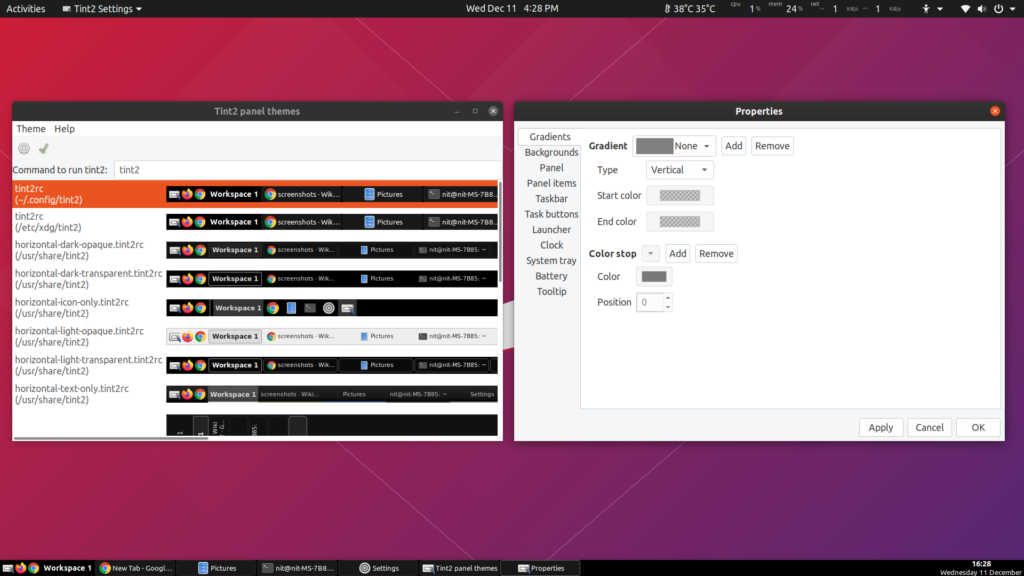 Some of the features of Tint2 are:

Tint2 in Ubuntu can be downloaded by running the command below:

Installation instructions for other Linux distribution are available here.

Note that Tint2 will not launch automatically on a system reboot. You will have to add it to the list of auto starting apps. To do so, launch “Startup Application Preferences” app from the application launcher. Add a new entry with the configuration shown in the screenshot below: 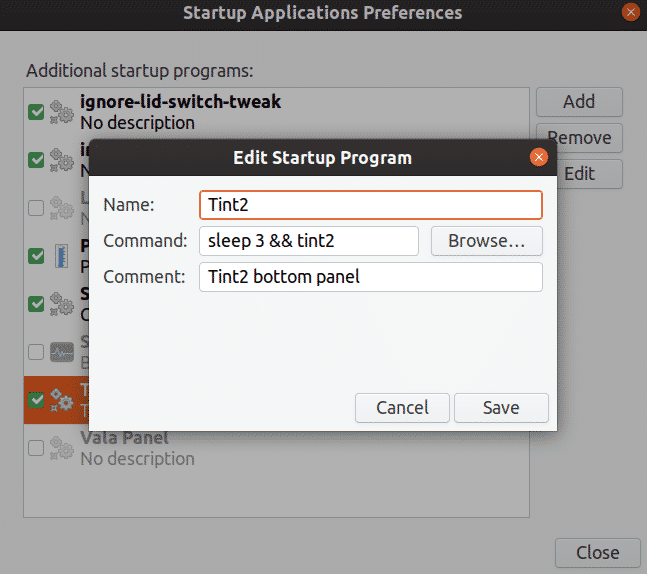 Vala Panel is a lightweight taskbar based on LXPanel. Written in GTK3 and Vala, it aims to be fast while providing all the necessary customization options available in a typical desktop panel. 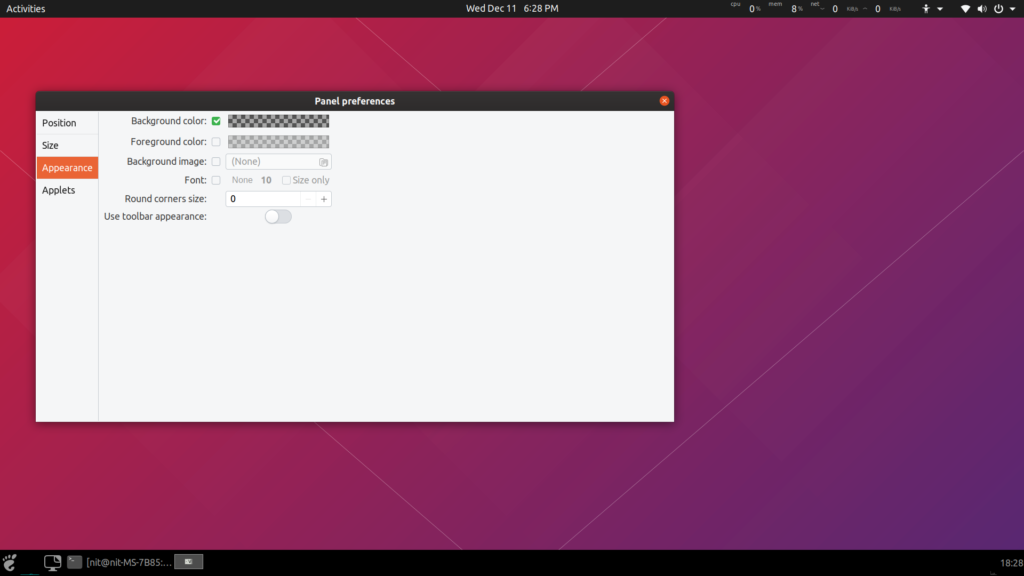 Vala panel features most of the customization and multitasking options of the other application docks mentioned above. It also comes with a unique feature of system tray applets, allowing you to add panel indicators like CPU graph, network monitor graph etc.

To install vala panel in Ubuntu, run the command below:

Plank is an easy to use, minimalistic application dock for Linux. With an easy to use interface, beautiful themes and clean animations, Plank provides a fast and clutter free multitasking experience on Linux. It is the default taskbar shipped in elementary OS. 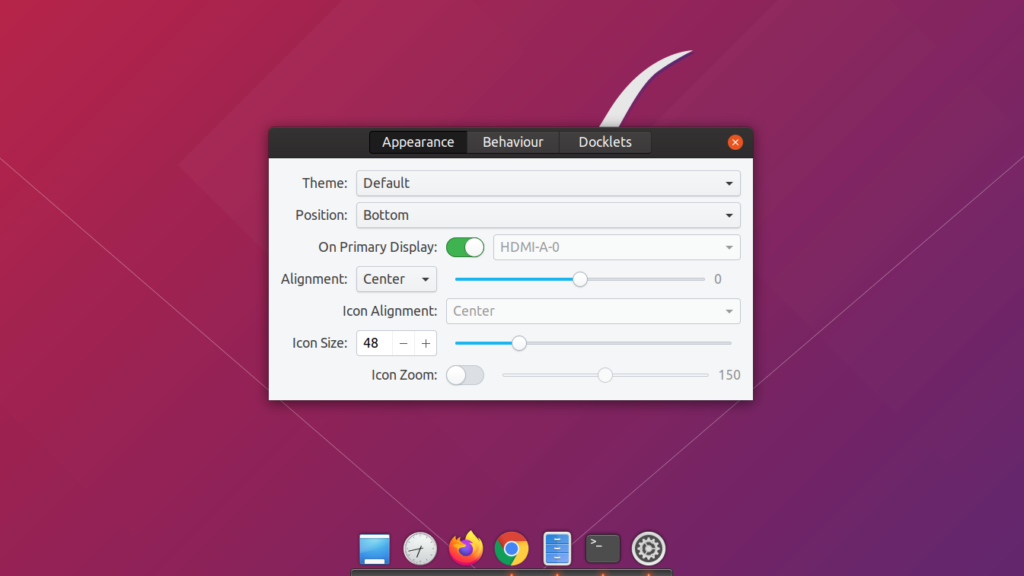 Plank has all the features of other docks mentioned above, with “Docklets” added as extra goodies. Docklets are nothing but applets specific to Plank dock, providing utilities like system clipboard, CPU monitor graph and so on.

Plank can be installed in Ubuntu using the command below:

This marks the end of this article. Apps like Tint2 and Vala Panel work great with lightweight window managers like Openbox, while others easily blend in overall look and feel of the desktop. Every dock mentioned above provides unique features above others, you can try and pick one according to your need and use case.