In the modern world, the demand for computer scientists continues to grow. Everything around us is transforming, undergoing a digital makeover. With so many people becoming a part of this field, it comes as no surprise how much technology has expanded and the rate at which it is developing. Computer science itself is divided into various sub-fields, each of which has its own set of specialized workers.

However, one thing common to almost all these fields is the process of writing instructions in the form of code, commonly referred to as programming. This sits at the heart of computer science and gives it the power to create and remove things. With the number of existing programming languages reaching the three-digit mark, and as each programming job has its own specific set of requirements, it can be extremely daunting to figure out which language to learn.

To make your job easier, this article provides a list of the best programming languages to learn in 2021.

For people just starting out with computer science in 2021, and even for those with some experience with this language, Python is something every programmer should be comfortable with. This language offers an intuitive and easy-to-learn syntax that makes it a popular choice among beginners and professionals alike. The beauty of Python is that it is extremely versatile, as it can almost be used anywhere. Whether you want to work on some back-end application of a website or mobile application, or you want to on some data science-related work, Python is critical to these tasks and many more. Python is the preferred language in the areas of machine learning, deep learning, artificial intelligence, and other data science fields. Data science is the hottest topic these days, as businesses and companies are now extracting insights from data analysis and using that to further grow their markets. Libraries, such as TensorFlow, Keras, Scikit, etc., have made the computation required for running different models extremely cheap and fast to execute.

This versatility and availability of all kinds of libraries in Python have led to enormous growth in demand for this language. Python just keeps on growing without slowing down.

JavaScript is one of the most widely used languages, as it is considered the standard programming language of the web. It is used in almost every website you have seen on the Internet. JavaScript provides a syntax that allows it to be used in both the front-end and back-end sections of websites, showing the flexibility and power that it possesses. In addition to HTML and CSS, JavaScript offers a way that allows users to not only develop and design their websites but also make their websites more dynamic by adding functionalities to the elements present in the site. Moreover, Javascript is also the fundamental language used in web frameworks, such as React, Vue, and Node, making it the undisputed king in the web development department. Websites that you regularly visit, such as Google, YouTube, and Wikipedia, were all created using JavaScript. 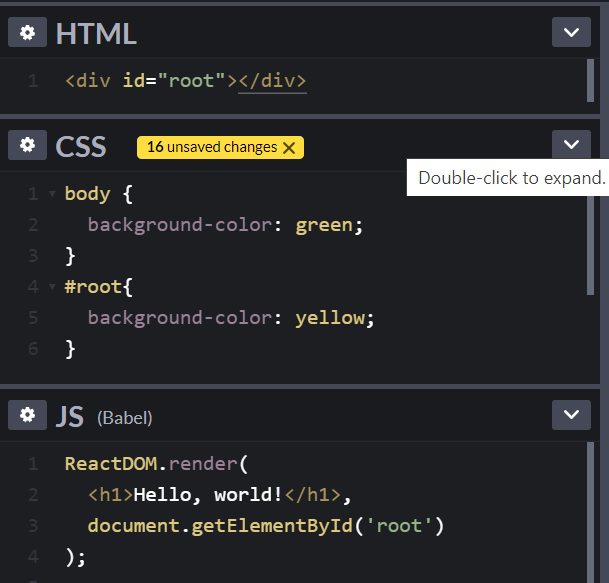 Java is another immensely popular programming language that, albeit being one of the oldest languages out there, is still highly in-demand. Java is often used in the work of large organizations. It is also widely used in Android development, which, considering the popularity that Android applications have garnered, makes Java a highly sought-after skill to have. Due to Java’s scalability, strong memory allocation, and high performance, companies like Amazon, Twitter, and Adobe are a few names that come under the list of users of this programming language, along with a million other repositories that can be found at GitHub. 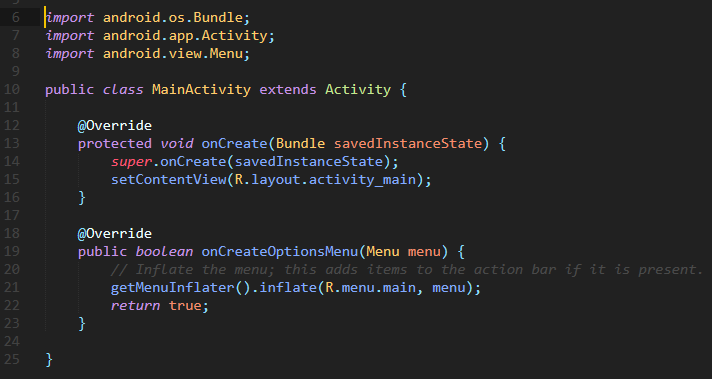 C/C++ is among the fastest programming languages out there, providing a high level of functionality. This language is therefore used in the majority of low-level systems, such as operating systems, embedded systems, kernel development, etc. It is even used as a baseline in the development of other programming languages. Due to its large set of libraries and stable nature, C/C++ also plays a huge role in the areas of game development, computer graphics, virtual reality, and more. Companies like Nvidia, Google, Microsoft, and Apple are often on the lookout for C/C++ developers. 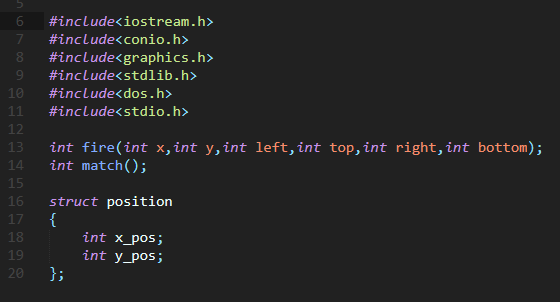 C# is a programming language developed by Microsoft that has made quite a name for itself in the web and game development departments. C# is most regularly used in the Unity software, which is one of the most popular game engine software used for building 2D and 3D video games. C# also plays a huge role in building Windows applications and has therefore been used at the back-end side of websites such as Bing, Visual Studio, etc. 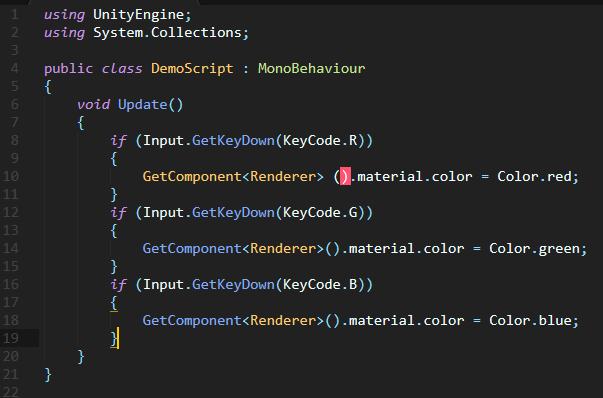 Script being used in Unity:

Golang, referred to as “Go” for short, is a programming language developed by Google. In recent times, with concepts of multithreading and distributed systems becoming highly popular, Golang is slowly gaining fame. This language is currently one of the most widely used languages in Silicon Valley. Go has been designed in such a way that it easily supports multithreading and it allows processes to run concurrently, which is why this language was used for creating projects like Kubernetes, Docker, Blockchain, etc. 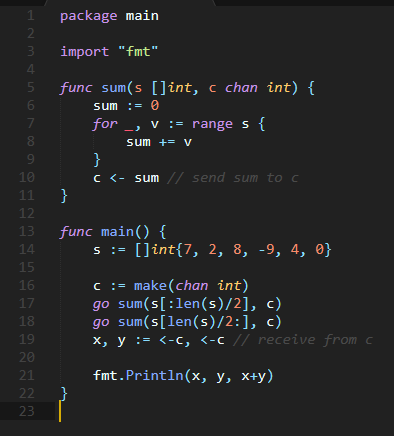 With both Data Science and Machine Learning gaining huge popularity in the industry, R is another programming language that has emerged as a hot favorite among users. Like Python, R provides a large set of libraries and frameworks. This makes R ideal to use in developing Machine Learning algorithms, as well as creating statistical models. Any company that requires a large collection of their data to undergo a process of analysis and visualization will be looking for developers proficient in the R programming language.

Despite the huge popularity that languages like Python and JavaScript have garnered in backend development, PHP is still going strong and continues to be used by large companies, including Facebook, Yahoo, and Wikipedia. There remains a huge demand for PHP developers in the market, as many websites (particularly WordPress) around the web are running using PHP as their baseline. Therefore, PHP is still a great choice as a language to learn in 2021. 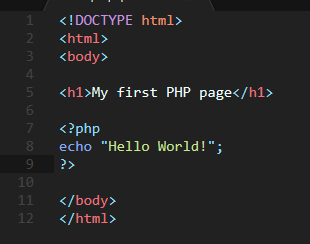 Swift is a programming language developed by Apple for creating iOS applications. It is one of the most in-demand languages out there, as iOS applications are still extremely popular among users and Apple is still standing strong. Although Flutter (Dart) and React Native are also options for iOS development, Swift is still the more widely used and preferred option. 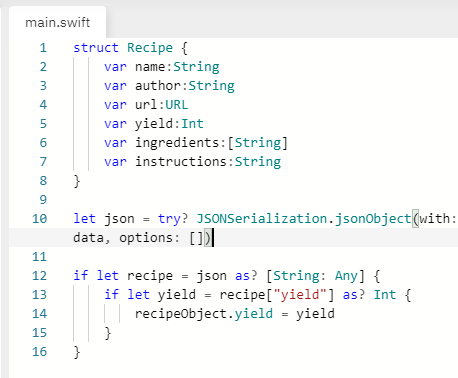 Kotlin is a language developed by JetBrains whose work revolves around the development of Android applications. This is precisely why Google decided to name Kotlin as the official language for Android development, putting it ahead of Java. And, as Android is the highest-selling mobile operating system, the fact that Kotlin is one of the languages to learn in 2021 comes as no surprise.

Which Programming Languages Should You Learn in 2021?

Computer science and software engineering are both considered some of the most well-known sectors in the tech industry. The popularity of these fields continues to grow without any indication of slowing down in the near future. However, computer science itself is an extremely vast field and, to keep up with the current times, it is important to know which programming languages to dip your fingertips into. All the languages mentioned above are among the most popular and widely used programming languages and are definitely worth learning. Happy coding!