If you haven’t been living under a rock for the last 10 years or so, it’s certain that you’ve come across the term ‘torrent’. Torrents provide users the ability to download files in minuscule chunks from a large number of users. Torrents became popular for two major reasons: 1. The ability to pause and resume downloads on will (something which wasn’t widely available when they launched) and 2. For being able to pirate content.

The pause and resume feature blew my mind when I first came across roughly 13-14 years ago. I had a very useless dialup internet connection and it was impossible to be able to download anything larger than a few megabytes without it being disconnected. Torrents solved a huge problem for me and soon after, download managers with such abilities became widespread.

The ability to pirate content is what made torrents largely infamous. Many countries with strict internet laws became extremely vigilant about torrents and actively monitored what was being transmitted through users. Torrent clients were in fact largely used for pirating and therefore garnered a very negative image. Talks about being arrested for torrenting grew so much that people became afraid to use them all together, even though only copyrighted material was illegal to download.

Open source and free material are 100% legal to torrent anywhere in the world and users should be vigilant about what they download. Enough about the brief history of torrents, let’s get down to listing what are some of the best clients out there to torrent. The list is not in any particular order as most clients perform the same tasks and preference is usually by themes and interface. When it comes to advanced features, the users should research what they need before committing to a certain software

This client comes default with every Linux installation and is very simple and easy to use. It performs all the basic actions that every torrent client does like adding a torrent, downloading, pausing. There are a ton of other features available there that you can explore but for a basic user, they are almost never needed. The explanation that Ubuntu gave when justifying Transmission as their go-to client was its insanely simple learning curve and we can testify that they’re right. 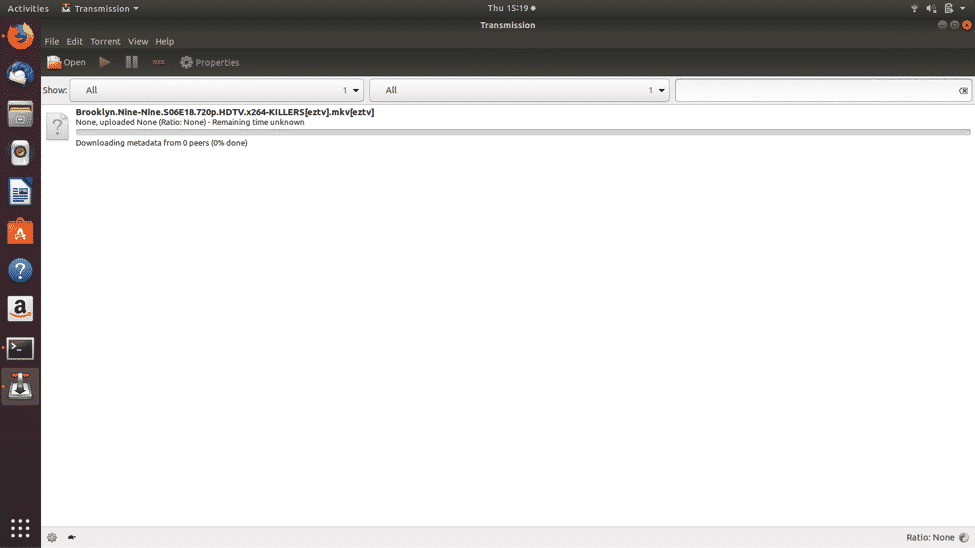 Deluge is another popular option when it comes to Linux torrent clients and it is on this list for good measure. It is a freeware with lots of versatility on how it can be used. Deluge is licensed under the GNU GPLv3+ and also respects ‘freedesktop’ standards which allows it to work in a large number of desktop environments with zero hassle. There are 3 main UIs (User Interfaces) that allow users to interact with it. They are:

These features make Deluge worth looking into. 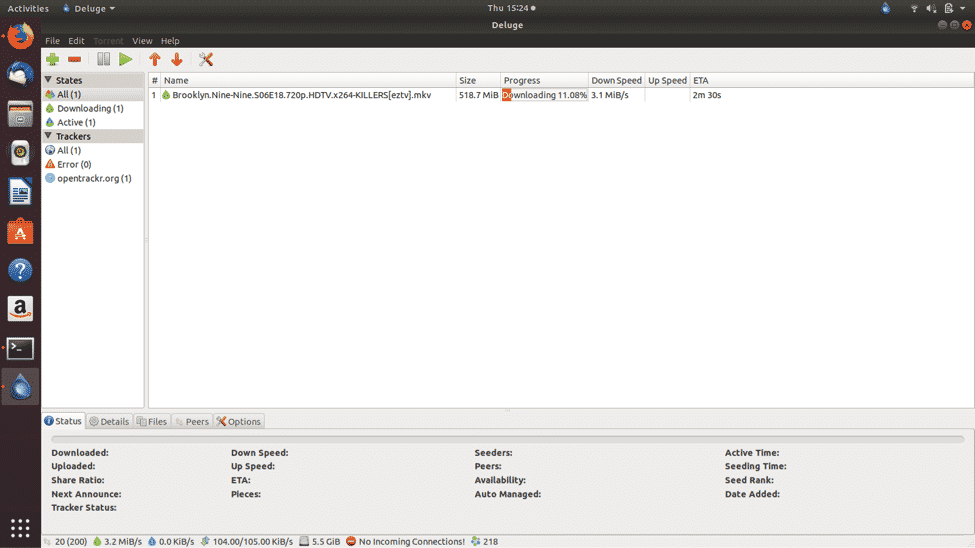 This entry is also a formidable one. qBittorrent is an open-source freeware that runs on the mercy of volunteer programs and donations. Even though they are not backed by any large corporation, qBittorrent has done a remarkable job in providing such a stable product to its users with its fairly limited means. A sleek interface coupled with an extensive set of features makes this a definite try for anyone looking for a free and robust client. qBittorrent takes pride in its highly optimized search engine which can be accessed from the application itself. It comes in more than 70 languages which is one of the reasons it has such a large userbase. It is also IPv6 compliant which means that it ready to face the future. 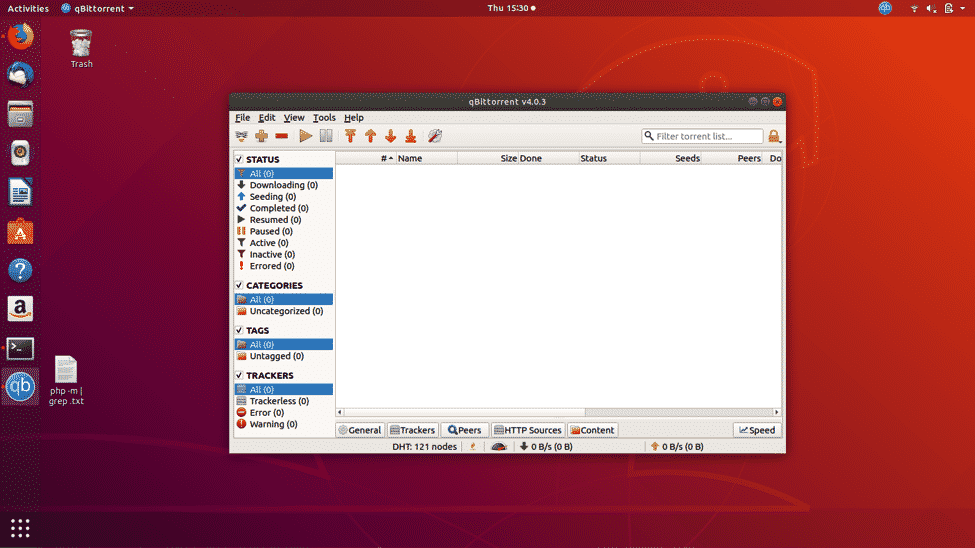 Vuze does what all the other guys do but goes a step forward and provides all of this in a lightweight bundle which is very suitable for people who are not running their rigs with the latest hardware. It also has a very easy to use search engine that seamlessly allows users to look up content when needed and makes downloads as straightforward as possible. It’s also available on different operating systems which means that you can take your positive Linux system to other systems that you might be using. 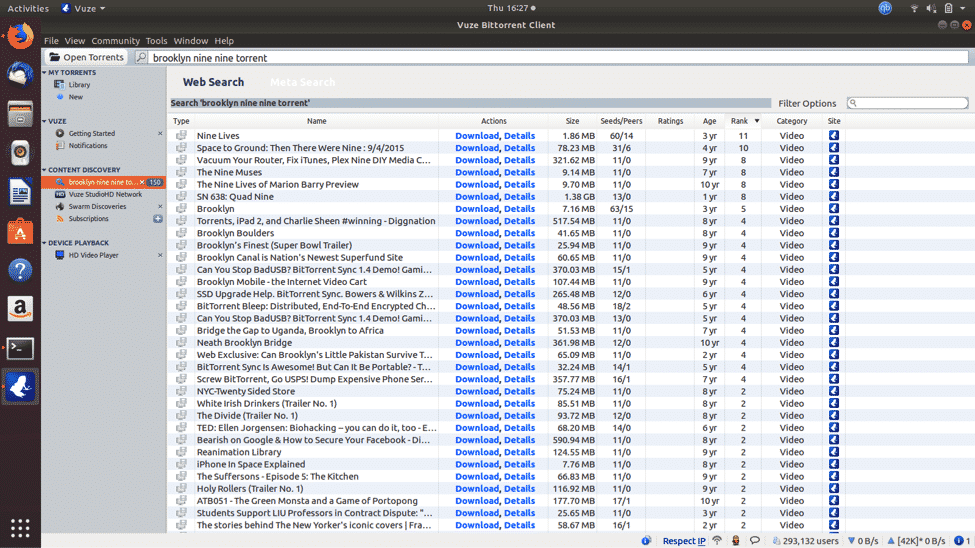 In today’s market, there is an influx of torrent clients that contain spyware or other forms of malware that can really mess with your system. This problem is especially prominent in freeware programs which makes it hard for genuinely good free programs to stand out. Tixati is one of the good guys which are not money-hungry corporates yet still want their product to be reachable and usable to as wide of a userbase as possible. In addition to the basic torrenting stuff, Tixati comes with features such as RSS, IP filtering and event schedulers which often prove themselves to be a strong weapon in your arsenal. 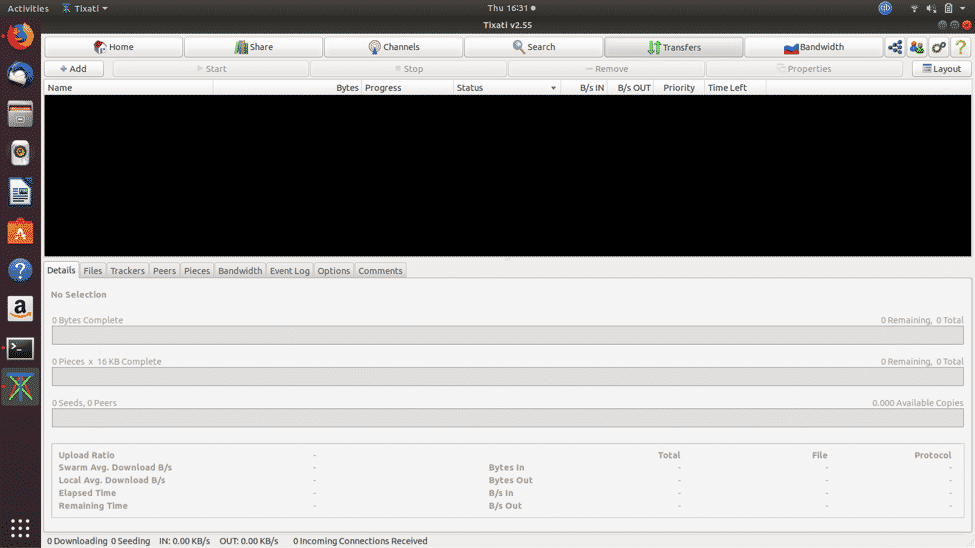 Frostwire stands out from being a typical torrent client by focusing more on music-loving clients. It comes with features that allow browsing and organizing your music a breeze and an enjoyable experience. It features a very modern UI that is bound to catch the user’s eyes and make them fall in love with it. There is also a feature that allows you to play your collection on your android phone like any other music player. Frostwire has been in business for a long time and has definitely found its niche. 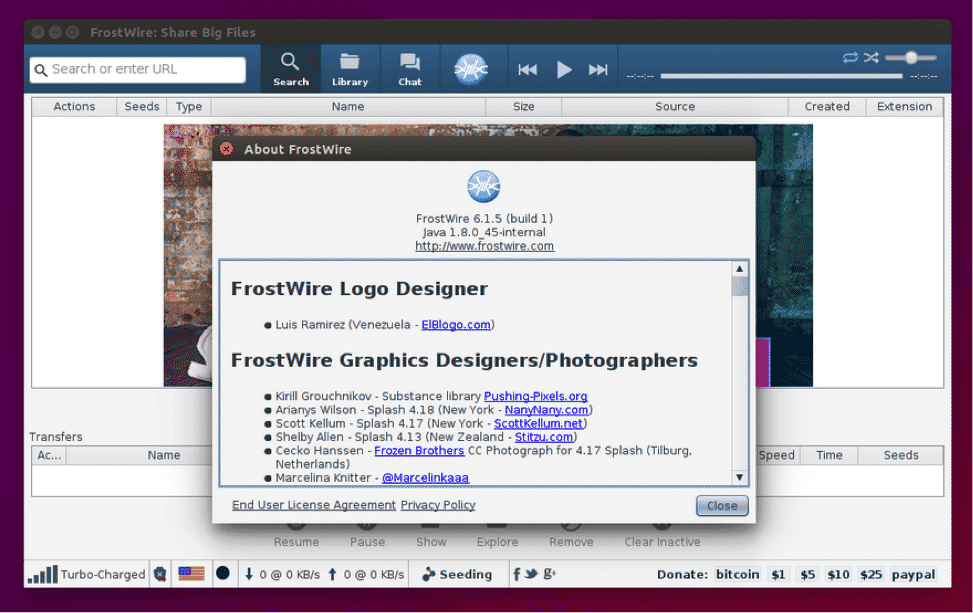 Webtorrent is a browser-friendly, cross-platform and open-source client that focuses on users being able to view and stream content with ease. There is a content-on-demand service which might be very attractive for some users. What exactly do they have in their free repository could be an adventure for the user to discover! Webtorrent also features desktop variants to make it cater to all kinds of users. 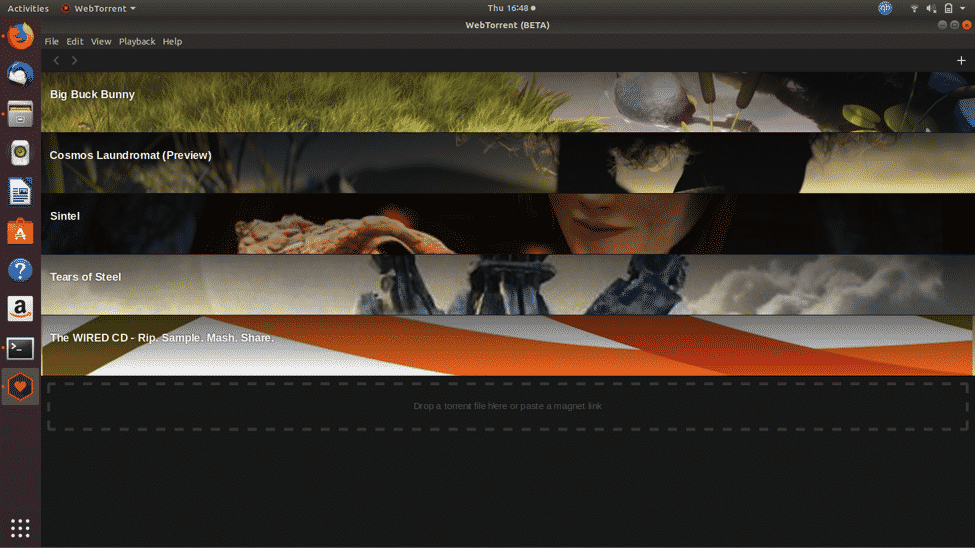 Of all the clients we’ve looked at so far, Rtorrent is the first one to be designed for a command-line interface. In fact, it doesn’t even have a graphical version! It’s obvious that this one is catered to a specific audience that enjoys their time on the command line. Rtorrent may not be for everyone, but it sure knows how to grab a large audience. Not having a graphical interface means this client is definitely faster than the rest. 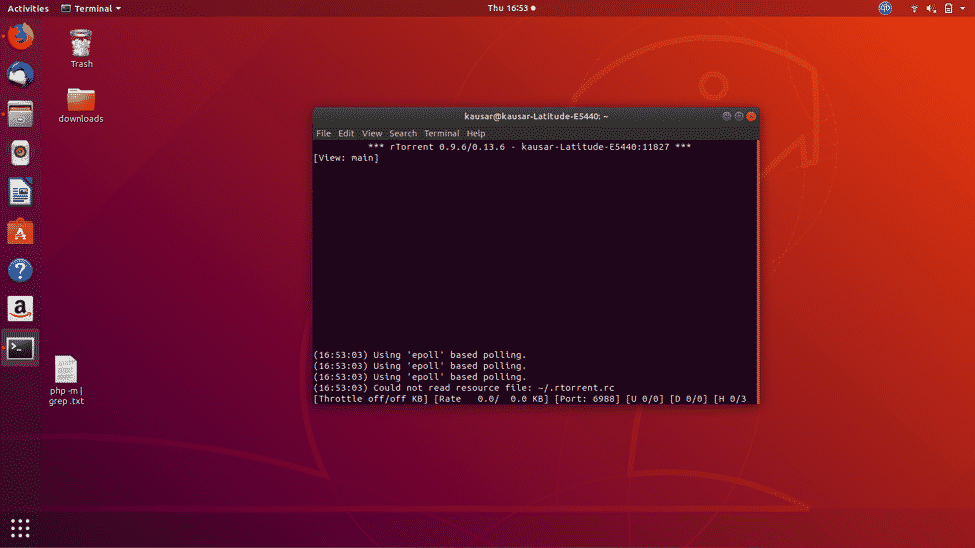 The specialty of Tribler is that it allows impatient users to start watching their content without having to download it fully. Yes, that’s right! You can actually use what’s been downloaded without having to wait for the whole thing. This is very useful for people that may not have the best internet. As files get bigger and better every day, this is a neat little trick that can reduce waiting times substantially. 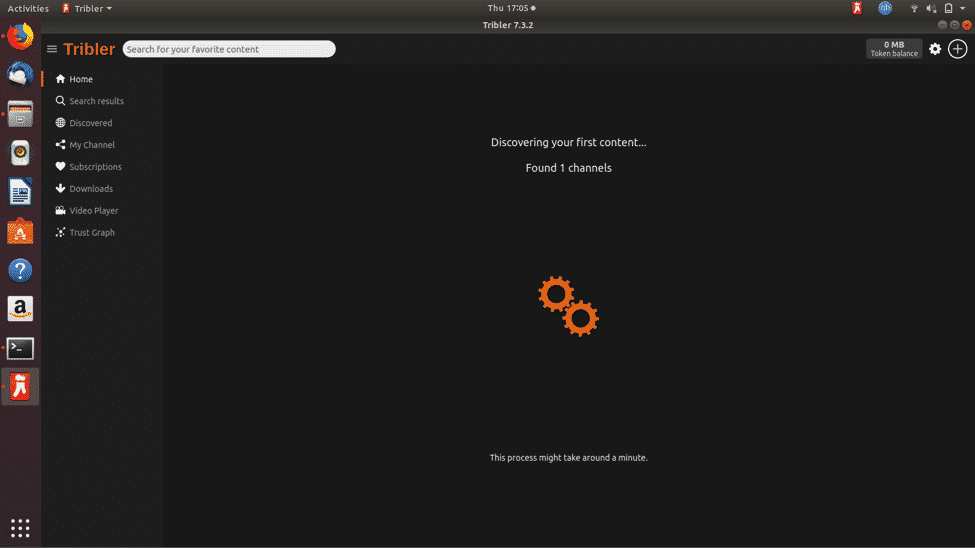 This entry is pretty similar to Rtorrent. The goal of the developers of libtorrent was to bring a product in the market that has speed, efficiency and, usability under its belt. They achieved their goals beautifully by providing us with libtorrent. They were able to meet these goals by stripping off the graphical interface which is pretty unnecessary for experienced Linux users. If you’re new to this system, it might be better to work with the other 8 clients we’ve given a shoutout too.