Top is a command line tool to show resource consumption of various processes and tasks running on your Linux system. It comes installed by default on almost all Linux distributions and it can show overall usage of system resources as well. It also features an option to tweak priority (niceness) of running processes. Top is really useful if you want to identify processes that are eating up system resources and if you want to do a comparison between different applications. Top presents data is in a nice tabular form. 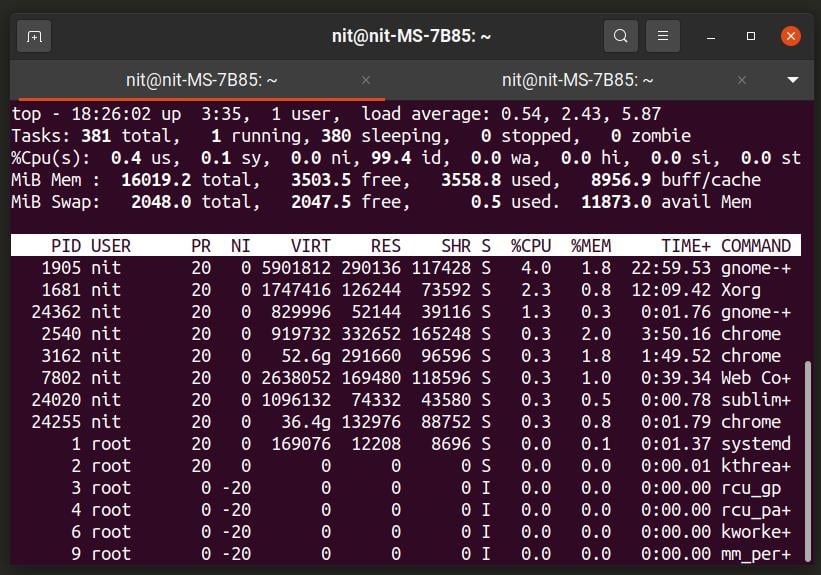 You can learn more about Top using the following two commands:

Htop is a command line task manager that works similar to the “top” application mentioned above. However, it comes with a lot of extra features and interactivity that will allow you to use some advanced functions. Based on the ncurses library, Htop can also show you colored output for better readability. The bottom row in Htop shows keyboard shortcuts for changing settings and filtering the results. You can also use Htop to change resource consumption priority of processes. 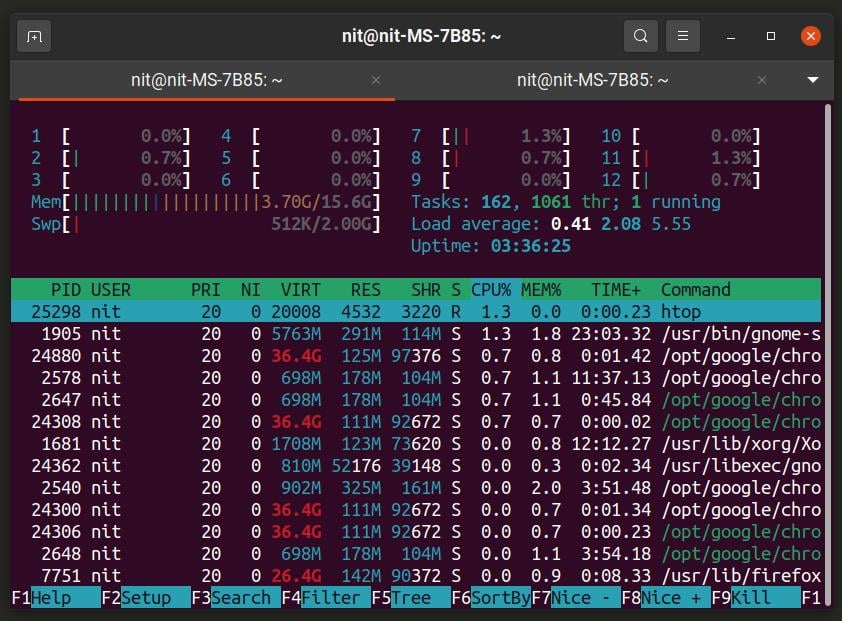 You can install Htop in Ubuntu by using the command mentioned below:

Htop can be installed from the package manager shipped with your Linux distribution. You can also download it from its homepage.

To run Htop, use the following command:

You can learn more about Htop using the following two commands: 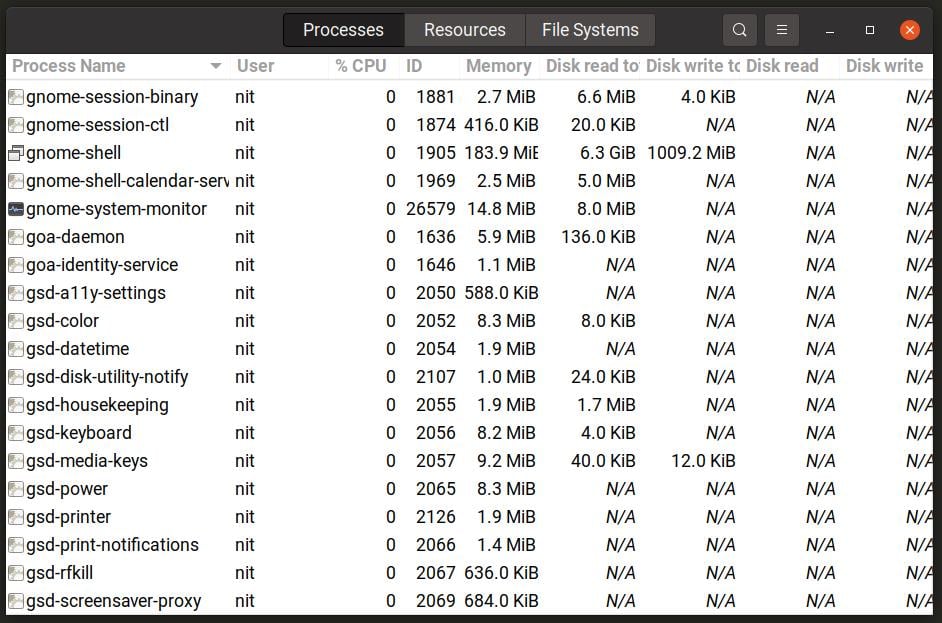 If for some reason one of these these task managers are is not available by default on your Linux distribution, you can install it by searching for “KSysGuard”, “Gnome System Monitor”, “Mate System Monitor”, “LXTask”, “XFCE4 Task Manager” terms in the package manager.

Ps is another useful tool that comes pre-installed by default on almost all Linux distributions. While it is not as advanced as Top and Htop, it is good enough if you just want to find the process ID (PID) of a certain task to further run any commands on it. 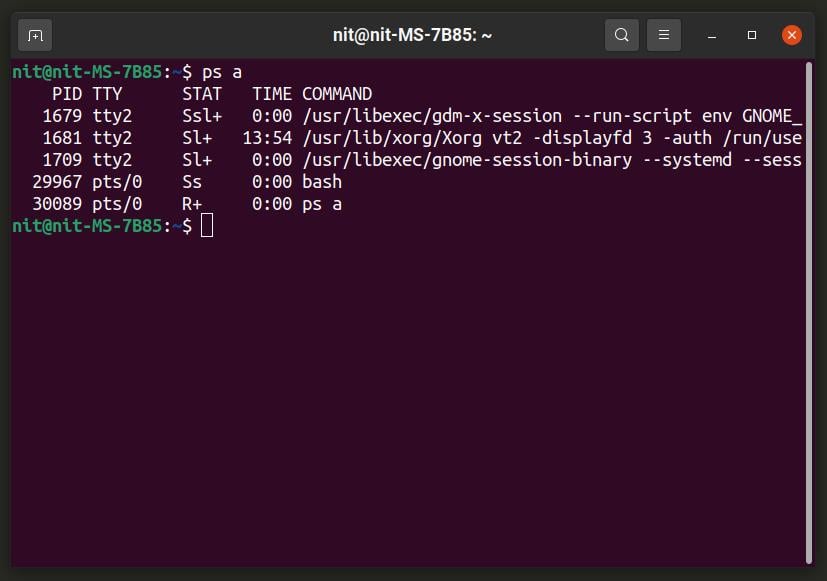 You won’t need to install “ps” in your Linux distribution. However, if for some reason it is not available, you can search for it in the package manager.

To run “ps”, use the following command (replace user name):

You can learn more about “ps” by using the following two commands:

Pstree works similar to the “ps” command, with a unique “tree view” feature . It can show processes and their child sub-processes in a tree format, allowing users to better monitor running tasks. 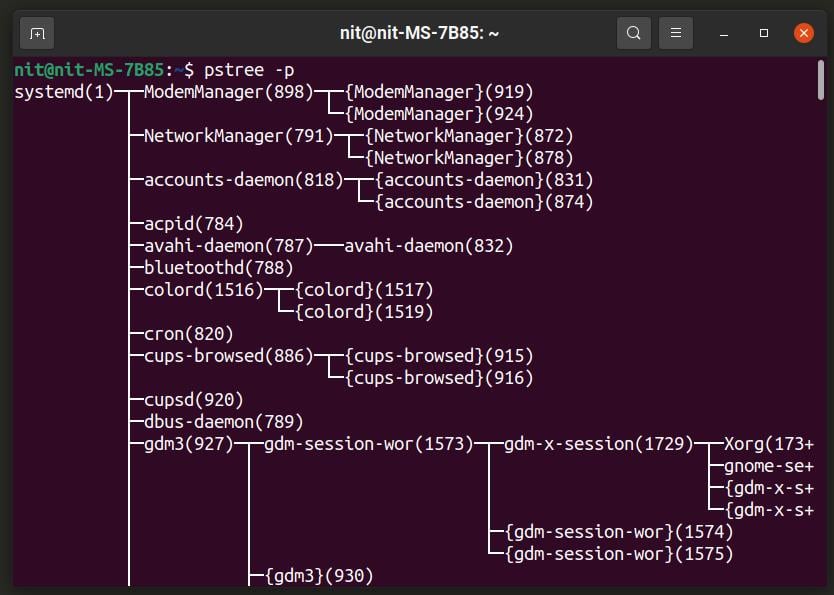 To show processes and subprocesses along with their their process IDs, use the following command:

You can learn more about “pstree” using the following two commands:

Glances is an open source and cross-platform process monitor tool written in Python. It features a ncurses and text based interface that can be viewed in a terminal emulator as well as a web based interface that can be viewed in any browser. The web based viewer requires a client-server setup, binaries for both are included in the official builds. Glances can show an overwhelming amount of information and it is much more powerful than other utilities mentioned in the article. You can customize it to show only limited information using its numerous command line options. 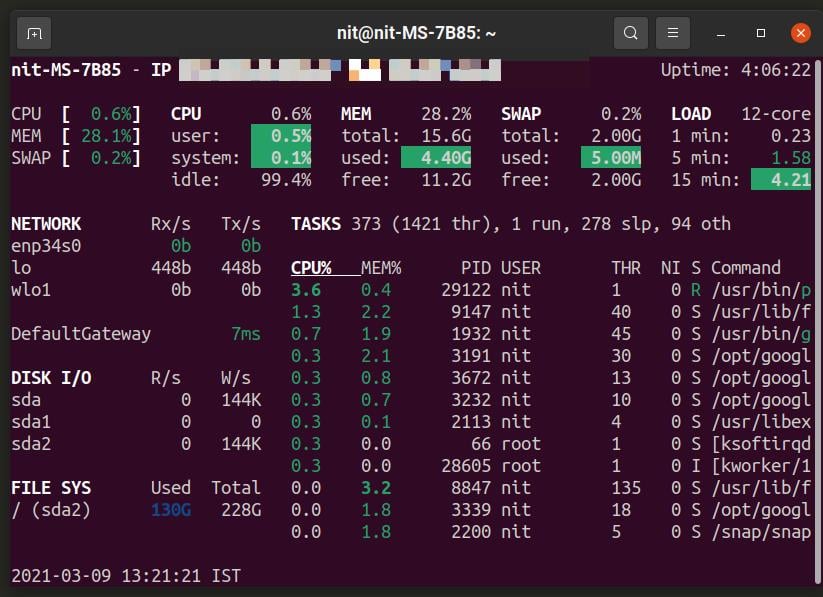 To install glances in Ubuntu, use the following command:

You can install Glances in other Linux distributions either from the package manager or you can follow official installation instructions available here.

To know more about Glances, using the following two commands: