Do you have an old PC at home which is not in use because of modern-day operating systems requiring high-end resources? Well, you can bring that PC back in working condition with some lightweight distributions from Linux. There are plenty of small footprint Linux distros that are reliable enough to carry out your daily personal work.

These distros are so tiny that they don’t even get enough limelight. So, today I’m going to introduce you guys to the smallest Linux distributions. These distros listed here are going to bring old computers to life. Let’s get started.

Originally created by Barry Kauler in 2003, Puppy Linux is one of the smallest Linux distros sizing less than 300MB. It is a great operating system for home users, especially for old computers. Even though it is a small footprint distro, it is fast and highly customizable. 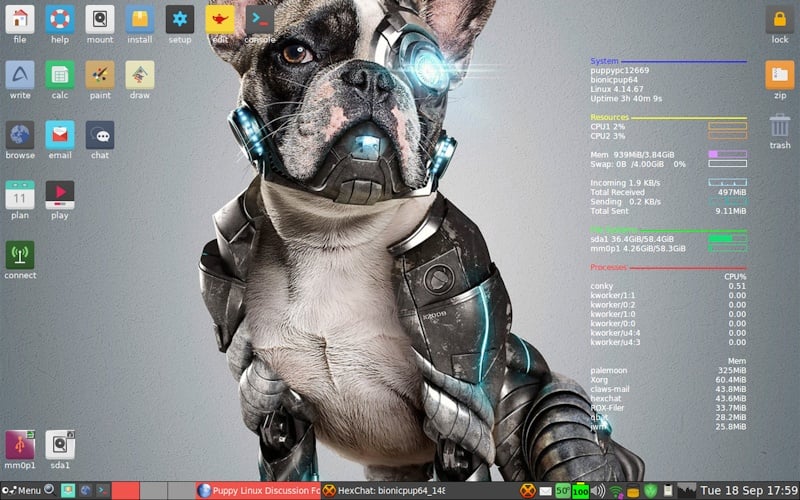 Bodhi Linux is a lightweight Linux distribution based on Ubuntu. It features a fast and fully customizable Moksha Desktop, a window manager. The idea behind developing Bodhi Linux is to have distribution with a minimal base system to use as much as space to install the software they want. 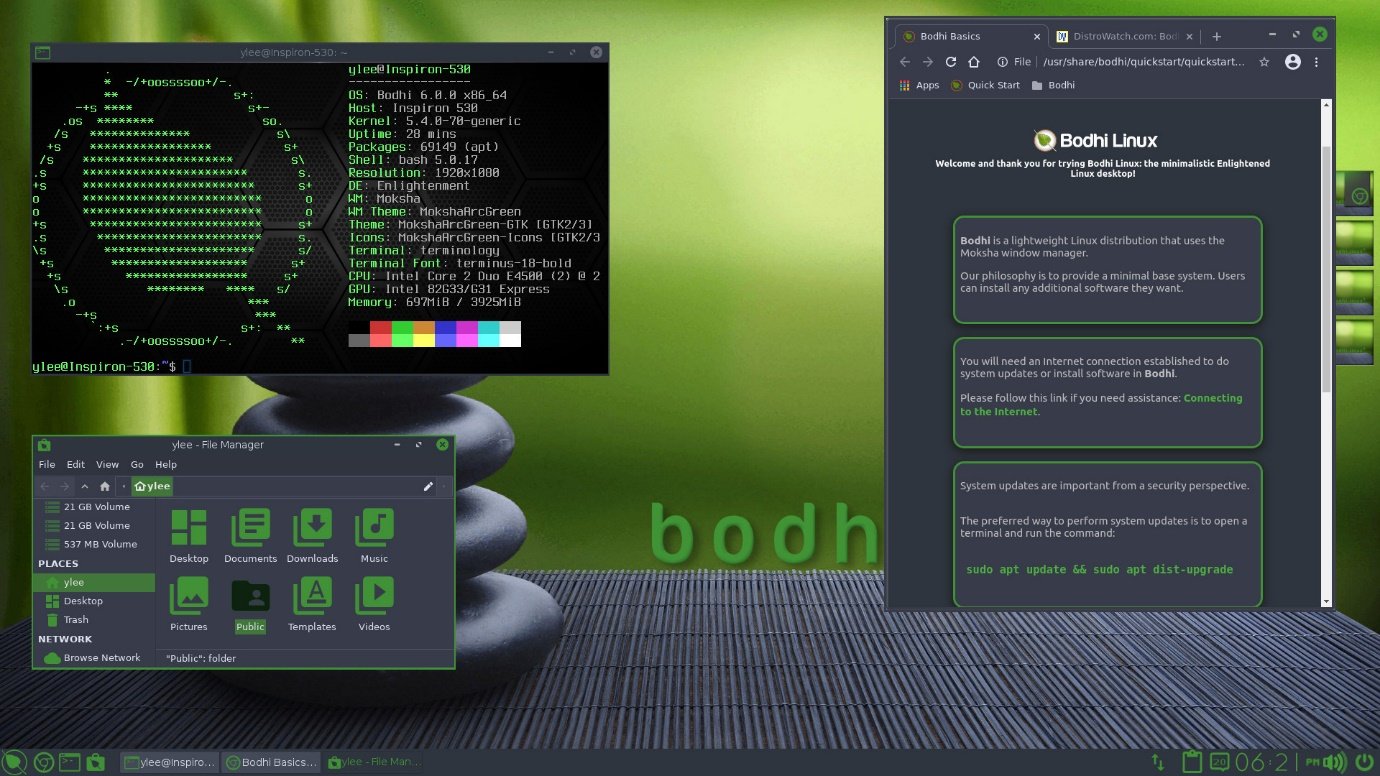 Bodhi Linux is one of the smallest open-source distros, and it has the most modern-looking interface, which is also easy to use. Bodhi Linux 6.0.0 is the latest release built on Ubuntu 20.04 LTS Focal Fossa at the time of writing.

As the name suggests, Tiny Core is one of the smallest Linux distributions. It is a minimal Linux Kernel-based operating system focusing on offering a base system using BusyBox and FLTK. Console mode requires only 11MB, while GUI mode requires merely 16MB of space. If you have 64MB RAM, Tiny Core Linux functions effortlessly without GUI. 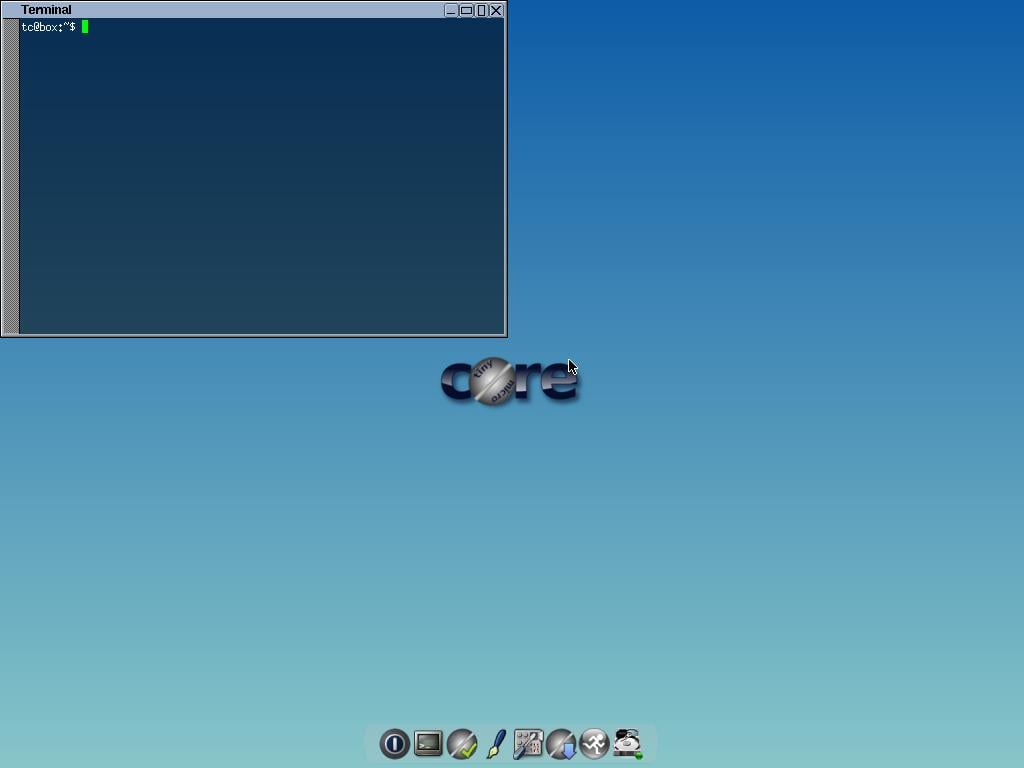 You can not call it a complete desktop operating system; rather, it is core needed to boot into a very minimal desktop. As you can see in the above screenshot, it has a very minimal user interface that is simple and easy to use.

Porteus is a portable Linux operating system based on Slackware. This Linux distro is so small that it doesn’t require installation, can be run and used from removable media such as a USB flash drive. 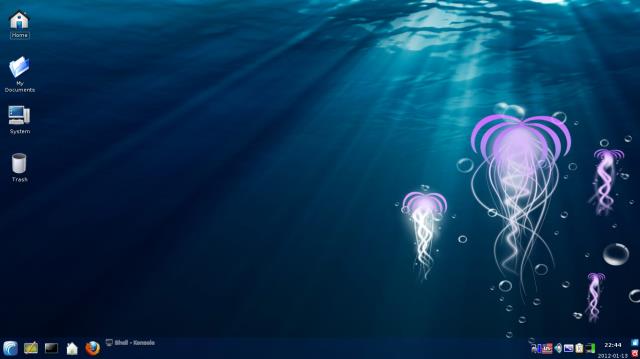 It is under 300MB in size but insanely fast as compared to other operating systems. It comes in both 32-bit as well as a 64-bit versions. Porteus is a great tiny Linux distro that works smoothly on older computers with low hardware resources.

ArchBang is a lightweight live (rolling release) Linux distro based on Arch Linux. You can call it a lite version of Arch Linux; still, it is a powerful and flexible distribution. It requires just 256MB of memory space and 700MB of disk space to function normally. 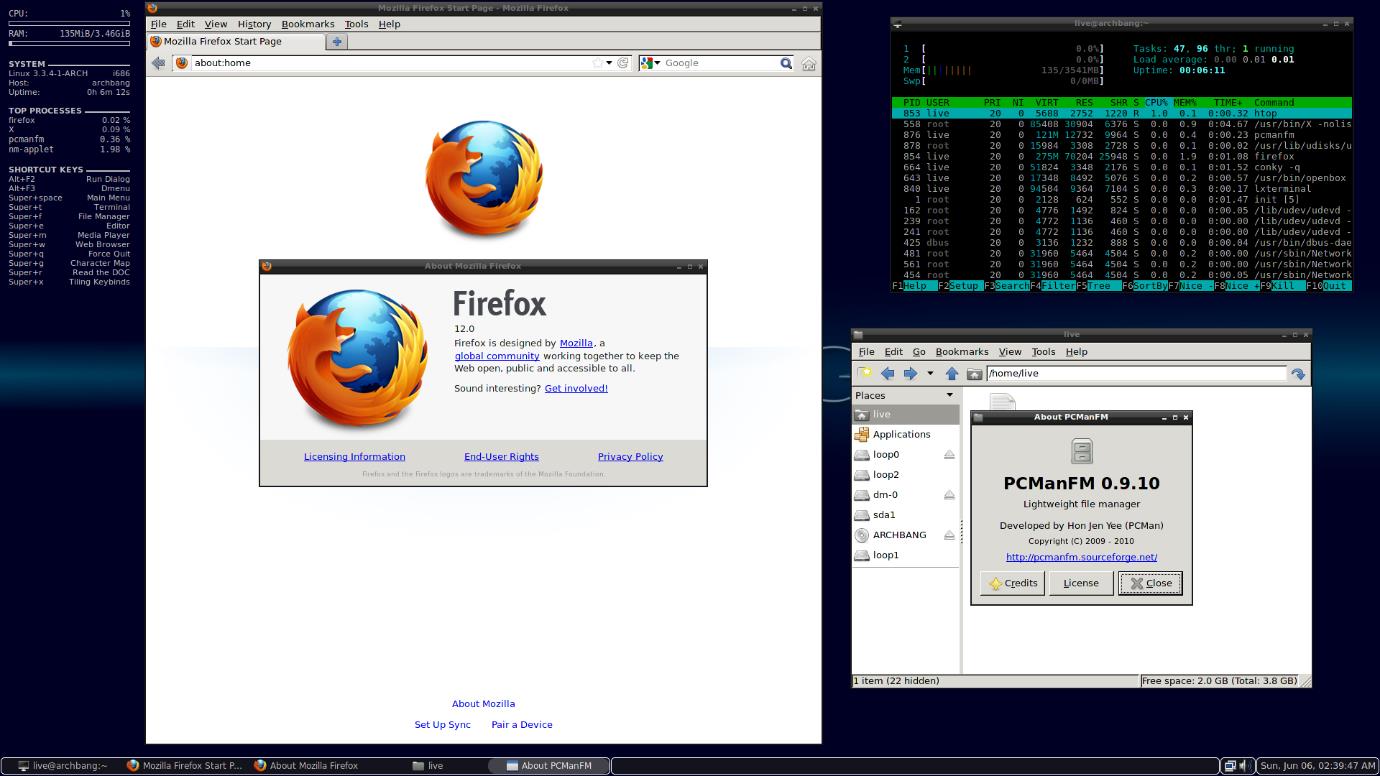 As it is a rolling release nature Linux distro, you do not have to worry about updates, as it always stays up to date. Even though it is small in size, it is still one of the fastest and stable Linux distros.

Linux Lite is another lightweight Linux distribution; it is based on Debian and Ubuntu. The distribution also includes a set of Lite applications to make it further lightweight. It has an intuitive user interface that looks similar to the Windows desktop interface. 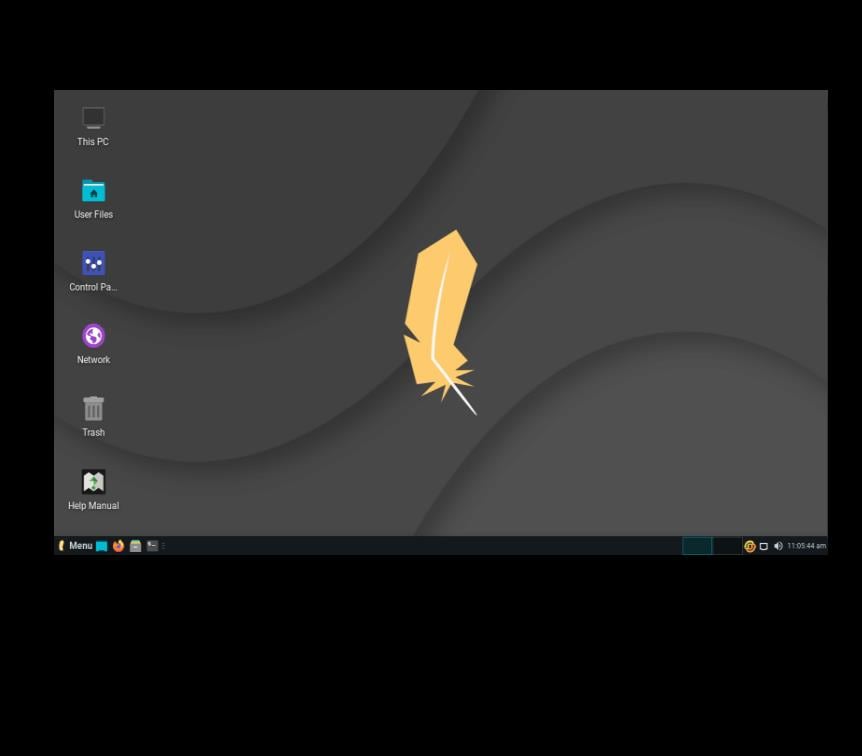 It is a free operating system based on the Ubuntu Long Term Support release. Users switching from Windows to Linux will find it a smooth transition with this Linux distro. Talking about storage requires only 8GB of disk space, 768MB RAM, and 1Ghz of CPU.

Absolute Linux is one of the smallest Linux distros based on Slackware Linux. It is the tiniest Linux distro that works effortlessly on older computers. 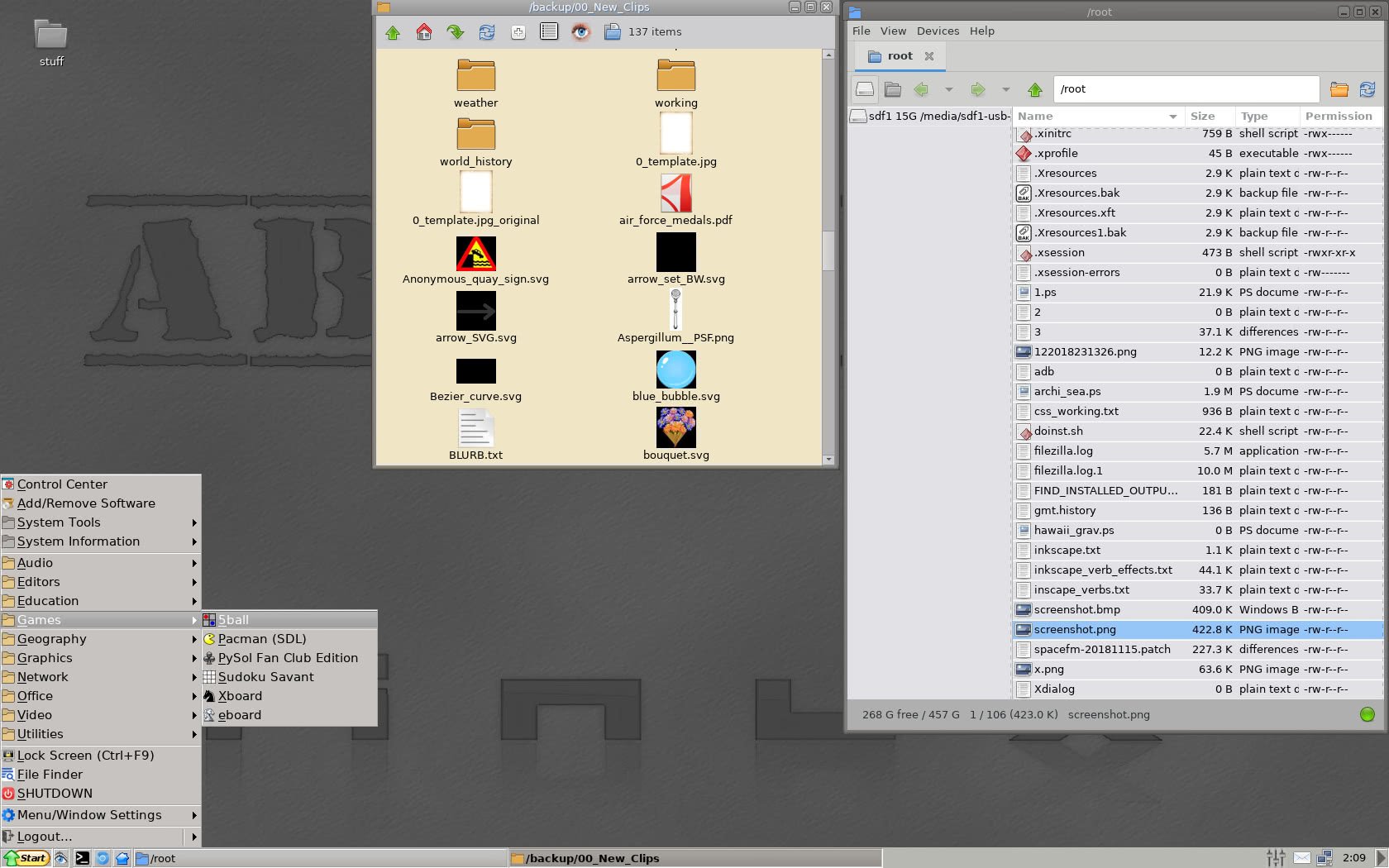 It comes with the latest pre-installed software such as Kodi, Inkscape, GIMP, LibreOffice, Google Chrome, and many more widely used applications. The installation process is text-based, which is very simple; once installed, it is very easy to use.