Practical Extraction and Report language or we can say Perl is an interpreted high-level language quite like C language. This general purpose, open-source language was released in 2000 by Larry Wall.

Main purpose to develop this highly structured language was text processing. Perl language helps to extract the required details from a text file and later convert it into another format. It is a versatile language, you can run it on different platforms i-e, Linux, macOS, Windows.

To install the Perl programming language on Linux mint 21, follow the procedure as mentioned.

Update the apt cache before starting with Perl installation:

After updating, execute the command given below to start downloading:

As with the passage of time, Perl comes along with the updated versions. So, we need to check which version is installed in our system, type to confirm:

Next step is to verify if Perl interpreter is also installed in Linux Mint 21 system, run the command to get the path of Peal binary files:

Whenever you create Perl language files, the .pl extension will be used to save the file.

Let’s create and edit a Perl file using nano editor, as it is the easiest way, type in terminal. (Add a file name of your choice. The following command will create a file of the mentioned name and open it in the nano editor). 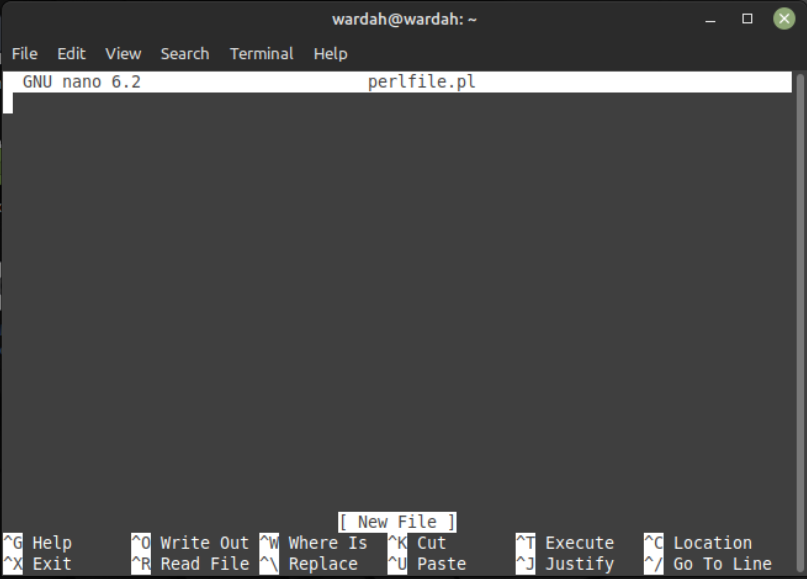 (Keep in mind the syntax of Perl language, the script will start from #!/bin/perl syntax. It shows you are working on a Perl file)

As the nano editor opens with the perlfile.pl file, you can add anything. It may be a code or you can just print simple line text.

Here is the short program to start with the Perl language. Write the following program in nano editor:

print(“Hello this is my experience with Perl language”); 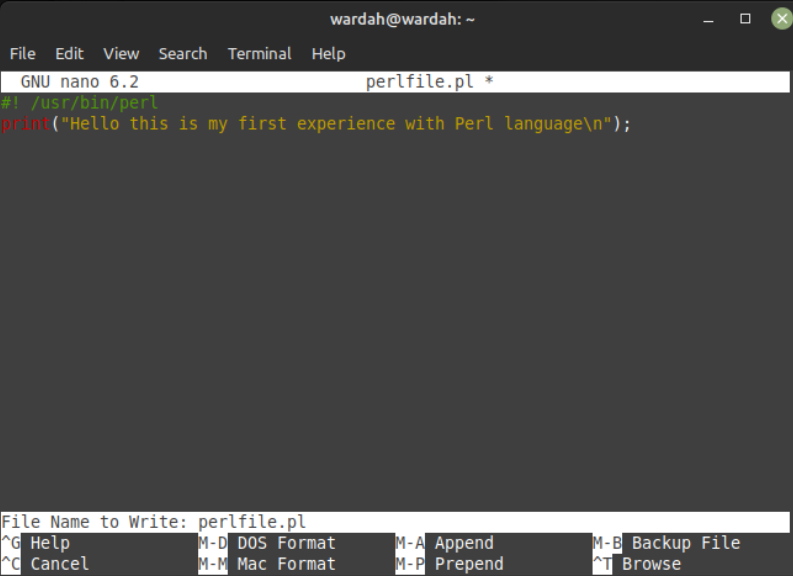 Save this file and close the editor.

Open the command-line to run this file and check if our output is displayed or not by executing the following command:

Perl language is like C language, and easy to understand if they have knowledge of C and C++ language. The general purpose of developing this language was text processing as it comes with both procedural and object-oriented programming support. This article has given a brief step by step learning guide about the Perl language. We have learned how to install the Perl language on Linux mint 21. Furthermore, we have created a sample file with a short Perl script using nano editor and run it on terminal.