The RGB module is similar to RGB LEDs so, in this write-up, we will explain the method by which we can interface the RGB module to produce different color shades.

How to use RGB module with Arduino

The RGB module is similar in construction to the RGB LED, so understanding the usage of any of them with Arduino is enough to use the other. We will consider the RGB module; which is of two types, one is a cathode-common RGB module and the other is anode-common RGB. From the name, it is clear that in one module, the cathode is common and in later, an anode is common.

The working of both types is similar, the only difference is in connection like in the cathode RGB module we have to connect one leg to the ground, and in the anode RGB module, the one leg is connected with 5 volts. 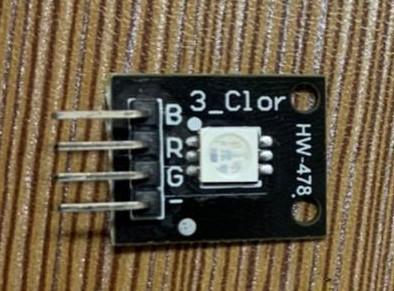 In the figure above, the negative (-) sign is indicating, it is a cathode common RGB module.

How to create a new color shade

We have a color chart available on the internet as well and it is given in the next section, for different colors, there are different values of primary colors as a result of which we can visualize that color. For example, if we want the white color shade, we have to use the maximum values of all primary colors which are 255 in decimal, as a result of which we can get the white color. There are values of some other colors given in the figure: 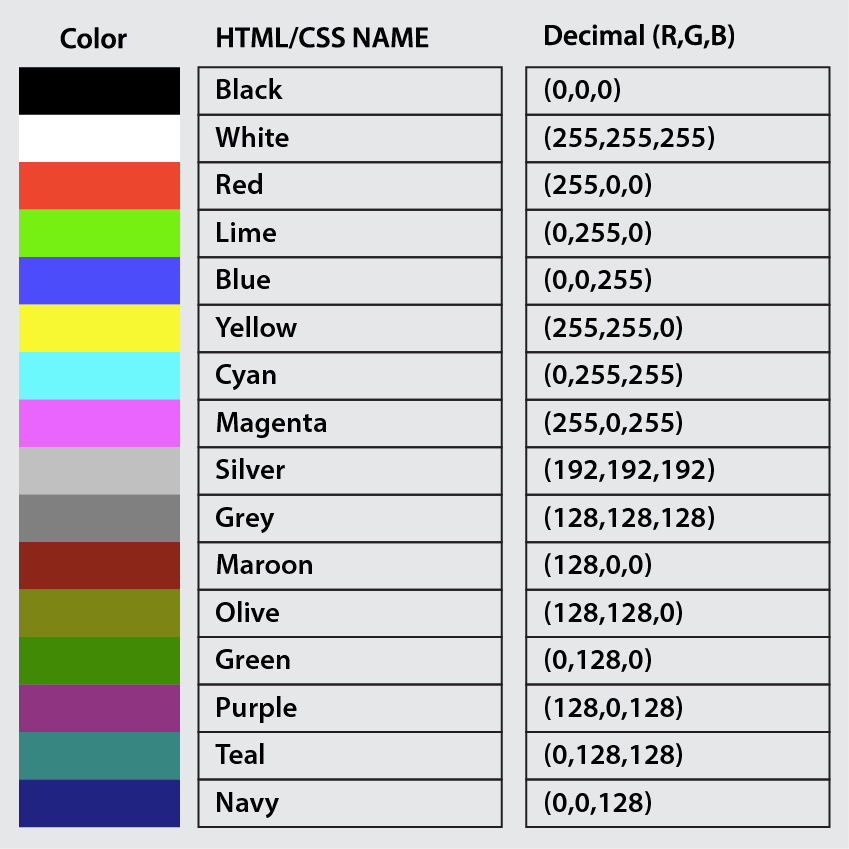 In the above figure, the colors and the values to have them in hexadecimal and decimal are given.

We will use the following Arduino code for getting different colors using the RGB module:

In the above code, we have used different functions:

void RGB_output(): This is a user-defined function, in which we passed three integer values and set the proportion of every color according to which it glows to have a shade like for white color, we will pass 255 in each parameter so every primary color will bright according to its full value and as a result of it, we get a white color in output.

void loop(): Here we called the function repeatedly with a delay of one second.

For the circuit of the RGB module with Arduino, we need the following components:

The circuit diagram will be: 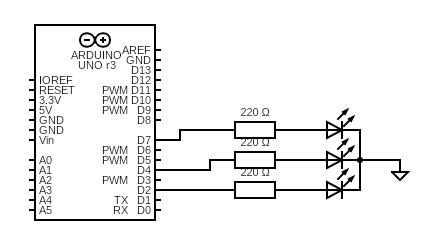 In the above circuit, we have connected three resistors in series with each pin of Green, Blue, and Red, and the common module is connected to the ground because it’s a common cathode module. The resistors are connected to digital pins of 2, 4, and 7 of Arduino.

In the simulation of the above circuit, we used the cathode-common RGB LED so we connected the common point with the ground:

The hardware configuration is: 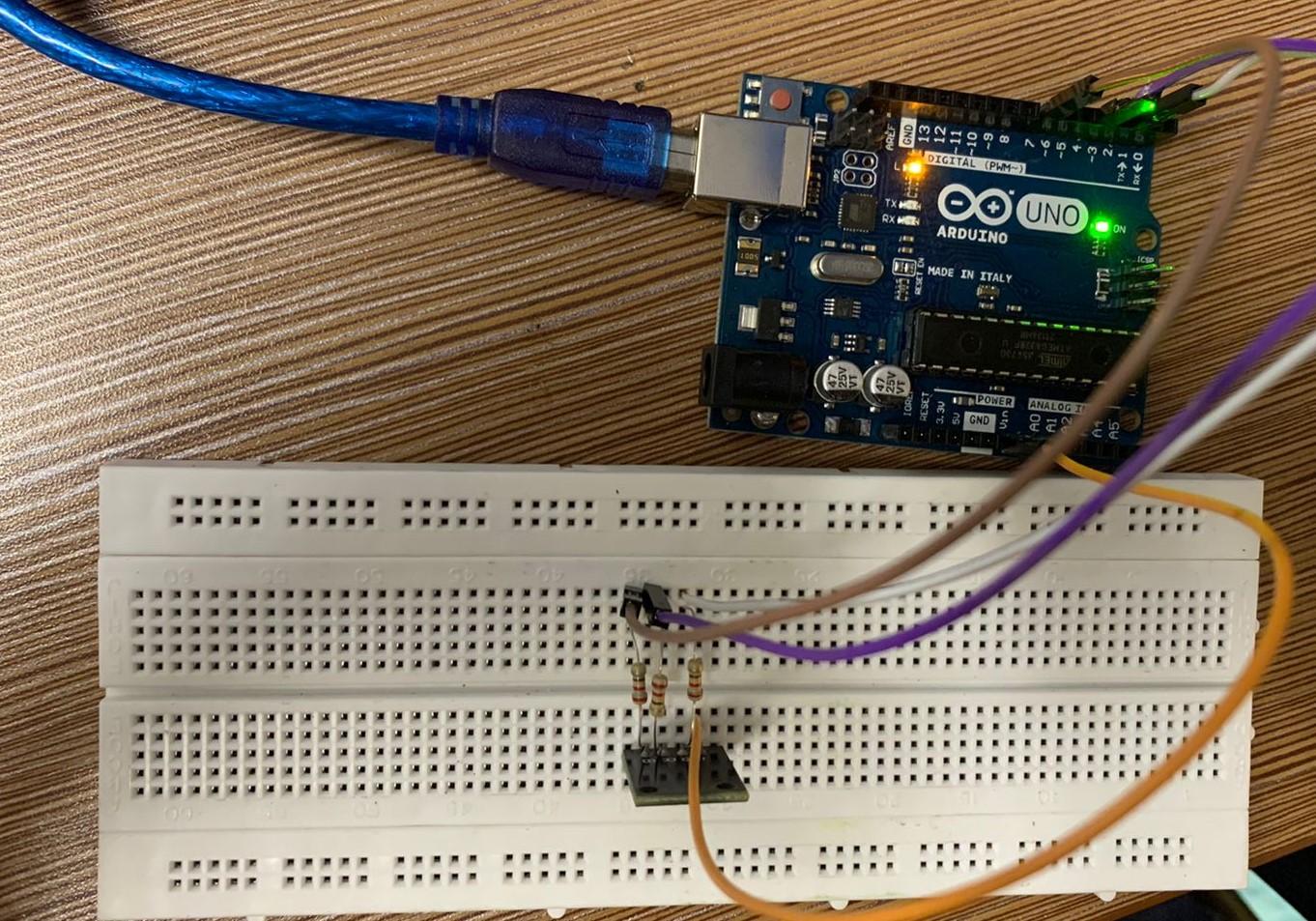 In the hardware configuration:

The working simulation of the hardware configuration is: