There are various situations where you need to restart the network on Linux Mint, such as you are not able to connect, or the network speed is slower than usual. It might be that the network settings have been altered, or that the network connection isn’t operating correctly for no apparent reason. So, generally, whenever such a problem occurs, a common treatment is to restart your network. Restarting a network restores all network related settings. This guide is focussing on how you can restart your network on Linux mint.

There are several techniques you can use to do that, that includes the GUI and the terminal. Follow the one that suits you most depending on your preferences.

Restarting a network using a Graphical user interface (GUI) is a simple task to do. You can do that by clicking on the “Network” icon that you can find on the bottom right side of the screen, as shown below. 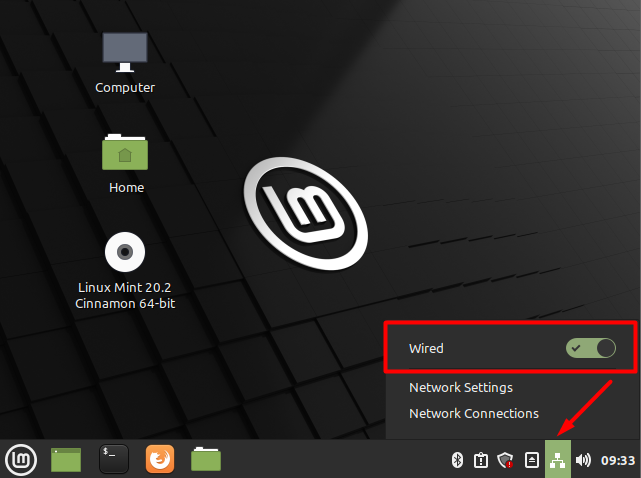 As you can see, currently the network is set to WIRED and ON, which can be verified by the green tick. To restart it, you simply need to turn it off and again turn it on.

It can also be done by going into the “Network Settings” from the “Menu” tab. 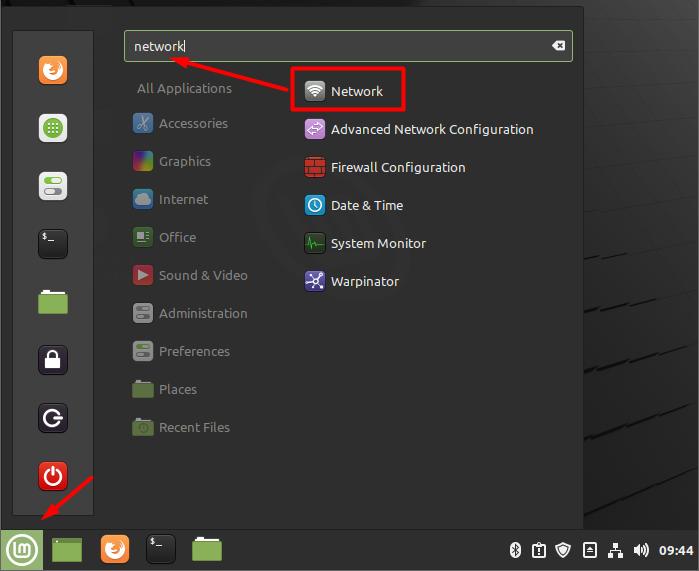 How to restart a network on Linux Mint using a terminal

You can restart your network by opening a terminal and typing:

After executing this command in the terminal the network will be restarted. You can also do that by using nmcli command, and for that, you need to type:

And later you can turn that on by typing:

How to restart a network on Linux Mint using NMTUI utility

The network manager text user interface or NMTUI is another utility that can restart your network. This command can be run straight from the terminal, you can configure your network interfaces using a graphical display after typing.

This command will open a new interface where you will see multiple options. As the image indicated below you need to select the “Activate a connection” option. 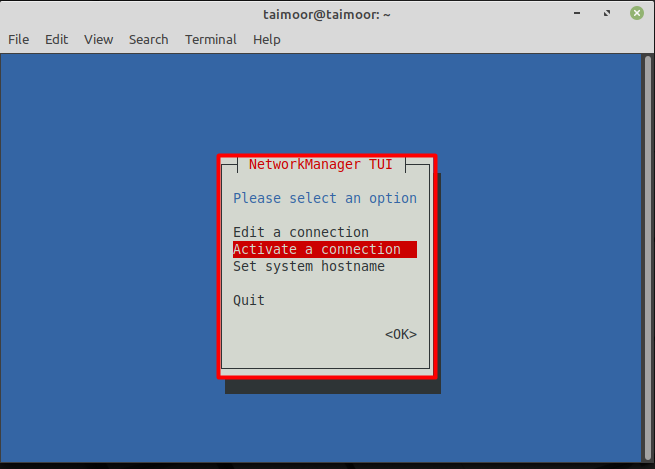 After that, you will see a new window where your network will display along with a “Deactivate” option. You can select that option by simply pressing the “Tab” key and then hitting Enter. 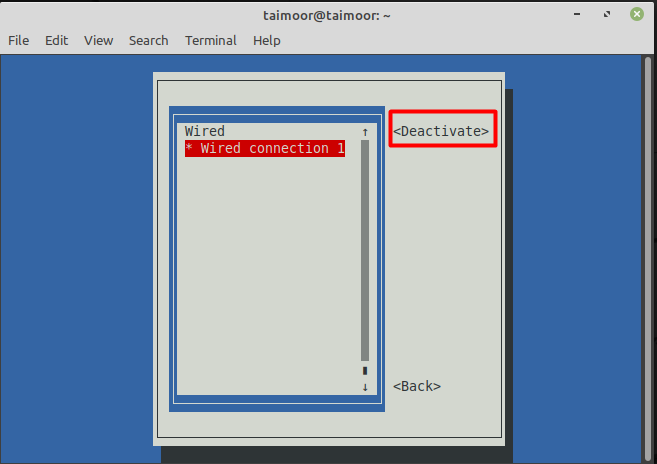 After deactivating the network, it will also prompt you with a message that the network has been disconnected that you can see from the top right corner as displayed below. 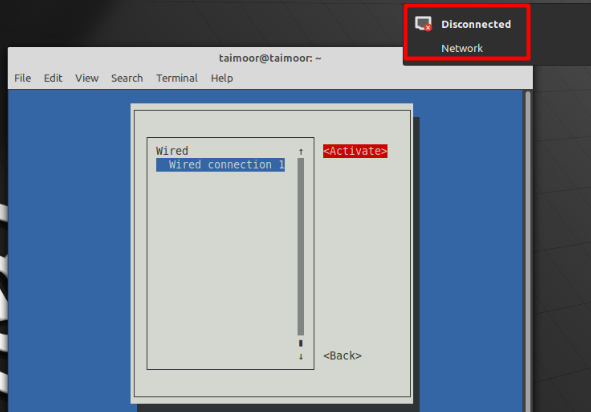 Later you can establish a connection again by selecting the “Activate” option. After that, it will again prompt you with a message that the connection has now been established so that you can restart your network using the nmtui utility. 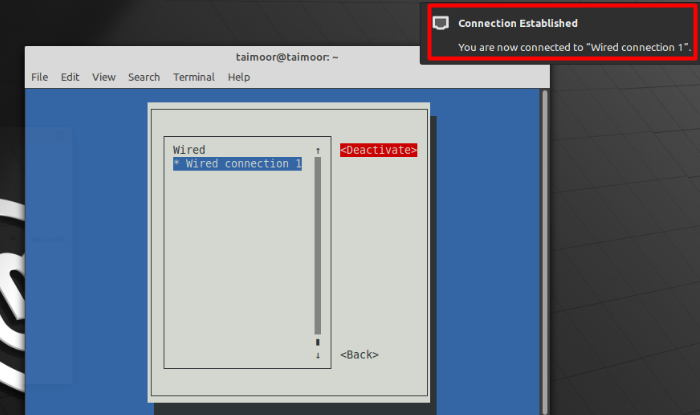 When using Linux Mint OS, there are times when you are unable to connect to the internet, or your network connection is slower than it should be. This is where you should try to restart your network, which is one of the most basic approaches to resolve such problems. So we’ve shown you how to restart your network in this article. We have mentioned two distinct ways to do it: one with a GUI and the other with a terminal. You may use whatever technique suits you best.