A Personal Package Archive (PPA) is a repository of software packages for Linux systems. It allows developers to build and distribute software packages directly to users, without going through the official distribution channels. So, if you are new to Linux and have installed some applications through PPA and now want to remove those repositories then read this guide.

How to Remove PPA Repositories from Linux Int 21

One way to remove the PPAs from Linux Mint using its terminal is by executing the purge command with the name of the repository, below is the syntax that one needs to follow:

For illustration I have used the above -mentioned syntax to remove the PPA repository of papirus theme from Linux Mint: 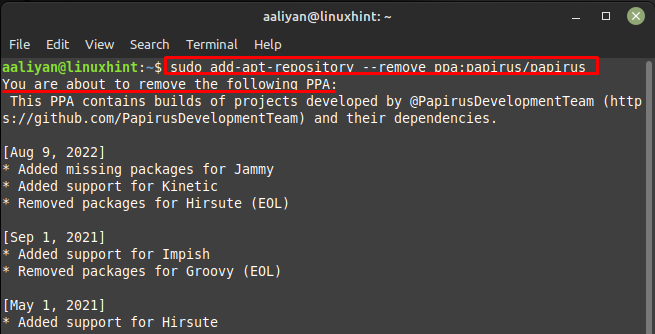 Another way to remove PPA repositories from Linux Mint through the terminal is by removing from sources list, for that use the following syntax:

For illustration I have used the above-mentioned syntax to remove the PPA repository of libreoffice from Linux Mint 21:

One of the easiest ways to remove repository on Linux Mint is by removing it using the Software Sources application and for that here are some steps that one needs to follow:

Step 1: Open the Software Sources application through the Linux Mint application menu as in the image: 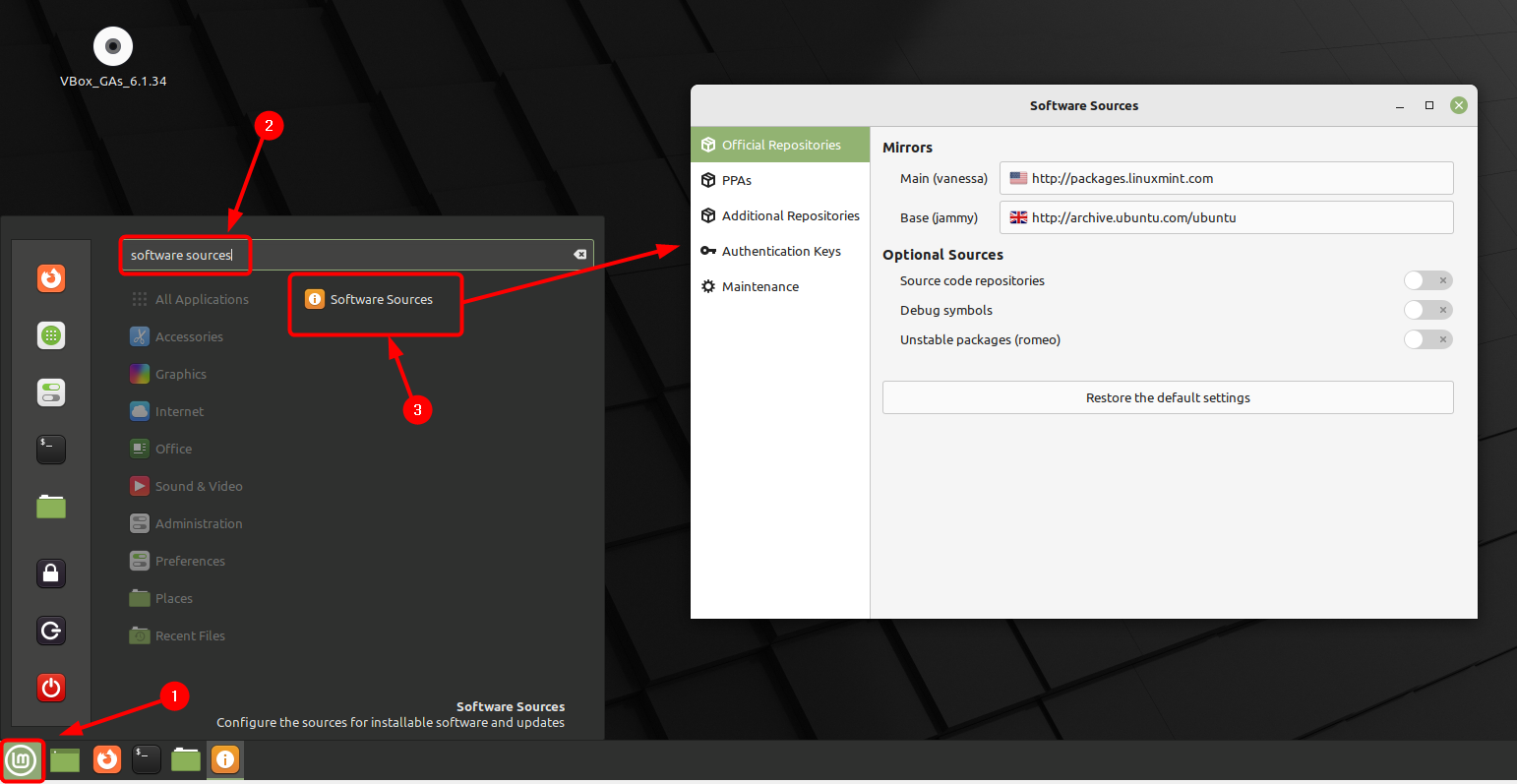 Step 2: Next click on the PPAs option on the left and then select the repository you want to remove and then click on Remove button to delete that repository: 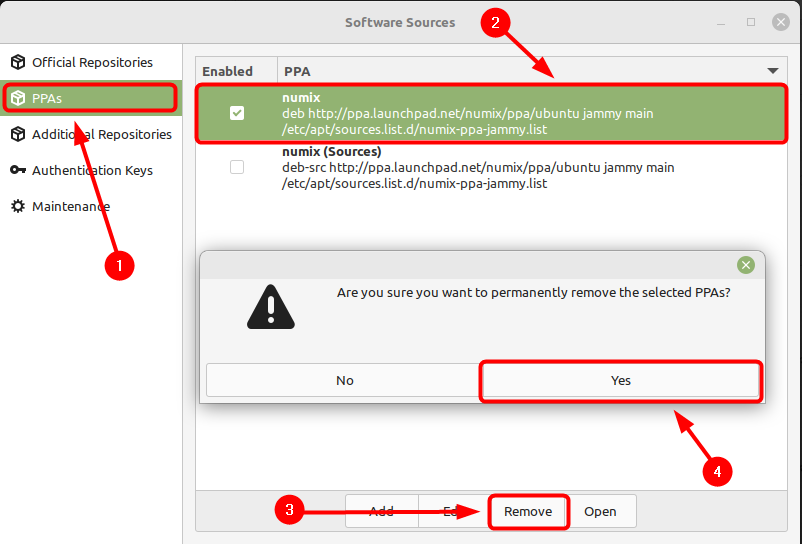