This article covers a list of open source media center / home theater software installable on Linux. Media centers can play audio, video and other media files, but they are much more advanced than typical video players. They pack numerous additional features like library management, metadata downloading, streaming server and file sharing. Note that this article only lists media center applications that can be installed on Linux distributions either in client or server form. It doesn’t cover dedicated media center operating systems.

Kodi is one of the most popular and widely used media center / home theater applications available for a number of different devices and operations systems including Linux. It can organize and play both offline and online media files and you can even use third party online streaming services within Kodi itself. It is one stop application suite for all your content consumption needs, and it is backed by a huge community and team of developers. You can extend it using thousands of official and third party add-ons, to the point that it can almost do everything that a basic OS can do.

Kodi supports a multitude of devices including smart TVs, Android phones, embedded devices and other portable hardware. It also features touch optimized themes and user interface layout for improved usability on touch based hardware. Some OEMs that sell home theater devices use Kodi as base. Kodi JeOS (Just enough OS) like LibreELEC are also available that allow you to use Kodi as a standalone operating system based on Linux. In addition to local media consumption, Kodi also allows you to stream Live TV and record live content. Other features of Kodi include support for remote controls and a web interface. 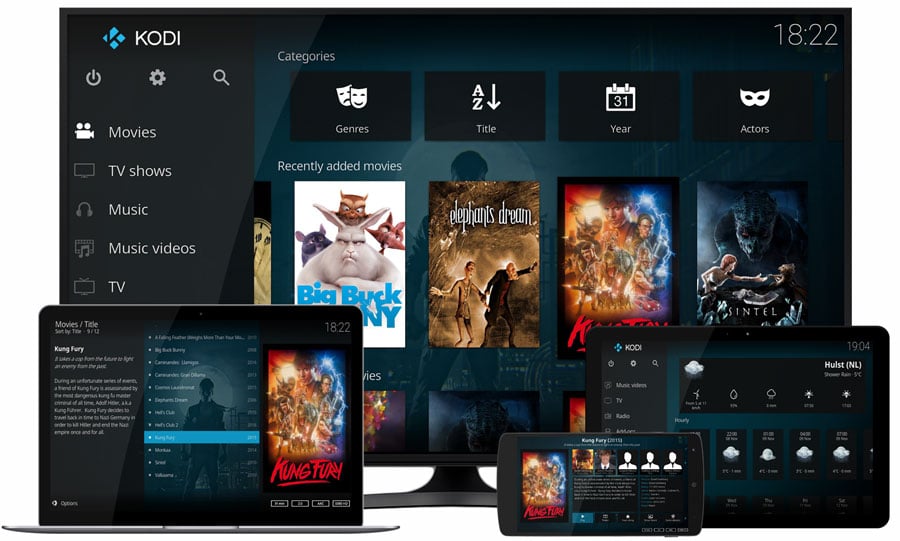 You can install Kodi in Ubuntu by executing the command specified below:

Jellyfin is an open source media streaming platform. Based on the client-server architecture, you can use it to set up a local server on your Linux machine or install it on a remote server. Once the server is running, you can access the media center in any browser of your choice. Apart from audio and video streaming, Jellyfin also supports live TV and footage recording. Since Jellyfin runs in a browser, you can access it on any device that supports a web browser if you have already set up a remote server. 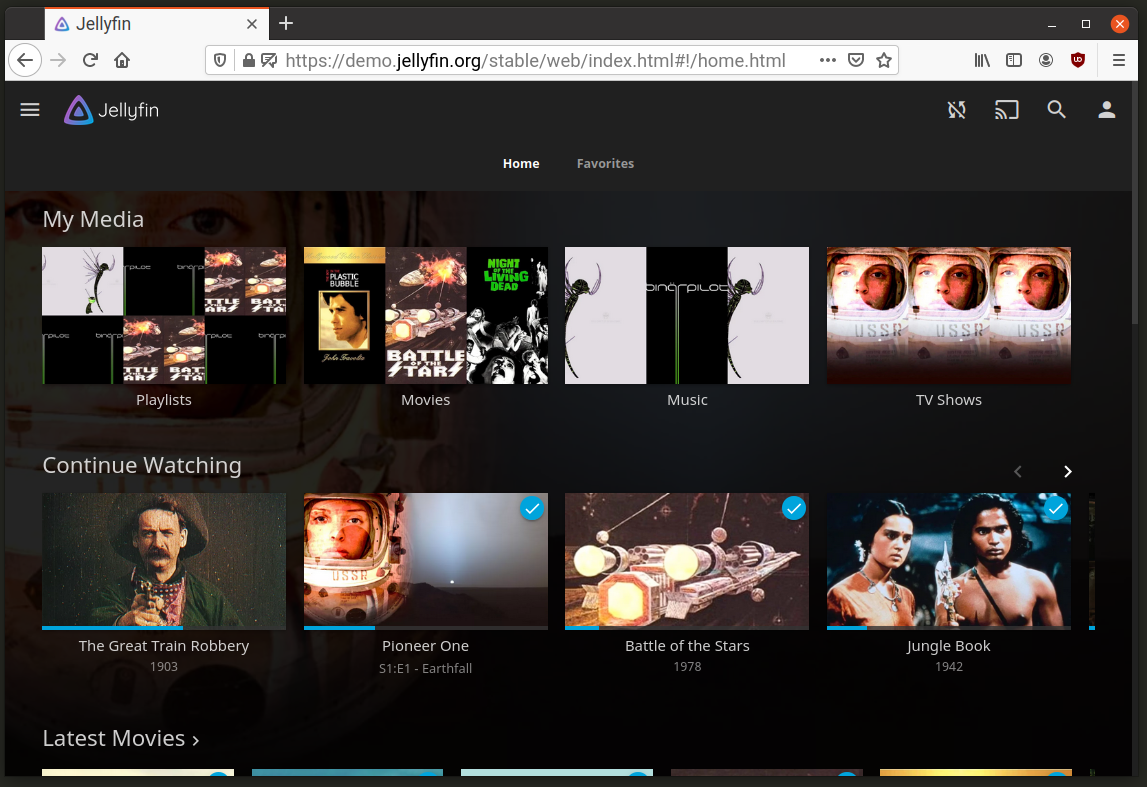 Jellyfin packages and usage instructions for all Linux distributions can be found here.

Gerbera is a media center application based on UPnP technology. You can set up Gerbera as a home streaming solution on any Linux device and then stream content on any UPnP enabled device. It features a web version with a side panel and a tree style user interface for easier access to media files. Gerbera also supports some external content services. 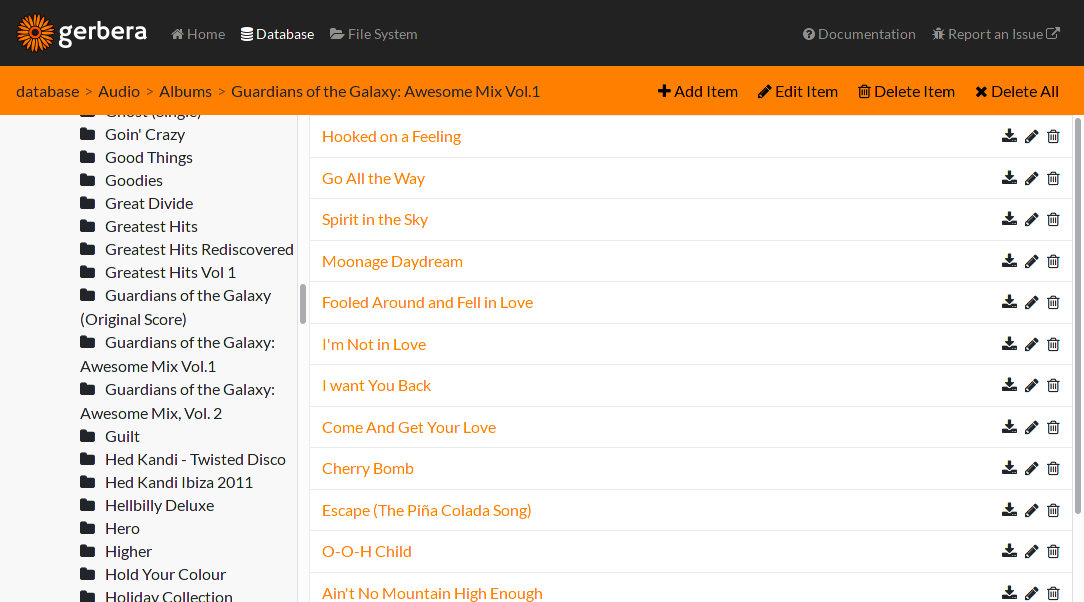 You can install Gerbera in Ubuntu by executing the command specified below:

Universal Media Server provides a server application and web interface to access your media files in a web browser. It can be used to stream content on any DLNA or UPnP enabled device. You can also use some online streaming services and RSS feeds to consume content. It also features a built-in subtitle downloader that can quickly get subtitles for live streaming content. Universal Media Server is open source and cross-platform and comes with a graphical configuration utility for easy setup. 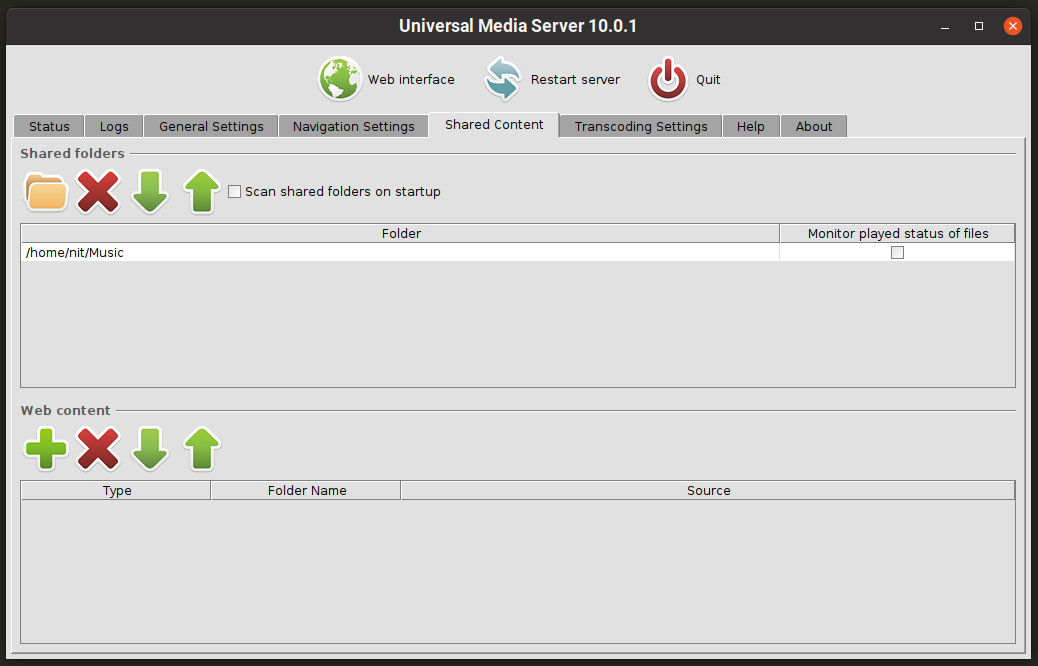 You can download packages for Universal Media Server for all major Linux distributions from here.

Stremio is an open source media center application that can stream local as well as remote content. You can use its library organizer to filter content by metadata and sync your watch progress on multiple devices. It works on a number of devices and an Android version is also available to download. Stremio functionality can be extended through a number of official and unofficial add-ons available on its website. 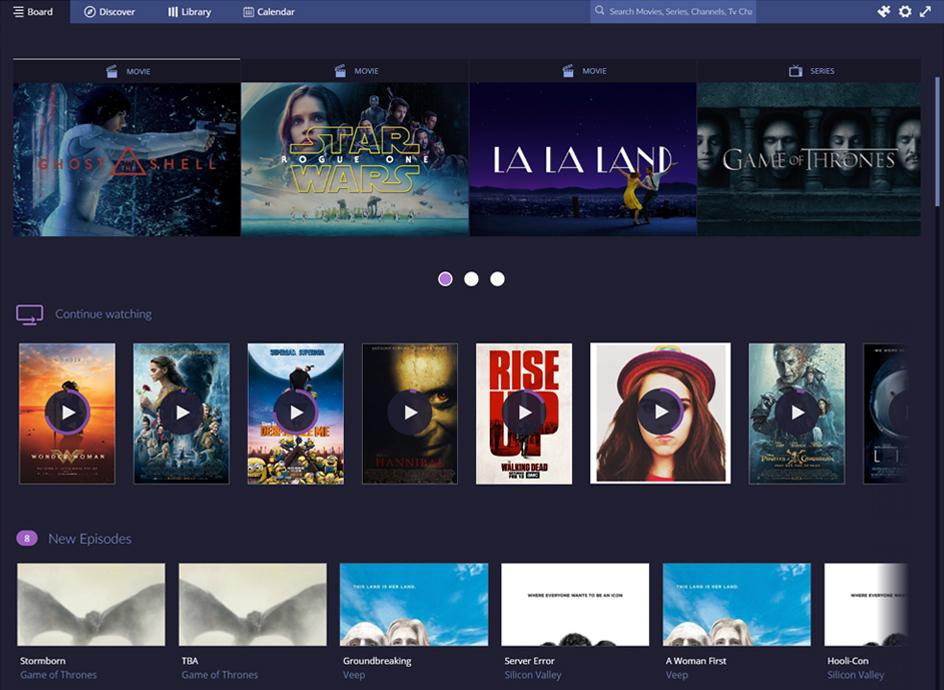 You can download Stremio for all major Linux distributions from here. (Image credits)

These are some of the most widely used media center / home theater applications available for Linux. Some of these applications have been in development for quite a long time and almost all of them provide a web based interface to stream content from remote servers.