The best thing about being a Linux user is, it always provides several interesting ways to work with it. Similarly, to check present network interfaces on Linux Min 21 can be found using multiple command-line tools.

Following are some popular command-line utilities to find list of network interfaces on system:

Let’s start with how they work:

To display network interfaces using this tool, follow the command:

As the name describes, netstat (network statistics) is used to report network-related issues like connections, protocol statistics, and routing. When executing a netstat command on a Linux system, it generates a report that prints system network statistics on the terminal.

The tcpdump command is an analyzer tool that captures network traffic of a system. It’s a versatile packet sniffing tool that inspects system connectivity issues and filters them.

Run the mentioned command to check its working: 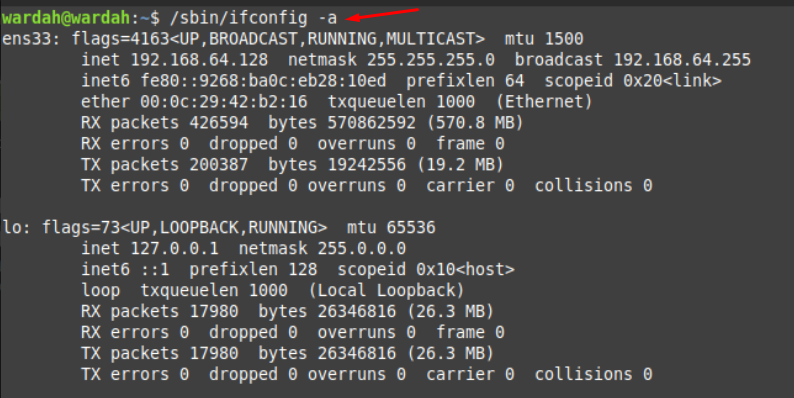 Network interface of any system means a software network connection to the hardware device. There are two categories of network interface i-e physical and virtual. We have seen multiple command-line options in this article to list down network details of the updated version Linux mint 21. Some of popular and easiest one commands are ip command, netstat command, nmcli, if_config and tcpdump command.