Each Linux distribution is designed with a different use case in mind, and the same distribution can be perfect for one user and unusable for another one. That’s why the distributions in this article aren’t listed in any particular order and are numbered just for the sake of convenience.

Red Hat Enterprise Linux is the gold standard when it comes to commercial Linux distributions. Available for workstations, mainframes, servers, and supercomputers, Red Hat Enterprise Linux is a highly polished distribution capable of providing 99.999% uptime. It holds 17 world records on industry-standard benchmarks, and it has become the most deployed commercial Linux distribution in the public cloud thanks to its support for thousands of software applications and hardware devices.

Red Hat Enterprise Linux recognizes that even Linux distributions aren’t safe from potentially devastating cyberattacks, and it implements security into the lifecycle of the distribution, using system-wide security policies so apps automatically use the appropriate cryptographic package and implementing a predictive IT analytics service that identifies potential issues before they become problems.

CentOS (Community Enterprise Operating System) is a free server Linux distribution that maintains compatibility with its upstream source, Red Hat Enterprise Linux. There are several differences between CentOS and RHEL. CentOS is a community-developed and lacks enterprise-level support. CentOS also tends to be slightly behind RHEL, but that’s hardly ever an issue in the enterprise segment. Also worth mentioning is the fact that CentOS lacks certified cryptographic protection required on government networks.

Because CentOS provides official images for Amazon, Google, and other platforms, even Linux newbies shouldn’t struggle to get it up and running. In fact, CentOS is a fantastic distribution for Linux users who would like to learn how to administer Linux servers because it costs nothing to use and has a thriving community around it that has created a wealth of learning resources, such as the excellent CentOS Wiki.

When you install CentOS on a server, you can rest assured knowing it will be supported for up to 10 years with security updates. Such a level of support is virtually unheard of outside commercial distributions, and it’s no wonder that the popularity of CentOS is growing steadily not just among hobbyist and enthusiasts but also among professional administrators and organizations. 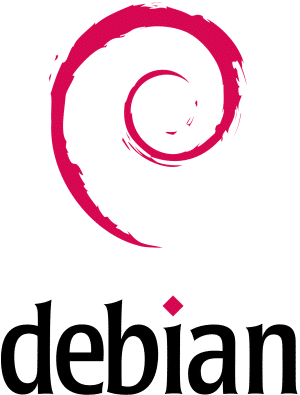 Debian is one of the oldest Linux distributions around, first released in 1993. Debian is committed to free software, and it formalized its commitment in a document called the Social Contract. This document states that Debian will always remain 100% free and give back to the free software community. The Social Contract has served Debian well over the years, keeping its developers on the right track and preventing the project from losing its focus.

There are three different branches of Debian, each offering a different balance of stability and cutting-edge software.

As its name suggests, the Unstable branch is intended for users who are willing to sacrifice stability to get access to the latest versions of software applications. This branch isn’t intended for enterprise users or anyone who isn’t willing to accept the fact that things might break from time to time.

After packages have undergone some testing in the Unstable branch, they move to the Testing branch, where they stay until they are deemed mature enough to be “frozen” and eventually declared stable. The Testing branch is popular among users who use Debian on desktop computers, while the Stable branch is considered to be suitable chiefly for servers. 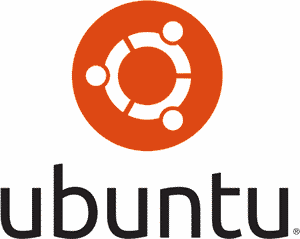 Ubuntu is largely responsible for popularizing Linux as a desktop operating system. As is so often the case in the world of Linux, Ubuntu stands on the shoulders of a giant, Debian. Yes, this Linux distribution is based on Debian and compatible with some of its packages. The two distributions also share the same default desktop environment, GNOME 3, giving them a similar look and feel.

In addition to the desktop version of Ubuntu, there is also a version for servers, a version for Internet of Things (IoT) devices, and a version for public clouds like Amazon AWS, Microsoft Azure, Google Cloud Platform, Oracle, Rackspace, and IBM Cloud. All versions of Ubuntu are available for free, but the company behind Ubuntu, Canonical, offers optional paid customer support that starts at just $25 per year for desktops, $75 per year for virtual machines, and $225 per year for servers.

The desktop version of Ubuntu comes in multiple flavors, which are unique configurations of Ubuntu that are distributed as stand-alone Linux distributions and share Ubuntu’s archive of software packages. For example, Kubuntu offers the KDE Plasma Workspace experience, Lubuntu is a light, fast, and modern Ubuntu flavor using LXQt as its default desktop environment, and Ubuntu Studio is a multimedia content creation flavor of Ubuntu. 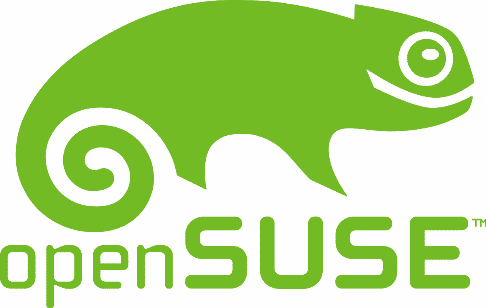 Formerly SUSE Linux and SuSE Linux Professional, openSUSE aims to create a feature-packed Linux distribution for sysadmins, developers, and desktop users. Unlike Debian-based distributions, openSUSE relies on the RPM Package Manager, the same package manager used by Red Hat and its relatives. From the point-of-view of the end user, there isn’t much difference between RPM and other package management systems, and virtually all software applications are available as RPM packages.

openSUSE lets its users choose between a rolling-release model and a more traditional release schedule by offering two versions of the distribution: openSUSE Tumbleweed and openSUSE Leap, respectively. openSUSE Tumbleweed is great for users who like to play with the latest software and dislike system reinstalls. openSUSE Leap receives tested updates according to a fixed release schedule, making it a good choice for users who value system stability.

Regardless of which version of openSUSE you select, you always get access to the broad selection of openSUSE tools, including Open Build Service (OBS), openQA, YaST, and Kiwi. These and other tools make openSUSE popular among developers and system administrators and set it apart from other distributions.

Arch Linux is an independent Linux distribution that marches to the beat of its own drum. Simplicity is the main principle Arch Linux tries to achieve, and this principle is embodied in four letters most Arch users are familiar with: KISS (Keep It Simple, Stupid).

Indeed, Arch Linux always chooses a simple approach over a complex one. For example, most system configuration is performed from the shell by editing simple text files, and the distribution’s own package manager, Pacman, combines simple binary packages with an easy-to-use package build system that empowers users to create their own software packages and share them with others. the Arch Linux User Repository (AUR) contains around 55,000 packages that are not available in the official repositories, and over 100 packages are added every week.

Arch Linux doesn’t have a default desktop environment, web browser, or music player. Instead, all users start with a barebones operating system and customize it according to their needs and preferences. Because the entire process is described in great detail on the amazing ArchWiki, Arch Linux is accessible even to Linux newbies and is a fantastic learning experience.

Even though the ArchWiki makes Arch Linux accessible to people with no previous Linux experience, not everyone wants to spend hours configuring a desktop operating system from scratch. For those who would like to enjoy the benefits of Arch Linux, such as its unique package manager and its emphasis on simplicity, without all the hassle, Manjaro is the best choice. This Linux distribution is based on Arch Linux and focuses on user friendliness, accessibility, and desktop computing.

Manjaro features the same rolling-release model as Arch Linux and it uses the same package manager as Arch Linux. The main difference is that Manjaro starts you off with a fully functioning desktop environment with excellent hardware support, sane default applications, and a large collection of multimedia codecs, allowing you to play anything from MP3 files to H265 videos without any tinkering.

Manjaro even has a couple of tools that can make Arch users green with envy, such as a wizard for switching kernels. Its community is very friendly and welcoming, and new users quickly discover that they can ask any question without the fear of being ridiculed by senior users.

In many ways, Linux Mint is to Ubuntu what Manjaro is to Arch Linux. The difference is that Ubuntu is already one of the most user-friendly Linux distributions in the world, but that didn’t stop Linux Mint developers from making it even more user-friendly.

On its website, Fedora states that it creates an innovative, free, and open source platform for hardware, clouds, and containers that enables software developers and community members to build tailored solutions for their users. This accessible Linux distribution is actually the upstream source of Red Hat Enterprise Linux, which is why it contains cutting-edge software and leading technologies.

Just like Ubuntu has its flavors, Fedora has its spins. A spin is a custom variation of Fedora with a different desktop environment than GNOME 3. There are spins built using the KDE Plasma Desktop, Xfce desktop, LXQt desktop, Cinnamon desktop, LXDE desktop, and SOAS desktop.

Users who would like to run applications on bare metal or the cloud with a Linux server OS packed with the latest open source technology can download Fedora Server, which comes with a modern administrator dashboard, advanced identity management, DNS, certificate services, and Windows domain integration. Also worth mentioning are Fedora CoreOS (a container-focused operating system), Fedora Silverblue (an immutable desktop operating system), and Fedora IoT (an operating system aimed at Internet of Things devices). 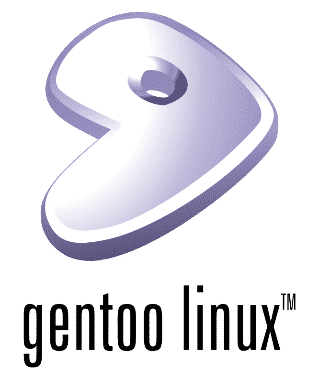 Gentoo is a unique Linux distribution because it doesn’t distribute software in binary packages. When users want to install a software application on Gentoo, they have to compile it locally from its source code. This method of installing software has its pros and cons.

By locally compiling software from source code, it’s possible to individually optimize each application for the specific computer to achieve the best performance possible. However, this takes a lot of time, and the performance gains may be insignificant.

Like Arch Linux, Gentoo doesn’t have a standard look and feel because all software is distributed in its original form, and because each user is responsible for configuring his or her own desktop environment. First-time Gentoo users can expect to spend anywhere between several hours to several days on the first installation. While this may seem like a lot of wasted time, the process is actually a great learning experience that allows users to become familiar with the parts of Linux most other distributions keep hidden.

Entering the large world of Linux can be overwhelming and daunting due to the sheer number of Linux distributions available. Instead of hopping from one Linux distribution to another, trying to figure out which of them is the best, it’s a much better idea to first learn about their differences and unique characteristics. After reading this article, you should have a clearer understanding of what each of the 10 major Linux distributions offers. Regardless of which distribution you ultimately go with, remember that you can always customize it to suit your needs and personal preferences.