GUI is a user interface that acts as an intermediate between the computer or electronic device and the user. What sets GUI apart from other user interfaces is that GUI employs graphical icons and visually pleasing themes to interact with the help of a pointer rather than text-based components.

Although text-based icons and components are still needed in some GUIs e.g. a login page etc. but the major goal for any good GUI designer should be to make it as easy as possible for the user to interact with it and primarily with a mouse. Like mentioned above, GUIs are easier to use than most other interfaces and the support available for making it visually appealing not only helps the user to focus on certain elements but also lets the designer get creative and experiment with his imagination, making its development intuitive and fun. GUI also lets the designer insert videos and images into the form to make it even more appealing and easy to use for the user.

AWT and Swing are older APIs, while JavaFX was integrated with Java 8 and is the latest API with more options than AWT and Swing.

One major advantage of using JavaFX over other APIs is the integration of Scene Builder. JavaFX Scene Builder is a tool which allows GUI to be developed without coding. It achieves this by providing a blank area where different components from JavaFX can be dragged and dropped to make different GUI forms. These components can also be edited with a huge variety of customization options. All of this can be done in real time and the GUI takes form as the designer develops it.

NetBeans is an open-source, free IDE (Integrated Development Environment) which uses a modular architecture i.e. it uses modules (groups of classes and libraries) to implement specific features into an application. NetBeans is one of the most popular Java IDEs right now. NetBeans is also known for its great Maven support and its user-friendly interface. To start developing on NetBeans and JavaFX Scene Builder, you need to have both installed and JavaFX Scene Builder integrated with NetBeans. This guide will be more than enough to help you with the process of installation and how to integrate both the programs on Windows. 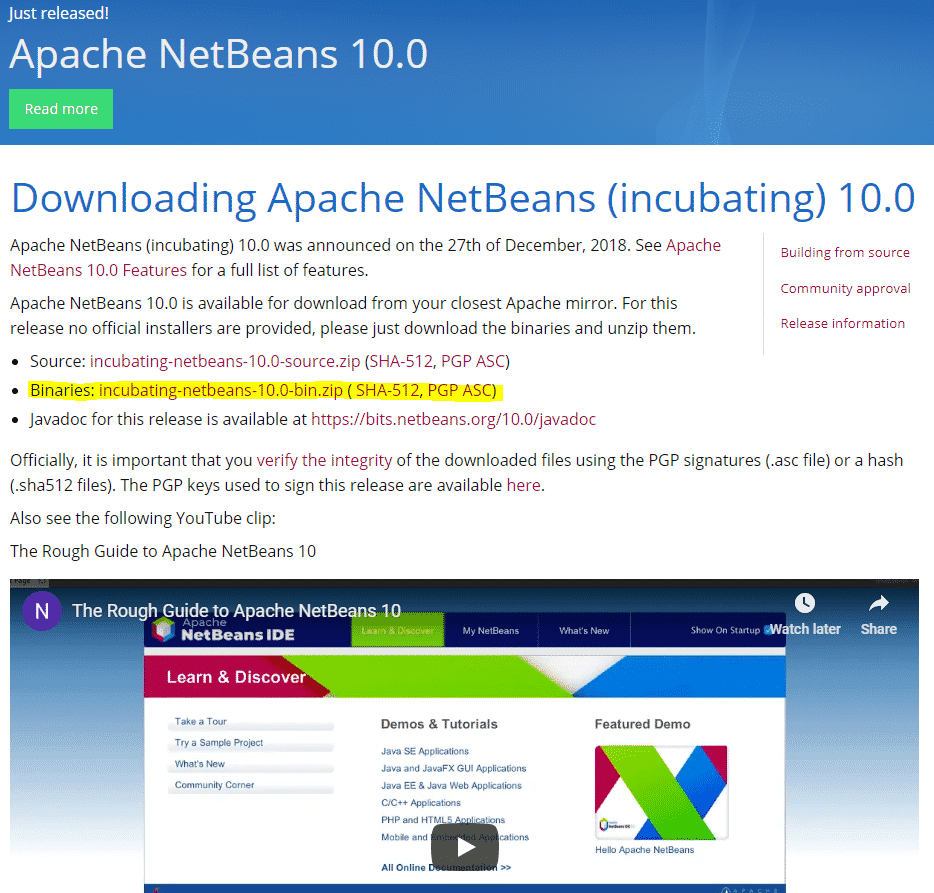 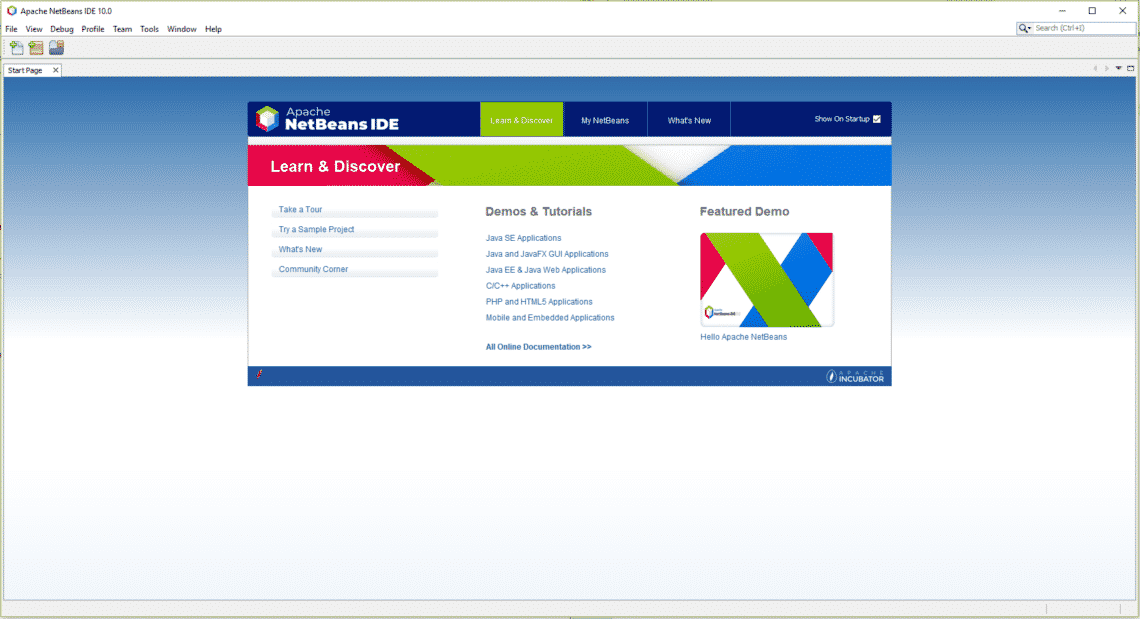 Now that NetBeans has been successfully installed and is working properly, we can move to the next step; install JavaFX Scene Builder. First, we have to download Scene Builder from its official website: 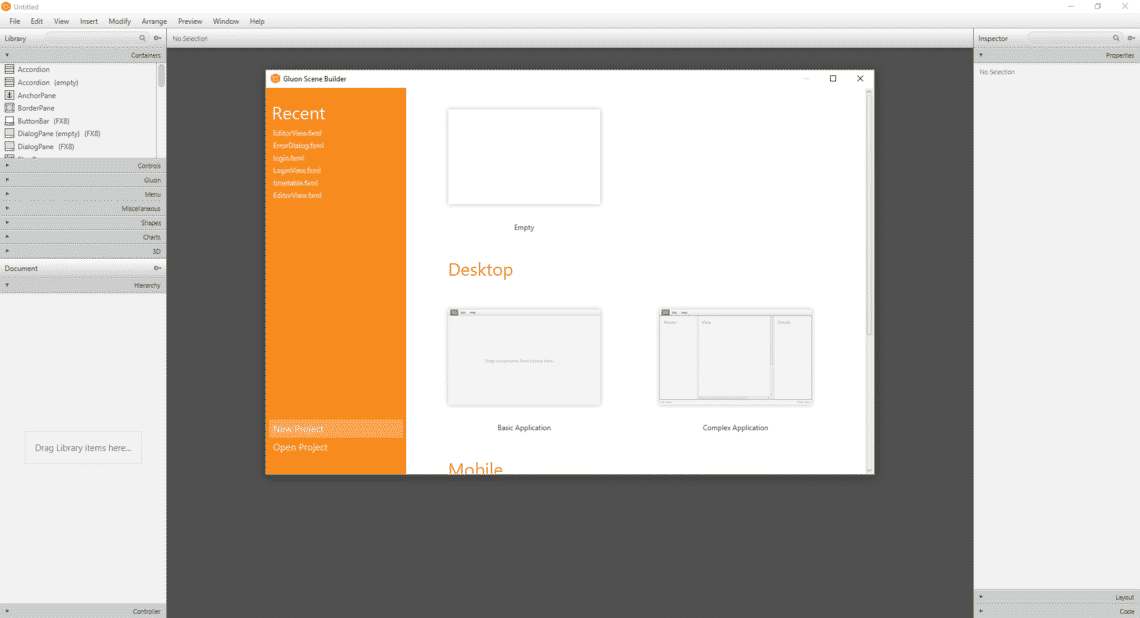 Once Scene Builder and NetBeans have been installed, it is time to move to the final step; integrate both the programs. 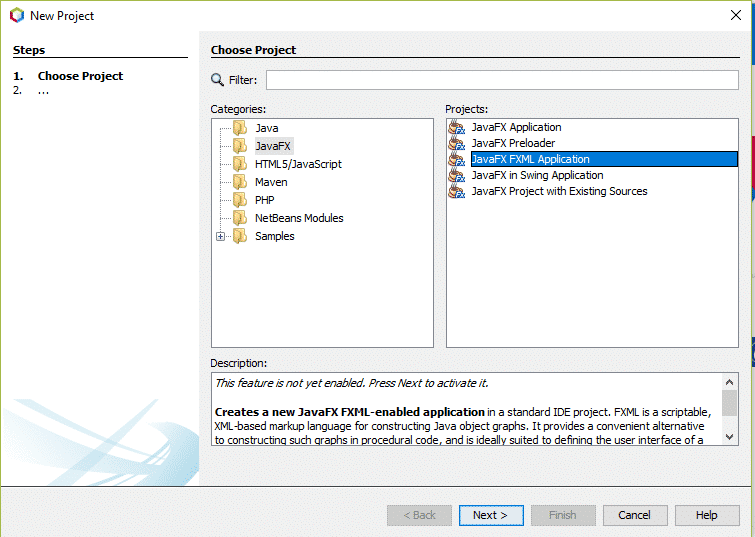 Install any modules, if it prompts to download and activate any modules. In the next window give the project a name and click “Finish”. 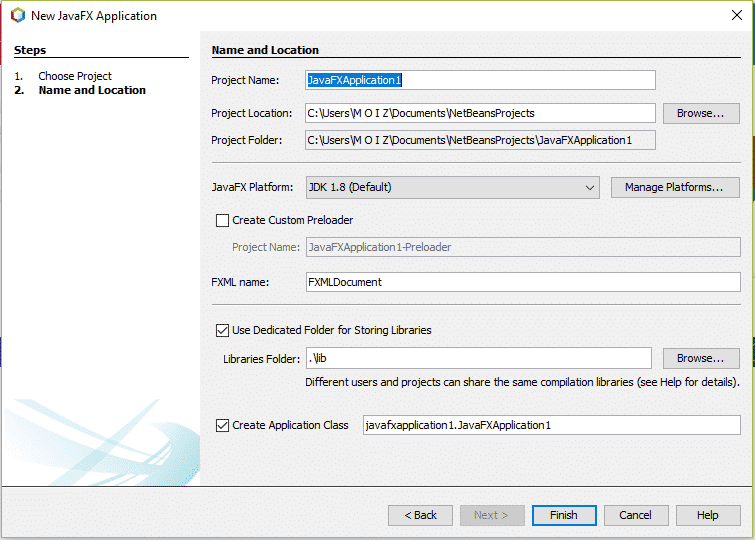 And with this, you have successfully integrated Scene Builder and NetBeans to work together seamlessly. Once you are done with making the GUI, to add functionality and logic to it, edit the “Controller.Java” file directly below the .fxml file and give it functionality. Now you can go on and enjoy making GUI for your programs in an intuitive and fun way using JavaFX Scene Builder.