Spotify is a popular audio and video streaming service used by millions of people. Spotify is available for download on smartphones, tablets, and desktops for Windows, Mac, and Linux. Though Spotify works in Linux, this application is not actively supported, as it is on Windows and Mac. You can also enjoy Spotify on wearable gadgets. For example, if you have a Samsung smartwatch, you can listen to and control Spotify using the watch only. You need only install the app on your smartphone from the Play Store to start listening to tracks on Spotify.

The free version of the application provides access to limited audio streaming services with advertisements. The premium service offers many features, including the ability to download media, ad-free browsing, better sound quality, and more. There are also other plans offered to specific individuals and groups. Spotify also supports various devices, such as Wireless Speakers, Wearables, Smart TVs, and Streamers.

This guide shows you how to install Spotify in Fedora Linux using three different methods of installation.

Snap is the easiest way to install Spotify and many other popular Linux applications. Snap applications are packaged with all the required dependencies. In Linux, you can simply search for and install the application from the Snap Store.

First, install Snap in Fedora. To do so, open the terminal by hitting the shortcut Ctrl+Alt+T and issue the following command:

To verify whether the Snap’s path has been properly updated, either log out and log in again or restart the system.

Next, create a symbolic link to enable classic support, as shown below:

Now that Snap has been installed on your system, install Spotify with the following command:

This process is shown below:

If you obtain the following error after entering the command above, simply log in and log out:

error: too early for operation, device not yet seeded or device model not acknowledged.

Then, reboot your system and run the following command again:

And that is all! Now, you can see how it is easy to use Snap to install Spotify.

You can launch Spotify from the system menu or directly from the terminal. 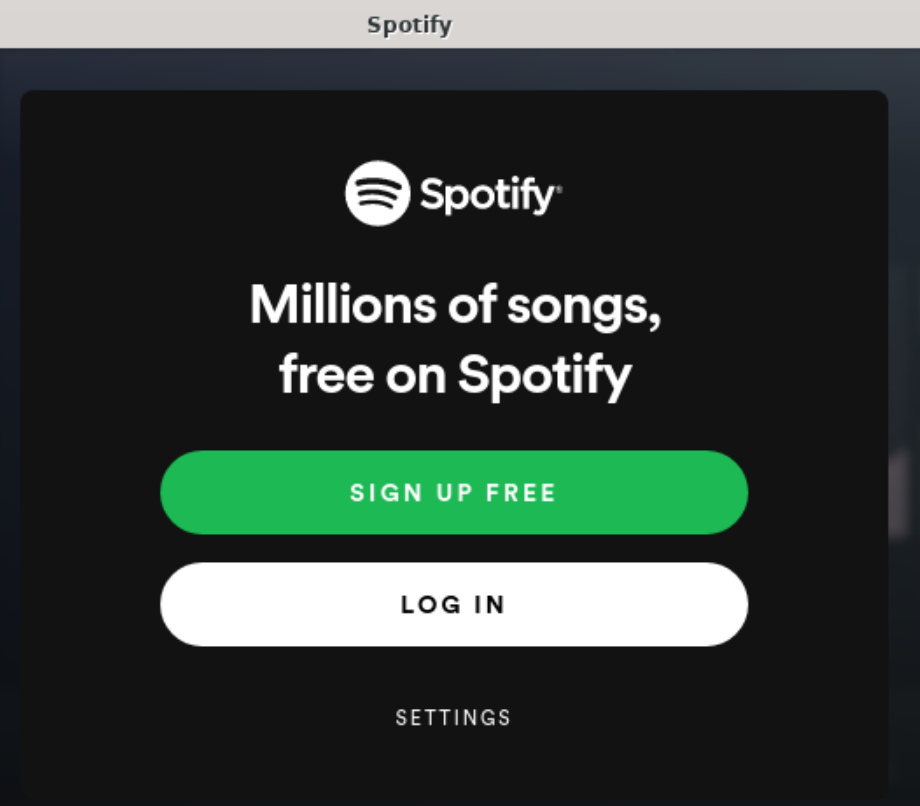 If you want to remove the Spotify application, issue the following command to uninstall Spotify if it was installed from the Snap store:

To install the free version of the RPM Fusion repositories, do so by issuing the following command:

If you prefer to use the graphical method to install the RPM Fusion repo, do so by downloading the file from the official RPM Fusion website, as shown below:

Now that the RPM Fusion repository has been installed, install the Spotify application using the following command: 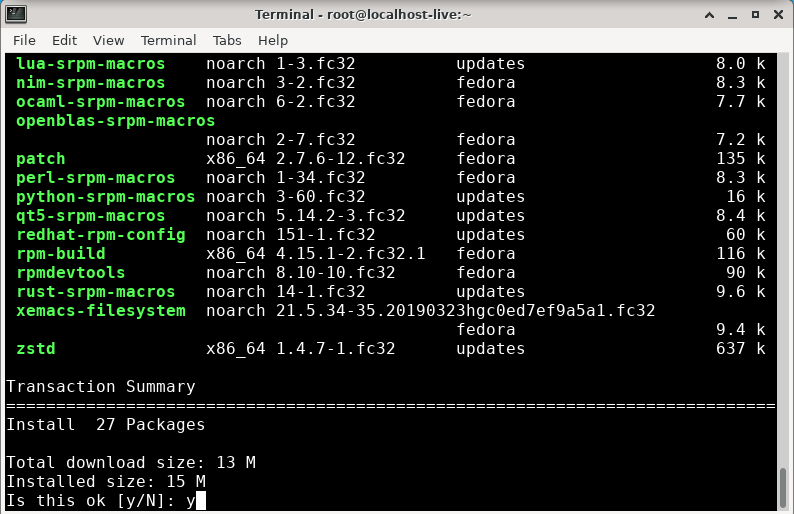 Once the above command has been executed successfully, launch the “lpf-spotify-client” in the Applications list from the following path:

For the first time it will prompt a window saying: “You must be a member of the pkg-build group to run lpf (log out and in again to mute this dialog). OK to add group pkg-build to your current user muhammadsadaan?” 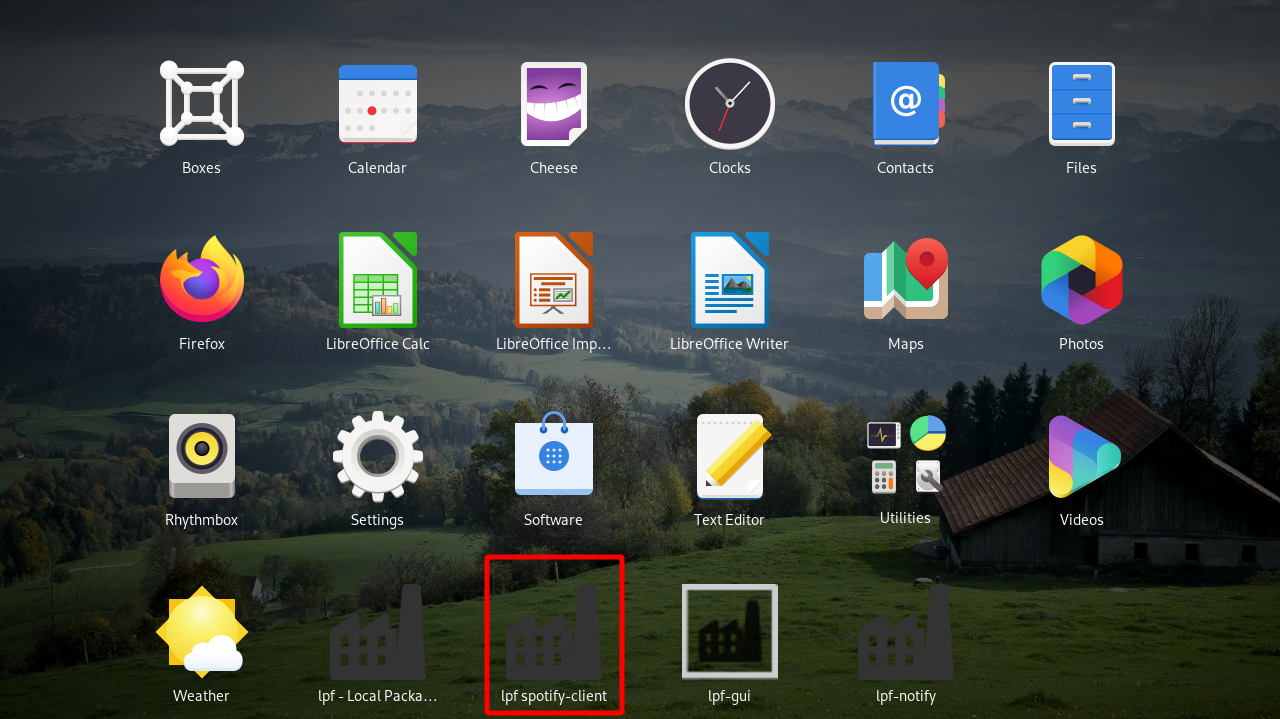 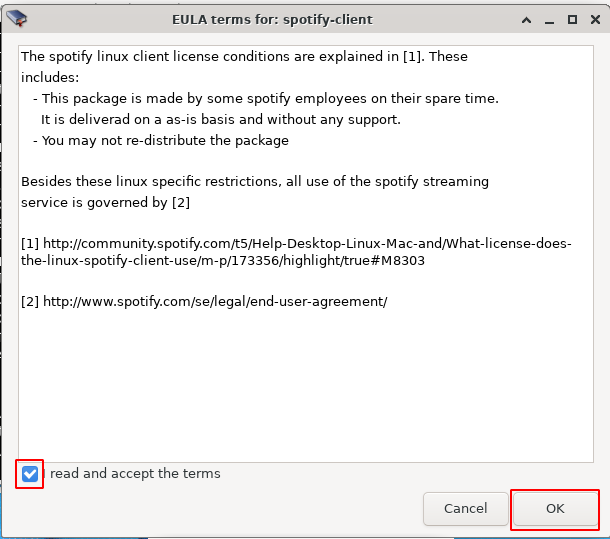 A new window will open that will show the dependencies and sources that are required to install the Spotify client. 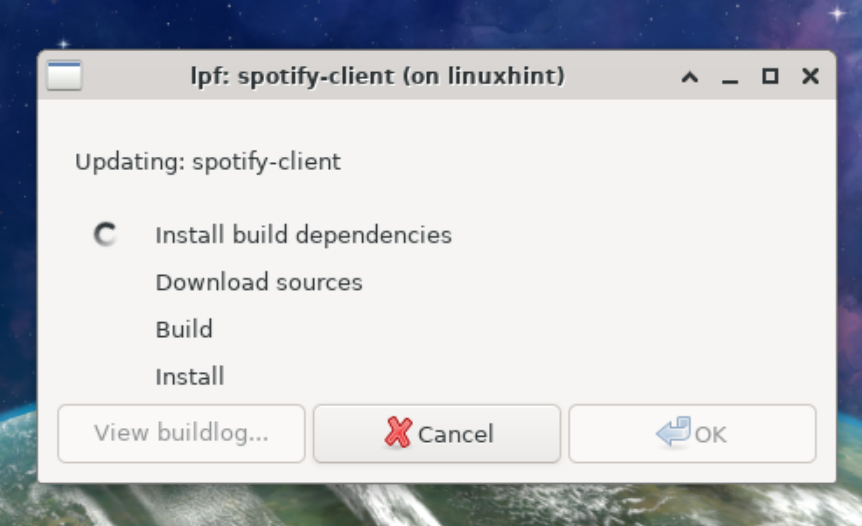 After the above process has been completed, you will see the following window appear: 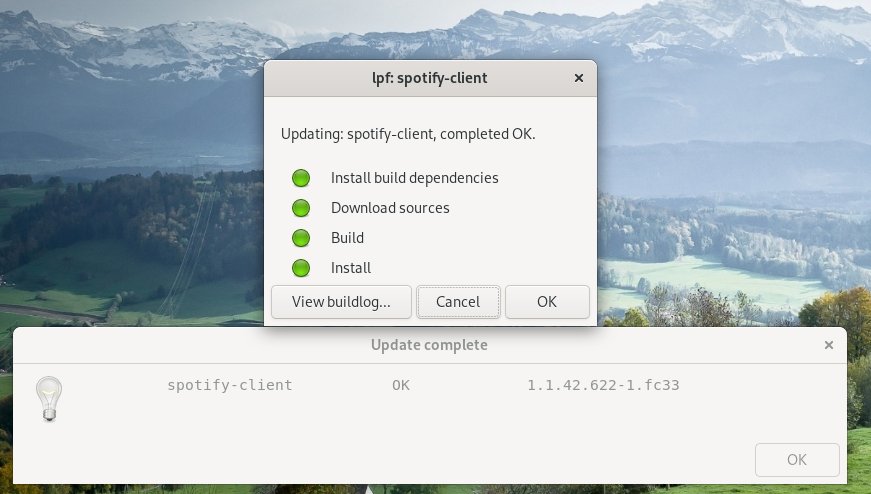 Now, you can launch Spotify from the Applications list, as shown below: 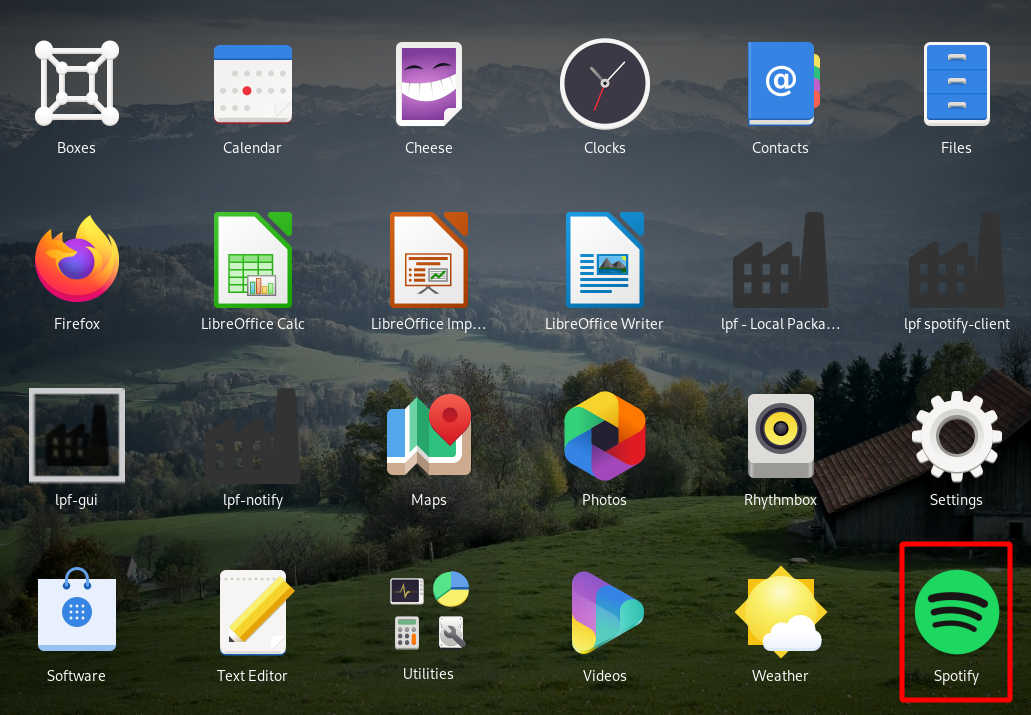 If the gnome shortcut does not work for you because of the following error:

Then, launch Spotify from the command-line using the following command:

Flatpak, formerly known as xdg-app, is an app bundling framework focused on improving the Linux desktop experience by simplifying the installation process for many Linux applications. Applications created using Flatpak for one Linux distro can be distributed to others.

To install Flatpak in Fedora, issue the following command:

Flatpak comes already installed with the Fedora 33 gnome. Once Flatpak has been installed, use the following command to install Spotify: 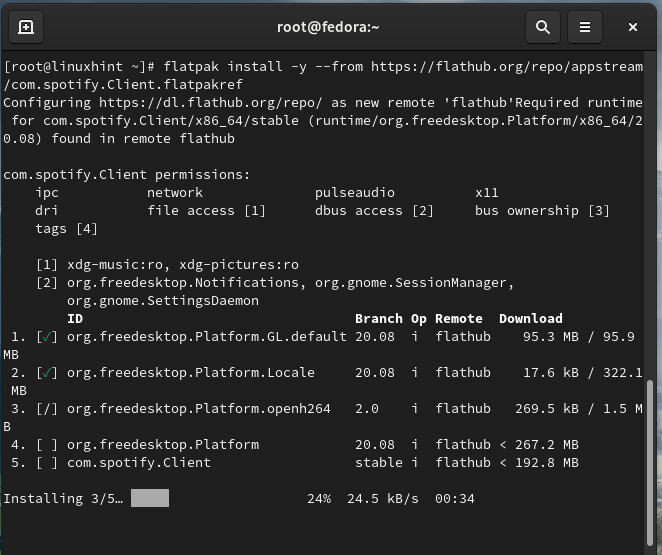 Again, if the gnome shortcut or the above command does not work for you due to the following error:

This process is shown below:

That concludes today’s guide on installing the Spotify application. In this tutorial, you learned three methods for installing Spotify on your Fedora Linux system. If you are an absolute beginner in the Linux operating system, then you should follow Method 1 to install Spotify on your system. This is a very straightforward and easy-to-use method for most beginners. However, any of the above methods will work perfectly well for installing the Spotify application.