The Snort is an open-source, popular and light-weighted IDE (Intrusion Detection System) used to detect suspicious threads anomalies. It defines some rules and compares them with the network activities while monitoring. In this scenario, it sends an alert message to the user if detects unknown activity.

In the Linux system, it sets a rule for malware activities, and using these rules it alerts the user when got some packets against them. Besides IDE, it also works as a debugger for network traffic systems.

How to Install Snort on Linux Mint 21

i: Installing Snort through apt Repository

To install Snort application tool using apt repository is quite easy and one step process. For this, just open the terminal and update the repository first by typing the command: 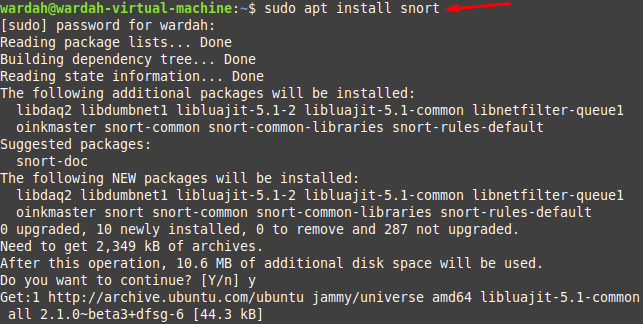 During the installation process, a configuration snort window will appear to confirm the address range of the network interface, hit enter to confirm OK:

Once you hit Ok, the snort application will be installed on your Linux Mint 21 system. Run the version command to check if snort has installed with the latest update:

Open the software application manager and type Snort in the search bar. You will get multiple output, chose the right-one as mentioned in the given screenshot: 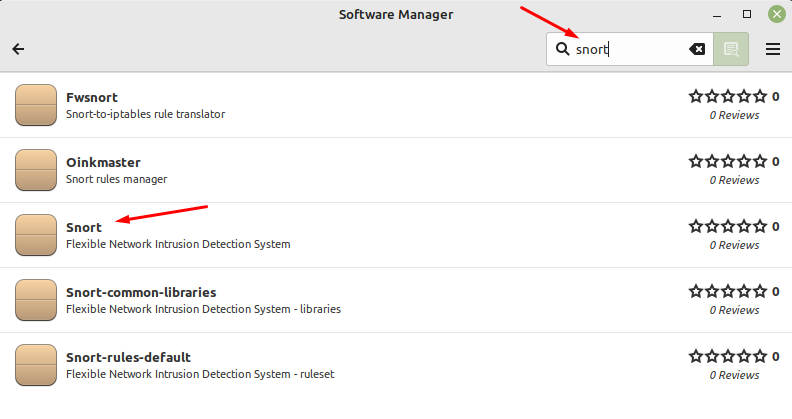 In the next display, hit the Install button to let install Snort on Linux Mint 21 system: 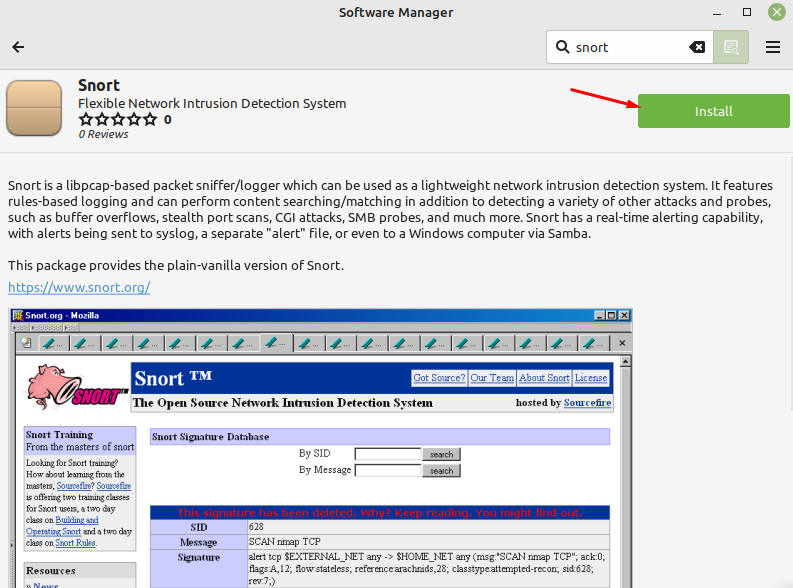 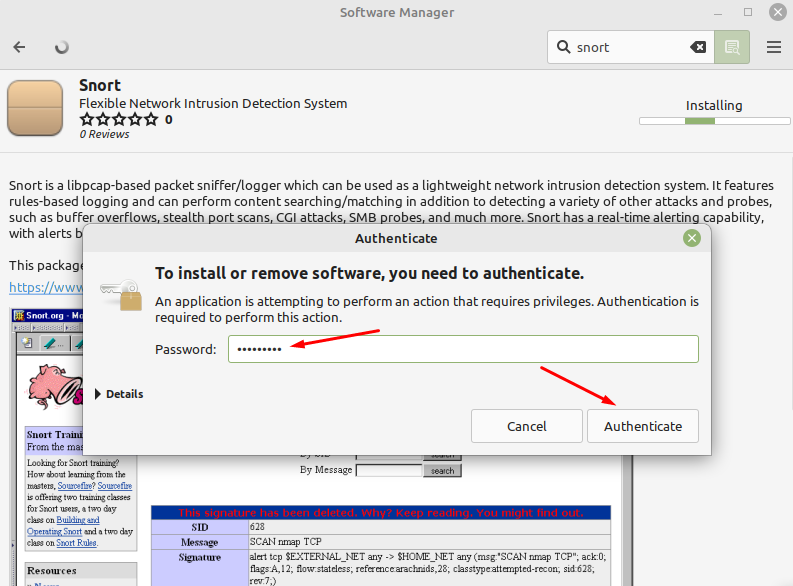 When you clicked, it will start downloading: 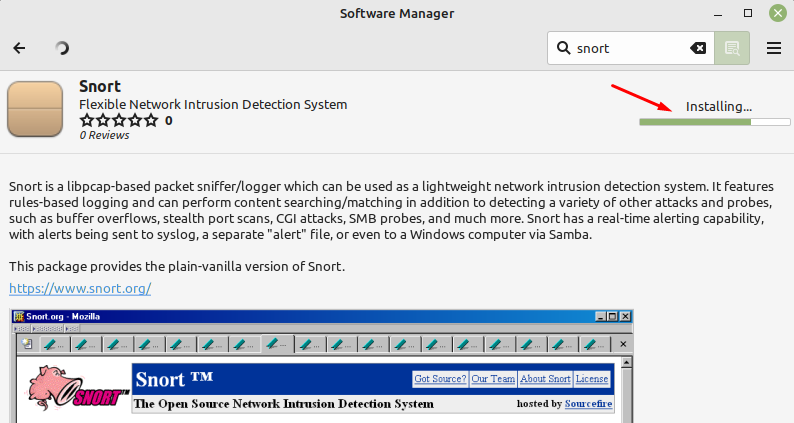 And after a while it will be installed on Linux Mint 21 system: 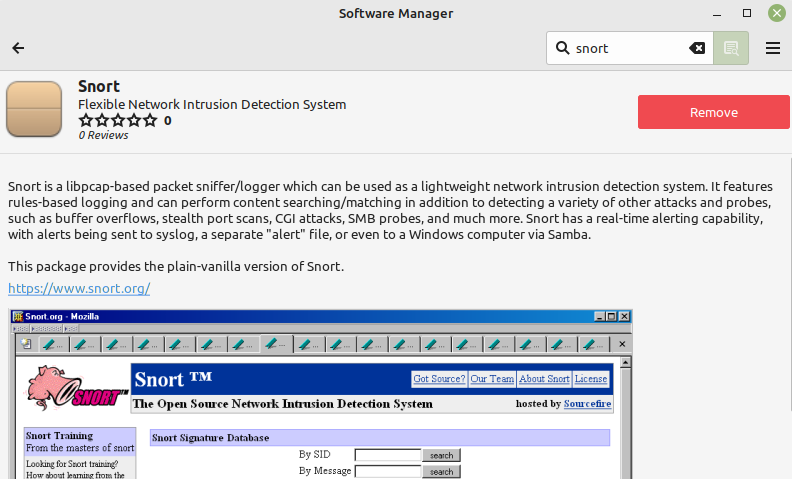 How to Remove Snort from Linux Mint 21

You can uninstall the snort tool through the following apt command:

Snort is an open-source application used for IDE and creates some own rules to detect malware activities. It is also used as a debugging tool for network traffic systems.

This article has demonstrated the way to install the Snort tool on Linux Mint 21 system. We have used two approaches i-e, GUI, and terminal, and cover the portion of how to uninstall it from the system.