Rust is a programming language mainly used by programmers to develop applications as this language focuses on two things one is safety and the other is performance. Linux is one the best choice for the users to get started with coding and developing software and applications. So, if you are looking to get started with Rust programming language on Linux Mint 21 then read this guide.

Currently Rust is being used by many of the leading organizations that includes Firefox Dropbox and many more. This language was primarily made to resolve the memory issues in the C/C++ but later it proved to be more useful than those languages, below are the necessary steps that one needs to follow to install Rust on Linux Mint 21:

Step 1: Before installing any application, it is always advisable to update the packages list of default package manager:

Step 2: Next, install the curl and build essential tools that are a sort of dependencies required to get the Rust language installed on Linux Mint:

Step 3: Next use the curl command to download the scripts to install the rust programing language:

Now select the type of installation that is default, type 1 and hit enter: 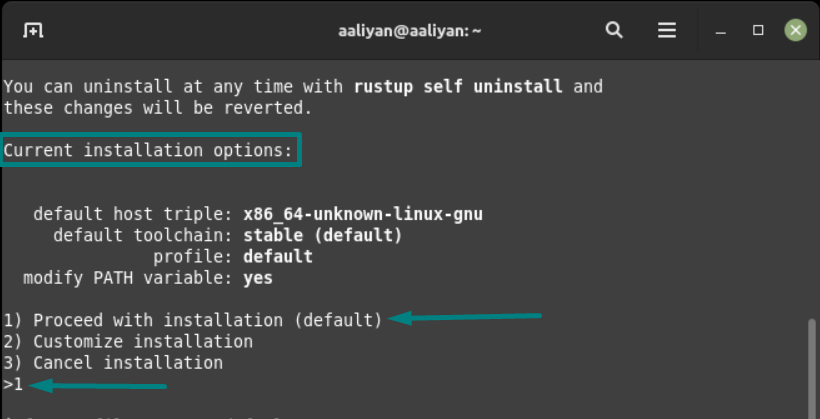 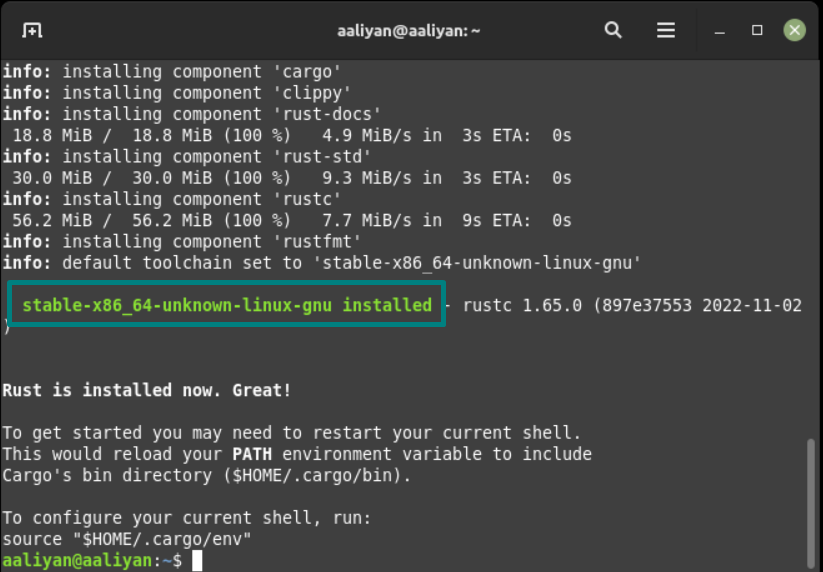 Step 4: Next execute the following commands to activate the Rust environment:

Step 5: Next, just to be sure about the installation let’s check the version of rust programing language using:

Rust is a programming language that is used by programmers to create applications, servers, and software as it provides more safety and performance than other programming languages. To install this language on Linux Mint one needs to have curl and build-essential tools installed on it.