Protocol Buffer or we can call Protobuf is an open source, Google’s language-neutral cross-platform that is free of cost. With the help of this data format, users can serialize (arrange in series) structured information. The main purpose of creating Protobuf by Google is to create strong connections among users while developing applications and store information.

How to Install Protobuf on Linux Mint 21

We have two different approaches to install Protobuf application on Linux Mint 21 system:

Before installing Protobuf on Linux Mint 21 system, we need to update system packages first; to do this, run in terminal:

Once the system updated all the packages, now we can execute the mentioned command to install Protobuf compiler on Linux Mint 21 system: 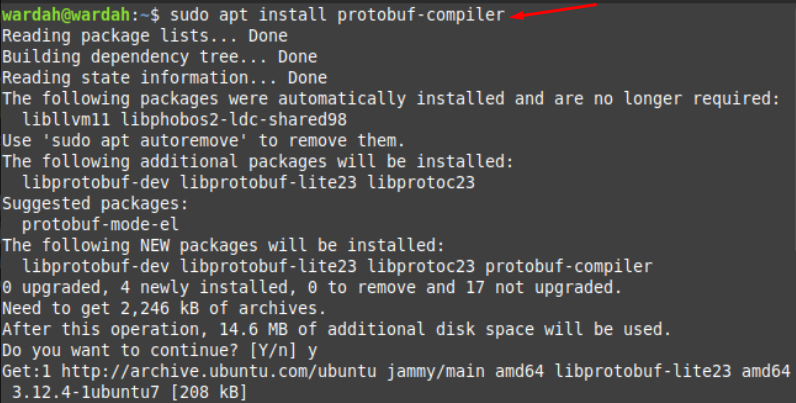 If Protobuf is present unnecessarily to the Linux Mint system and you want to remove it, type the given command in terminal:

To install Protobuf application through graphical user interface, a guide of a few steps mentioned-below.

Open the software manager, type Protobuf on the search bar and hit the application:

You will be asked to enter a password as it is necessary for authentication. Type the correct password and hit Authenticate button: 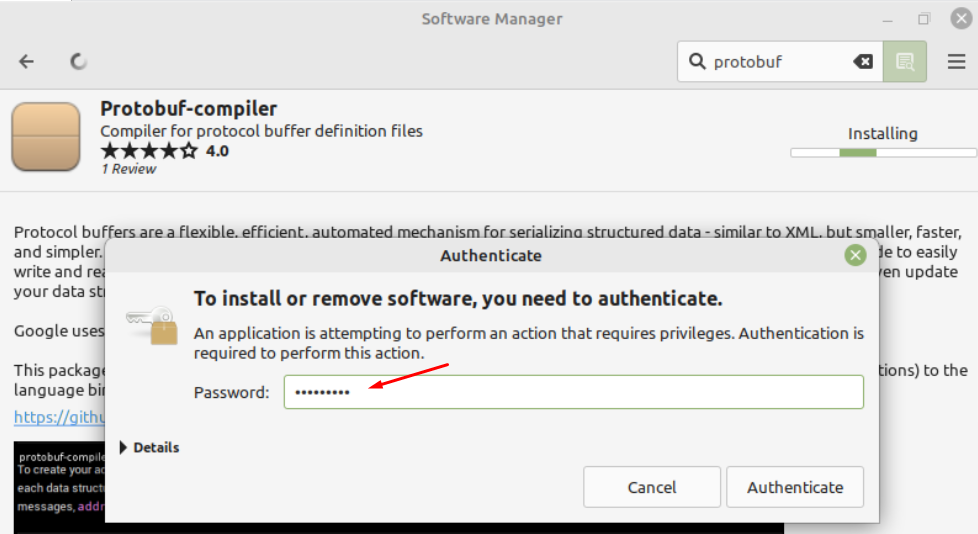 Once you authenticate, it will be installed on your Linux system. To confirm, go to Software manager and select Show Installed Applications:

Here you will Protobuf is installed on your system: 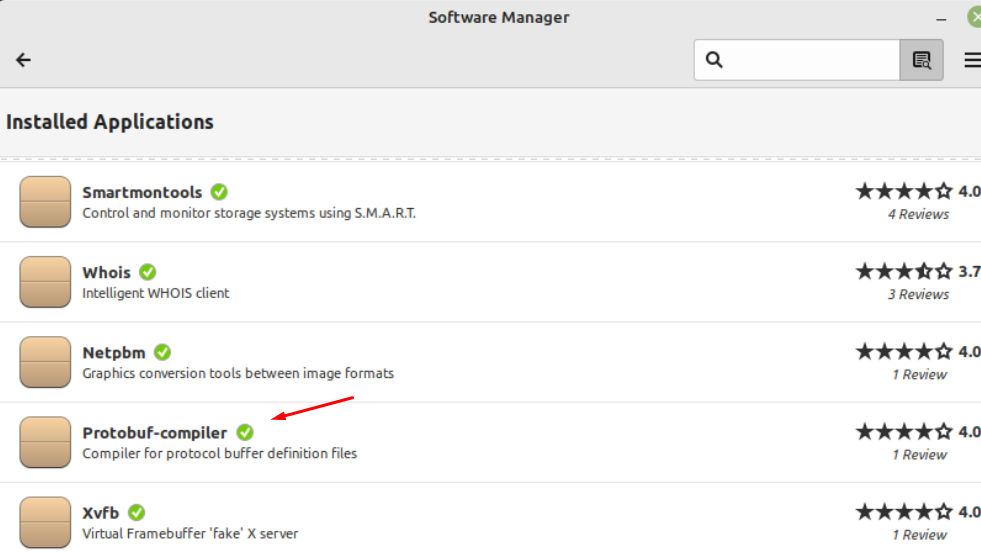 How to Remove Protobuf from Linux Through GUI

Scroll down to search for the Protobuf application from the displayed installed application list: 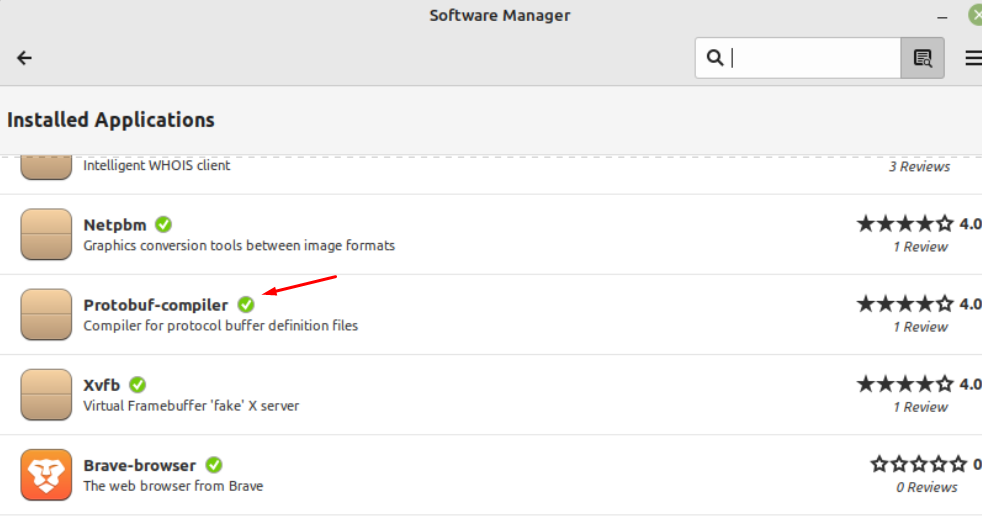 Click on it and hit to Remove button to uninstall it from Linux Mint system:

A dialogue box will ask you to enter a password, it will ensure if you’re working as a super user. Enter the password, click to Authenticate button and Protobuf will be deleted from Linux Mint 21 system: 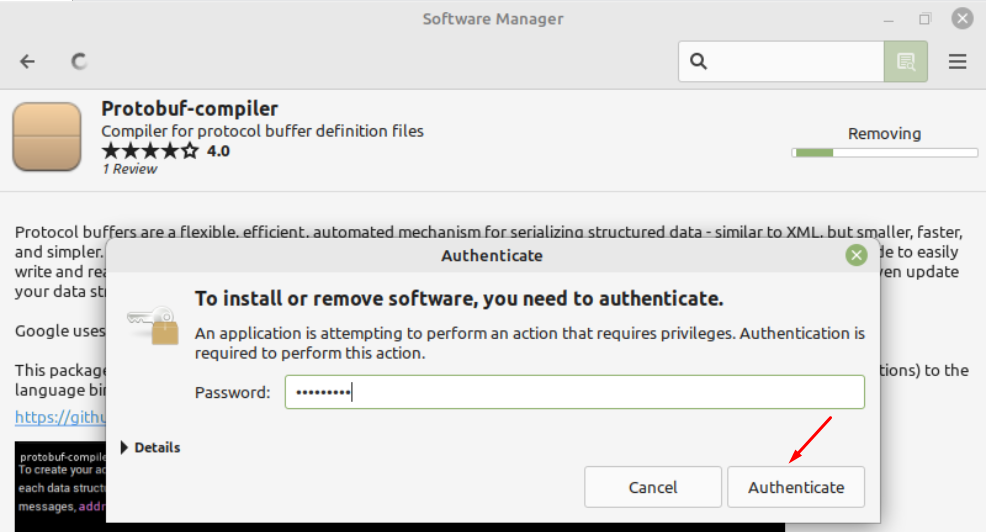 Protocol Buffer is the data format developed by Google to serialize structured information. It creates connections among users over a network while developing programs and storing their data. This article has mentioned two possible ways to install Protobuf on Linux Mint 21 system. One way is to install it using a terminal and the other way presents its GUI process. We have also mentioned how we can remove/uninstall it from the system.