Open Broadcast Software (OBS) is a free, multi-platform, and popular editing tool used for video recording and streaming. It is a powerful, easy-to-use, and free multi-platform application with high performance. It can create multiple scenes and has VST plugin support.

Moreover, its key features include various configuration options, offline video recordings, capturing and live to stream, and many more. So, if you are looking for a way to install OBS on Linux Mint 21 then read this guide as it explains multiple ways of installing it.

In Linux, we have three practical ways to install the OBS studio on Linux Mint 21 system:

Let’s do these methods practically one by one:

Before installing OBS Studio in the Linux system, we need to install some required packages through the mentioned command:

Now, run the mentioned command to import the OBS Studio repository to the Linux Mint system:

Update the system repository to refresh the changes we have made in above commands:

Now, you would be able to install the OBS Studio on Linux Mint 21 after the successful addition of all required repositories by executing the mentioned command:

Run the version command to ensure if the system has installed the latest update of OBS Studio:

Launch it on the system by typing the following: 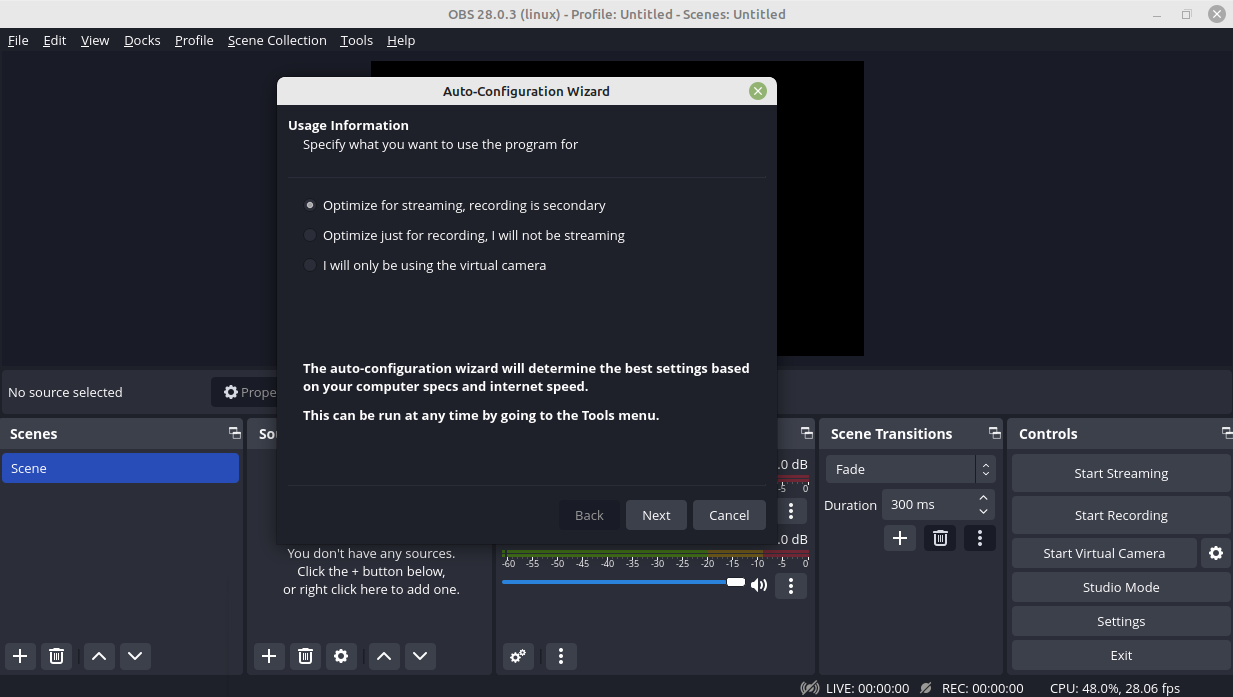 You can uninstall it by running the given command:

GUI is the quick and easy way to install OBS Studio on the Linux Mint system. For this, in the Software Manager, type OBS in the search bar and click the required option:

Click to Install button to start the installation process: 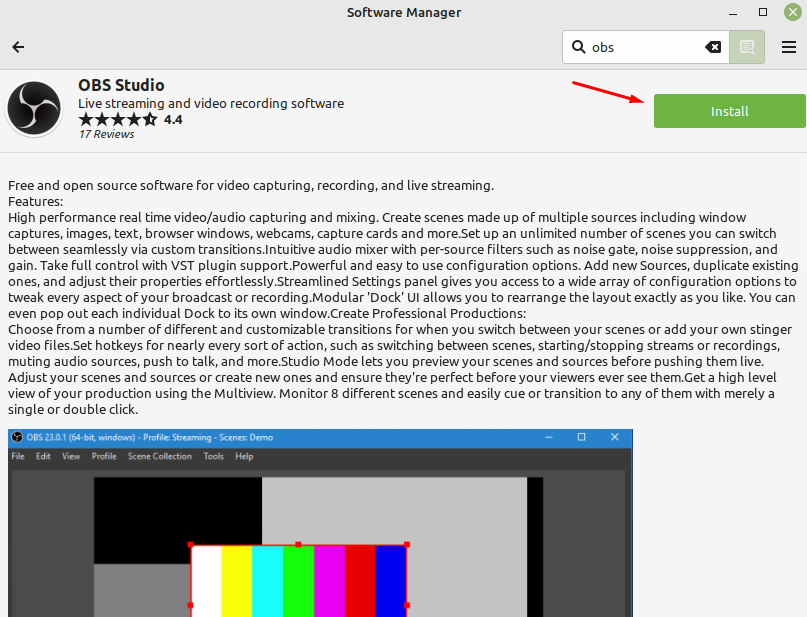 It will start installing the tool on the system: 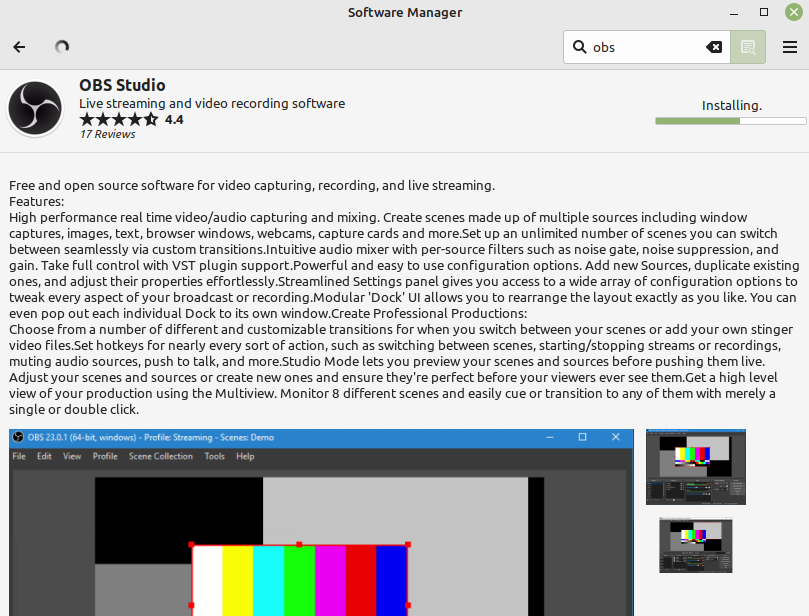 Hit to Launch button to open the OBS-studio application on Linux Mint 21 system: 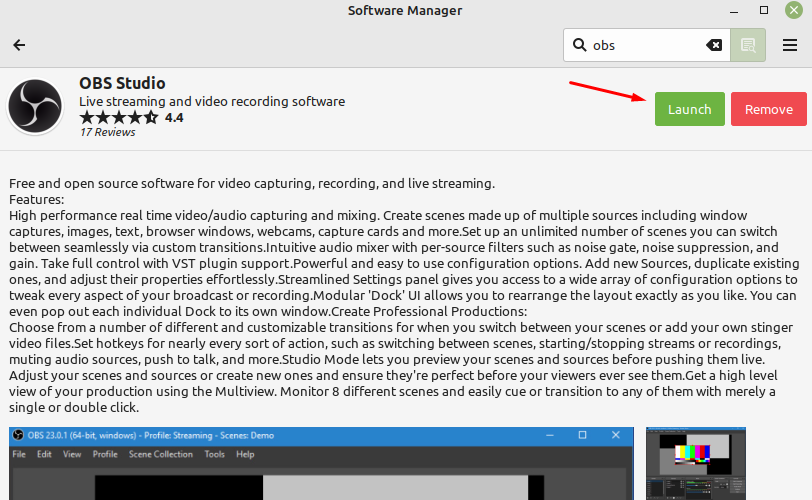 Also, if you want to remove using the GUI approach, the process is the same. In the Software Manager, search OBS and hit it:

Move to Remove button and click it to uninstall it:

To install OBS using the snap store, first, you need to remove nosnap.pref file from the system:

After installing snapd, now you can install OBS Studio with the help of mentioned command:

You can also remove it by making use of given command:

OBS is an open-source screen casting and streaming editor that can work even offline. It is portable and can run on different platforms with its rich features. It is famous among Linux users because of its user-friendly environment, compatibility, powerful resources, and plugin support.

Using this guide, we have learned how to install OBS Studio on the Linux Mint 21 system. We have installed this tool using three different ways and mentioned their uninstallation process as well.