MPV is an open-source, multi-platform, versatile media player having different video-based file formats, audio and video codecs, and video control options. Its other interesting features include powerful scripting capabilities, video scaling, frame timing, color management, interpolation, and many more. It comes with compatibility that ensures its powerful integration with other applications and support multiple platforms including Linux systems.

How to Install MPV Media Player on Linux Mint 21

It is the beauty of the Linux system that you always get multiple solutions to a single problem. Similarly, to install the MPV media player, you would get the following easiest ways in this guideline:

Before installing any task on Linux system, it is good to update its repository first. This will let the system packages up to date and install the required tool with the latest release:

Run the version command to check if the system has installed the latest update of MPV player:

If you want to uninstall the player from the Linux system, you can do so by typing the below-mentioned command:

Another way to install the MPV media player is through the PPA repository. For this, you need to install the required dependencies to the Linux Mint 21 system using the below-mentioned command:

Import the key through the given command:

Now, you’re required to add MPV repository in the next move which is mentioned below:

Update the system repository to make all changes successfully:

Now, you can install the MPV player by executing the given command:

However, if you want to remove the MPV player, run the following command:

Flatpak is the third-party tool used to install Linux packages and is pre-installed on Linux Mint systems.

First, you need to enable it on the system by making use of mentioned command:

Execute the command to install the player on your system:

You can also remove this media player using the third-party tool i-e, flatpak by typing:

GUI is an alternative way to install any package for users who don’t wish to run commands. You can also install MPV using this approach by opening the Software Manager, search MPV and select the right application:

Click on the Install button after getting the MPV screen: 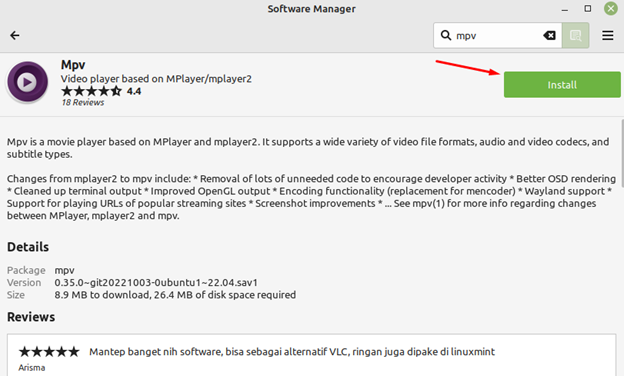 The process requires sudo privileges, type the password, and select the Authenticate option: 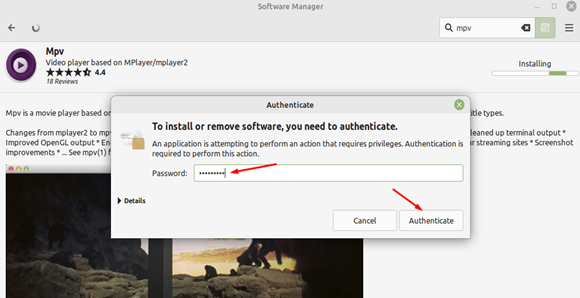 And it will install the program: 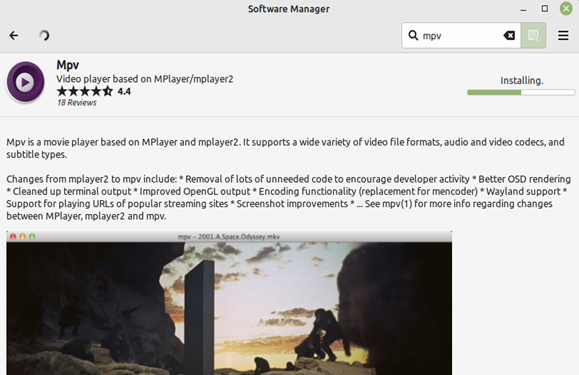 To run the application, select the Launch button: 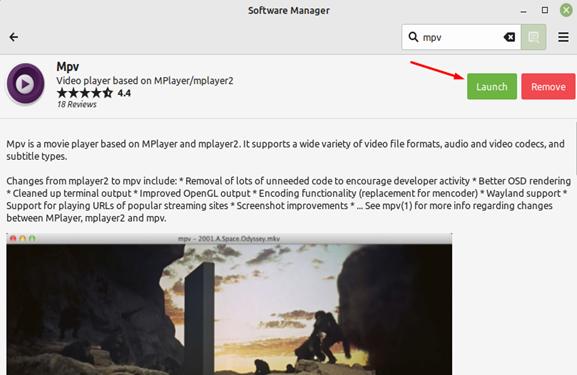 (You can also remove it by clicking on Remove button)