If you are looking for a substitute for the Amazon S3 cloud storage system, then try MinIO as it is free and quite easy to use. It is primarily an object storage system that can be used for a number of applications related to AI and machine learning.

Moreover, its functionality can be increased when used with Intel products and not only that MinIO provides MinIO server, MinIO client and some software development kits as a solution for cloud storage. So, if you are interested in using MinIO on Linux Mint 21 and looking for a complete installation guide for MinIO server and client then go through this guide.

To install MinIO server on Linux download its deb package from its official website by execute the command on it:

Once the file is downloaded install it through apt package manager: 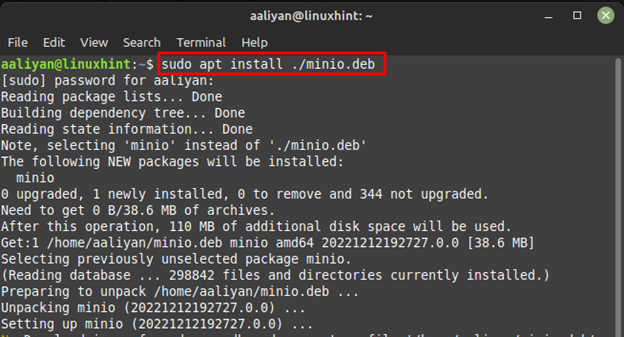 To see if the MinIO server is installed correctly let’s check its version:

Now it’s time to set the username and password for the server and for that run: 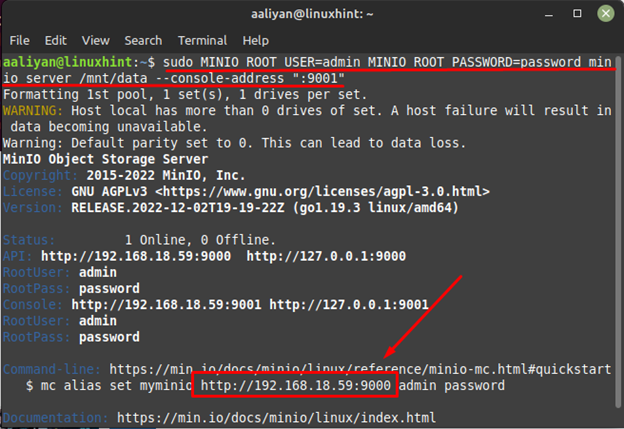 Next, use the IP address and port number given in the image above to access the webpage of your MinIO server and afterwards login to it using the set password and username: 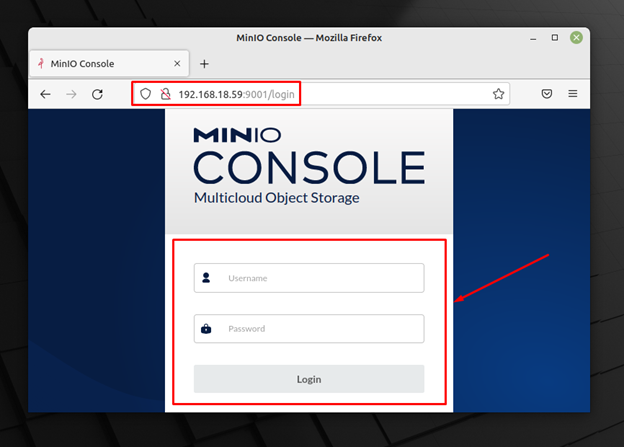 Now, you can use MinIO server as per your desire, you can access the menu on the left to make adjustments in MinIO server: 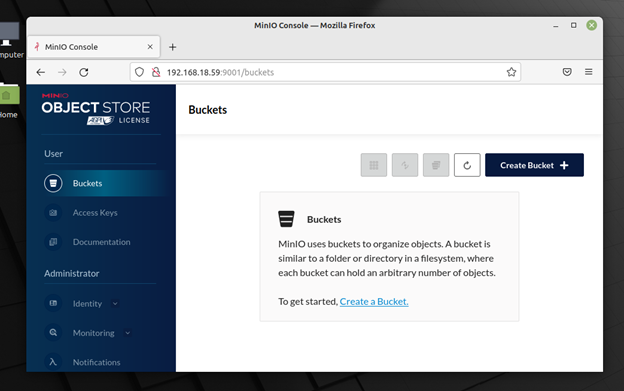 To remove MinIO server for Linux Mint 21 completely use:

MinIO client is a command line-based tool that is good at cloning objects in servers that are S3 compatible and not only that it can work with object servers as well as with file systems. Like the installation process of MinIO server the installation of MinIO client does not require much effort, just follow the subsequent steps:

The get MinIO client on Linux Mint download its deb file by executing the command given on its official website that is: 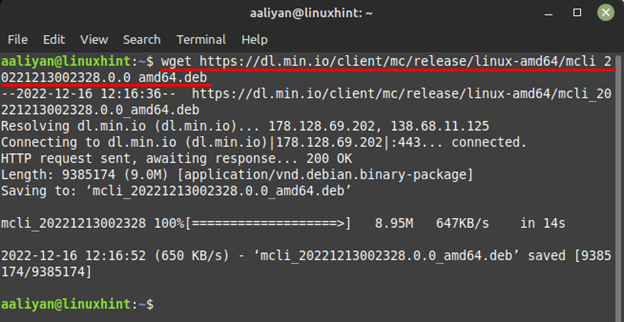 Now check the version of MinIO client to see if it is installed correctly by executing:

To remove MinIO client completely from Linux Mint 21 then execute:

MinIO is one of the best alternatives when it comes to Amazon S3 cloud storage as it is free to use and comes with almost all the necessary features that an ideal object storage system should have. MinIO offers MinIO server, MinIO client and some other software development kits. This guide gives the detailed installation process of MinIO client and server for Linux Mint.