Geany is the most popular, lightweight, fast, and open-source text editor used for programming purposes. It is a multi-platform software that runs on several systems like NetBSD, Solaris, Windows, and Linux.

Geany is an Integrated Development Environment that comes with the built-in support of 50 different programming languages. Some of its interesting and powerful features are as follows:

There are two fast and easy methods to install Geany on Linux Mint 21 system, which are as follows:

Geany application is available in the default APT repository of the Linux Mint system, thus, you can download it directly from the apt command.

Before installing, your system should be updated and all system packages are present with their updated release. This would be done using the given command:

Execute the following command to confirm the successful installation of Geany on your system:

Launch it by typing the following command in terminal: 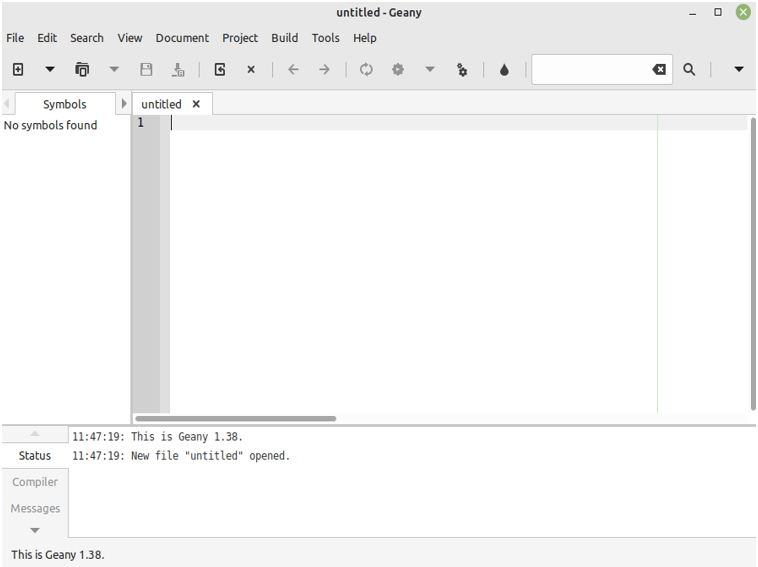 You can also launch the application on desktop from the All Applications option. 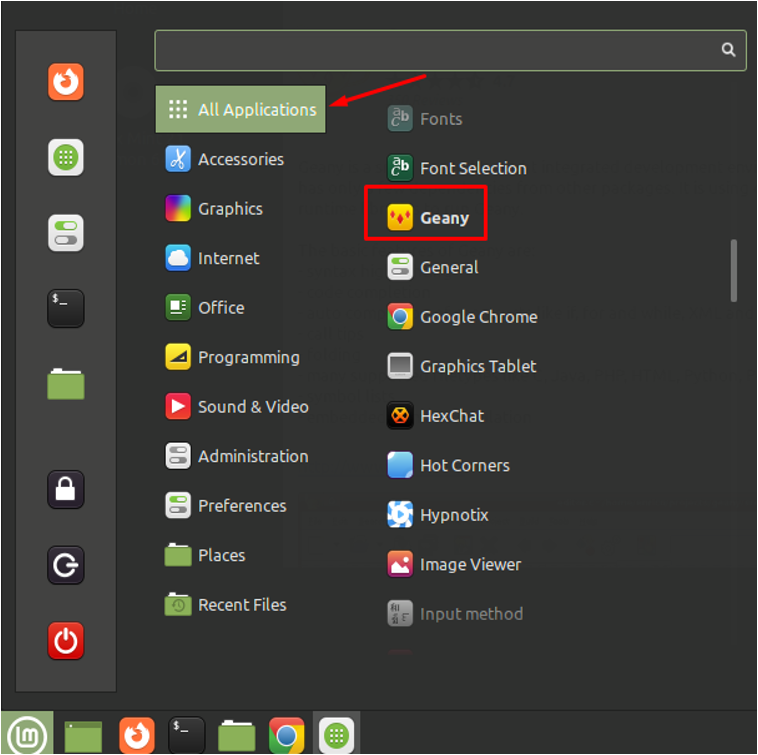 You can remove Geany from Linux Mint system by executing the command mentioned-below:

Open the Software Manager and search for the Geany by typing it on the search bar. Select the Geany application from there: 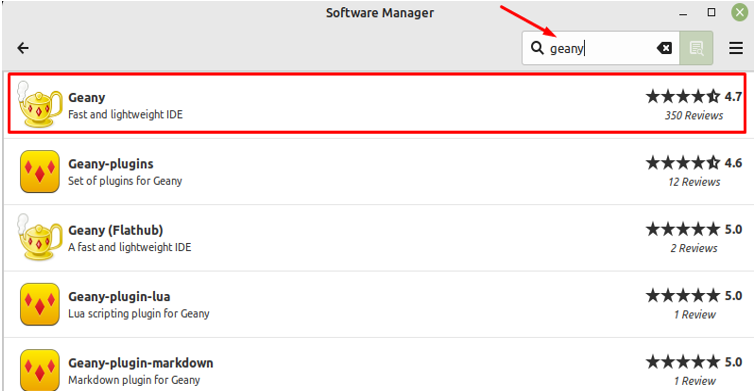 Click on the Install button to begin installing Geany on your system. 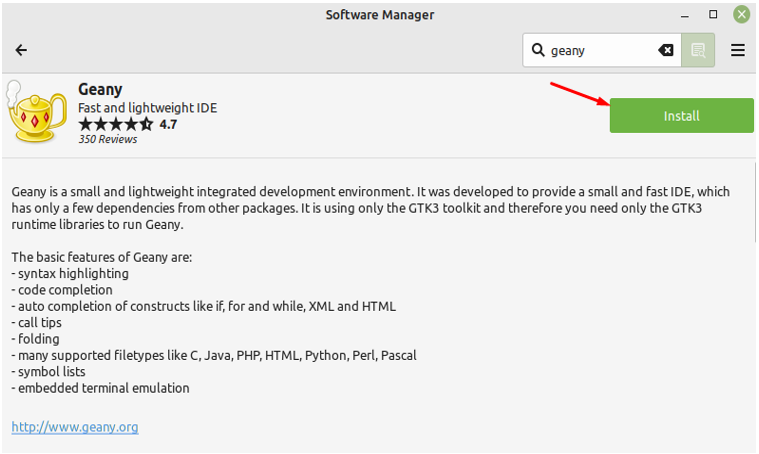 You may need to provide the system password for authentication and once you are done, hit the Authenticate button to continue the installation. 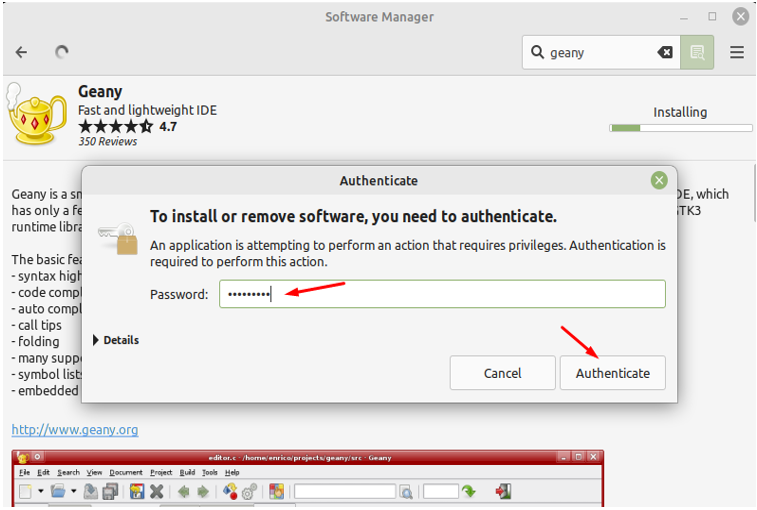 Wait for the installation to complete. 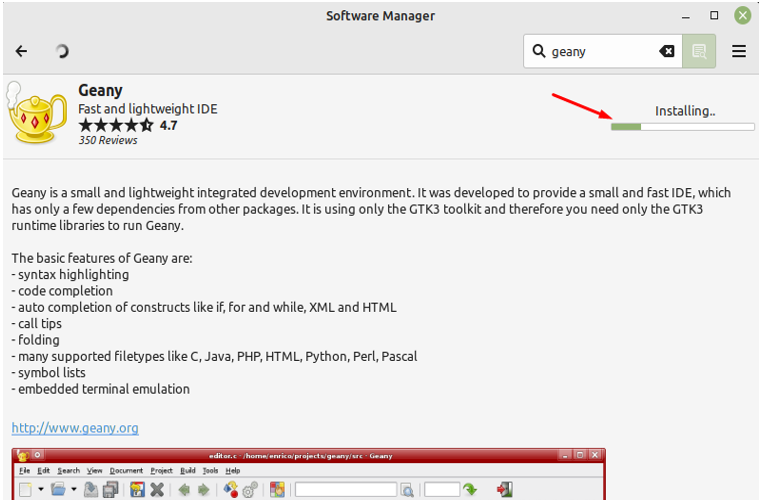 Click on the Launch button to run the application on your system: 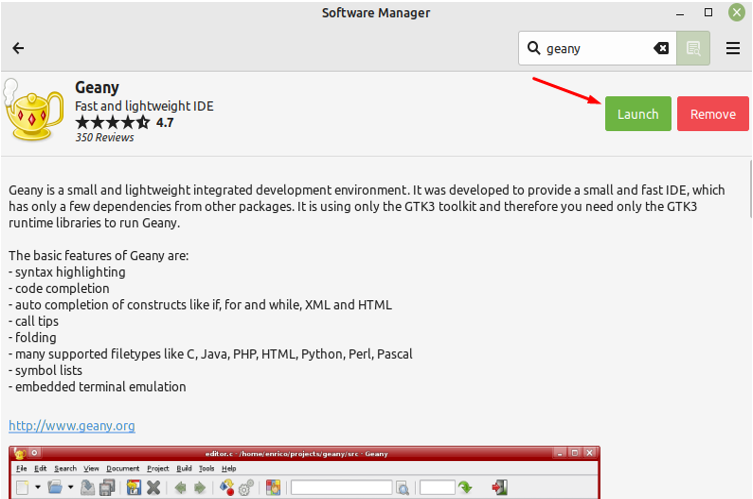 You can also remove the Geany editor from your system by clicking on the Remove button.

Geany is an open-source programming IDE used to write codes in around 50 different programming languages. This guide explained the process of installing Geany on the Linux Mint 21 system through a terminal and GUI. You will also see the method to remove the application from both these methods in case you don’t like to use it anymore on your system.