Fail2ban is a software tool specifically designed to prevent the computer system from brute force attacks, web floods and other server attacks. This framework is known as intrusion prevention/detection software which means it monitors a network and system for any malicious activity and sends reports to administrators as a warning.

It detects server attacks like IP addresses having malicious signs, when somebody enters wrong credentials repeatedly, and other malicious attacks. So, when you install fail2ban software, it prevents the system and blocks all attacks before they cause any damage.

The Fail2ban software framework helps to examine, manage system/server logs, and update the firewall rules. This software is written in python and comes with multiple services like apache, mysql, ssh, nagios and many more. It is popular among users as it reduces the ratio of incorrect credentials and server attacks.

How to Install Fail2ban on Linux Mint 21

Now, upgrade your Linux system to get latest version of Fail2ban software: 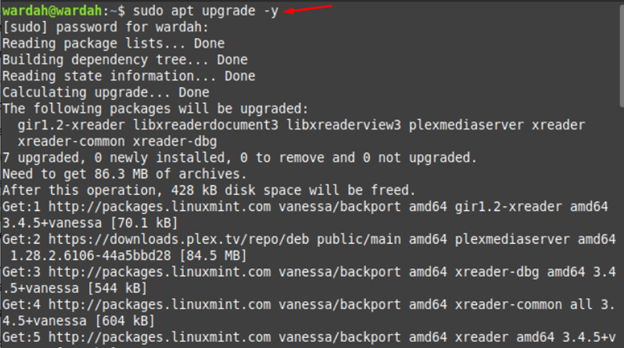 How to Remove Fail2ban from Linux Mint 21

To uninstall the Fail2ban application from the Linux Mint 21 system, type the mentioned command on terminal:

Fail2ban is the system software that helps to prevent the system from hackers’ attacks. These attacks could be in the form of IPs, entered incorrect credentials several times and other malicious attacks. When installing Fail2ban software framework on the system, it blocks all doubtful IPs before the system gets hurt by them.