ExifTool is a command-line application that allows users to view and manipulate the metadata of various types of files, including images, audio, and video. It is written in Perl and can be run on a wide range of operating systems, including Windows, Mac, and Linux. If you are looking for a tool that shows the metadata of directories, files or images then try this ExifTool application, this guide is all about its installation on Linux Mint 21.

ExifTool is particularly useful for photographers and other media professionals, as it allows them to view and edit metadata such as camera settings, copyright information, and GPS data. It can also be used to remove metadata from files, which can be useful for privacy reasons.

This tool is written in Perl programing language as mentioned previously and the only way to install it on Linux Mint is by its default package manager and for that execute:

Now just to be sure that if this command line tool is installed successfully check its version by executing:

Now one can use this tool to get the metadata of any file, folder or image, metadata refers to information about a file that is stored separate from the file’s content.

This information can include details such as the file’s name, size, creation date, and access permissions so, use the below syntax to get the metadata of a directory in Linux Mint:

For illustration, I have viewed the metadata of my Downloads folder by using the above given syntax: 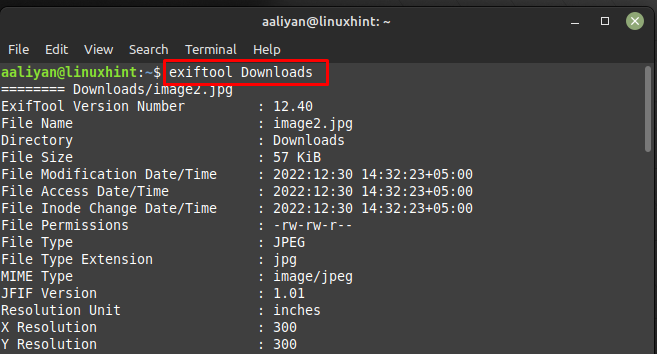 If you want to get the metadata of any image, then for that use the following syntax:

For illustration, I have viewed the metadata of image1.jpg file in Downloads folder by using the above given syntax: 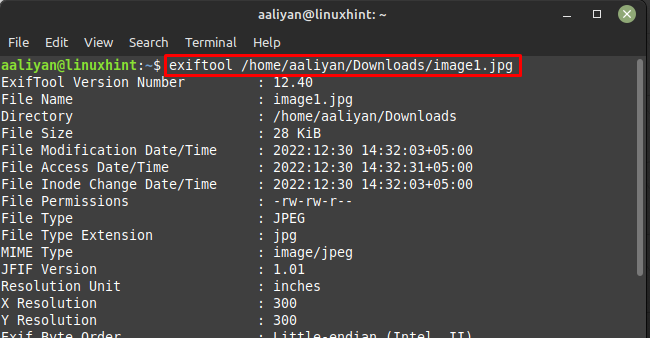 If you want to see the common information of a file, image or directory then follow the give syntax:

For illustration, I have viewed the metadata of my Downloads folder by using the above given syntax:

To remove this command line tool completely from Linux Mint in case you no longer need it then execute: 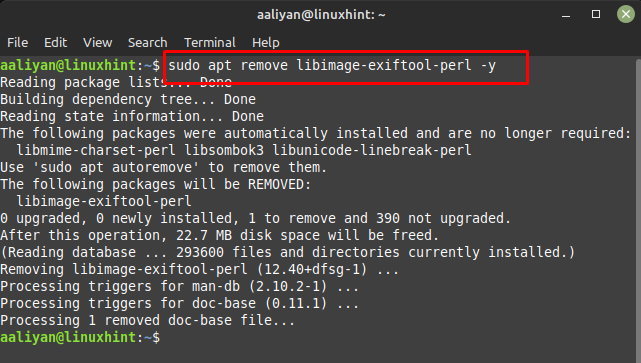 ExifTool is powerful and feature-rich, with a wide range of options and command-line arguments. It can be used to extract specific metadata from a single file or from a batch of files, and it can also be used to write new metadata to files. It is often used in conjunction with other software and tools, such as image editors and web development applications, to get this tool on Linux Mint 21 one can install it through apt package manager.