In the Linux system, Dropbox is a free web-based file hosting and sharing service that lets you keep your data anywhere and share them. It is a popular cloud software with a user’s personal file synchronization service. Its automatic sync feature uploads your data including images, videos, files on Dropbox folder via internet service and allows the user to access them from any device. Dropbox also offers a free space up-to 2.5 GB with accounts and allows them to purchase more space when required.

How to Install Dropbox on Linux Mint 21

There are two approaches introduced by Linux system to install Dropbox:

Let’s start with these approaches:

Open the terminal and update the repository list using:

Run the installation command of Dropbox tool to get it on Linux Mint system: 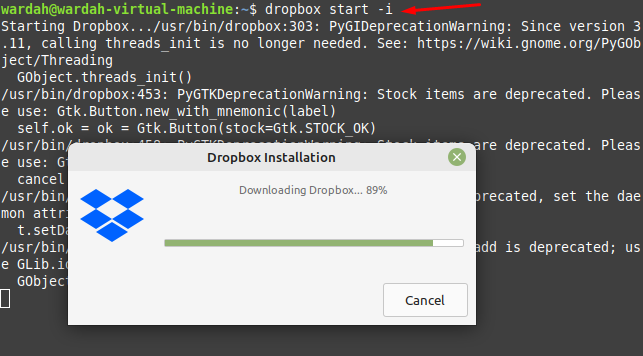 Once the downloading is completed, it will redirect you towards sign-in process: 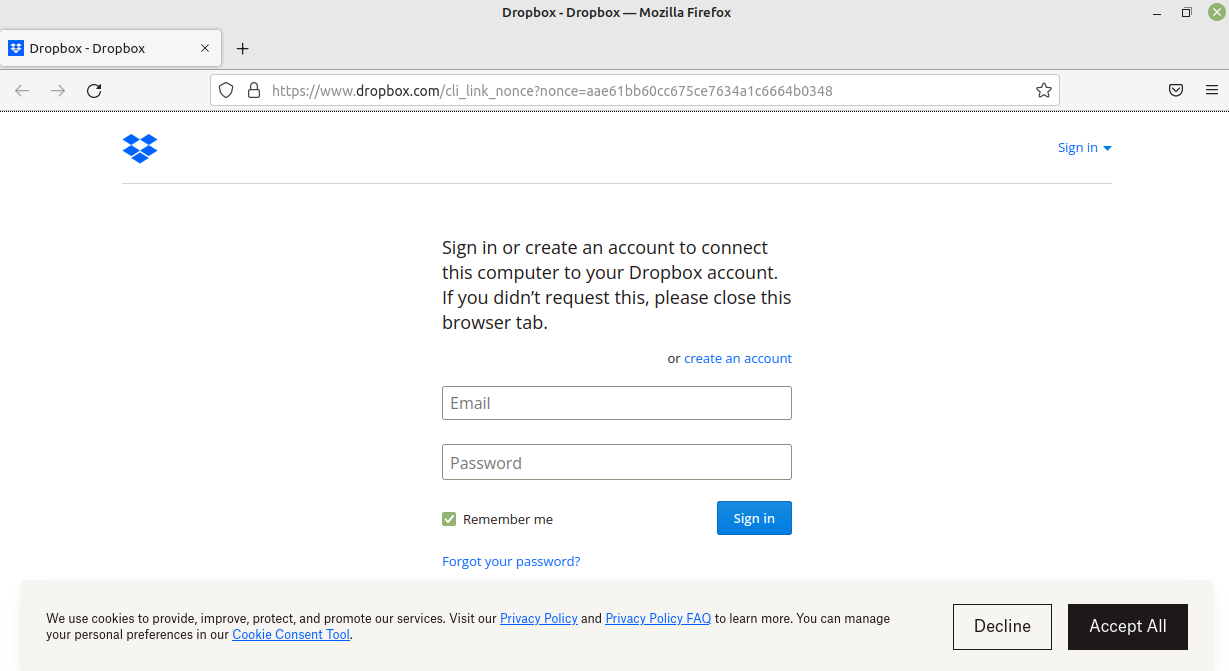 Complete the procedure to start using Dropbox on Linux Mint 21.

To remove Dropbox from the Linux Mint 21 system, type:

Open the Software Manager and type Dropbox in the search-bar. Select the Dropbox app and click on it:

Now, click on the Install button to let it install on the system:

Enter the correct Linux Mint password in the authentication dialogue box and hit to Authenticate button:

The Dropbox is installing on your system, please wait a while:

So, the Dropbox is installed on the Linux Mint 21 system, click Launch to start using it:

You can also remove it by clicking on the Remove button.

To check whether it is installed on the system, open the Application menu and in the All Applications tab, scroll down until you get the Dropbox icon: 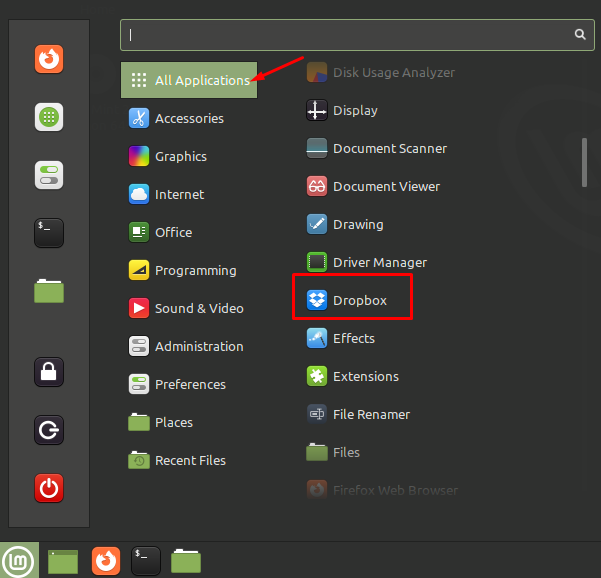 Dropbox is a cloud-based file hosting service. It used to store and share data from anywhere once installed via internet connection. The free plan of Dropbox provides 2GB of storage. This article has focused on how to install Dropbox on Linux Mint 21 system, we have discussed two easy approaches i-e, through terminal and through GUI.