Discord is a free Voice over IP(VoIP) software to support communication with various people via voice, video, text messaging, and it also provides sharing access as well.

In the early days of Discord, it was considered that gamers were the main targeted community, but the frequent major updates made Discord suitable for general users also.

The Discord access was available publicly in 2015 and recent statistics of 2020 reported that Discord has crossed registered users over 250 million and has more than 140 million active users per month. Discord software is developed using multiple languages like C++, Python, JavaScript, and its support is available for a variety of operating systems in around 28 languages. It can also be used on smartphones. Among the supported OS, Discord has extensive support available for Linux OS and for well-known Linux-based distributions like Linux Mint, Ubuntu, Debian etc. Following the importance of Discord and its wide support for Linux OS, we have prepared this descriptive guide to go through its installation on Linux Mint.

Before we start the installation process; let’s have a look at some distinctive features of this useful package:

The below stated features discriminate Discord from its competitors and therefore is utilized broadly:

How to install Discord on Linux Mint

To install Discord on Linux Mint, there are three possible methods to perform this action:

All these methods are used to get Discord on Linux Mint; these installation methods are discussed in detail in upcoming sections:

Method 1: How to install Discord using terminal on Linux Mint

This method refers to the installation of Discord using the command line support of Linux Mint: this method is broken down into two simple steps for better understandability.

After updating the packages list, you have to get the snap packages to install Discord on your Linux Mint:

But before installing snap packages; you must remove the file “/etc/apt/preferences.d/nosnap.pref” because it has the “nosnap” tag as a preference, which means either snap or its associated packages cannot be installed. You can copy and paste the command mentioned below to remove the above stated file:

Once the “nosnap.pref” file is removed; you can now install snap package by issuing the command mentioned below:

You can run Discord by issuing the following command in terminal: 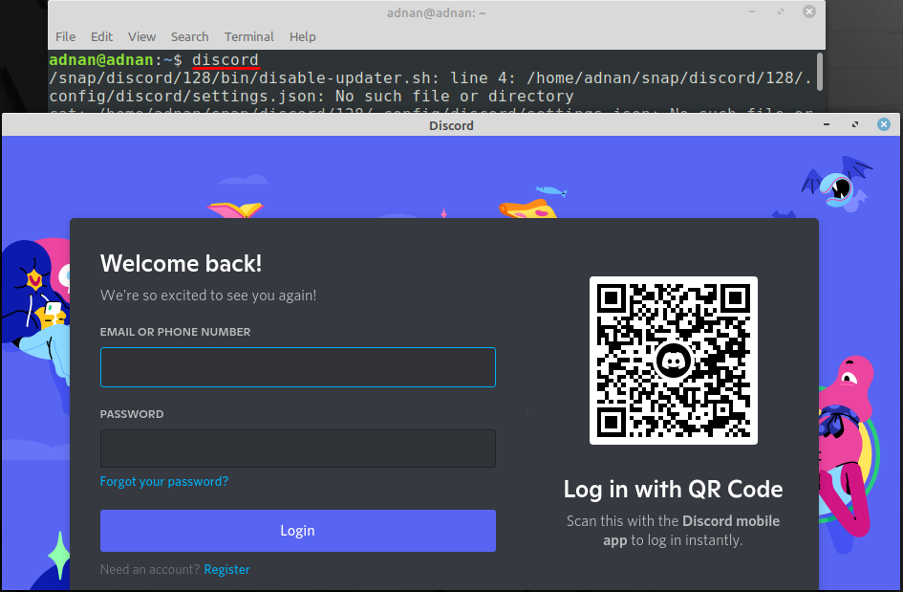 This method is useful for those who prefer graphical user interface: Follow the steps carefully to get Discord on Linux Mint:

Step 1: Locate package manager and search Discord
Click on the menu placed on the taskbar in Linux Mint and then click on the “Software Manager” icon to open it. 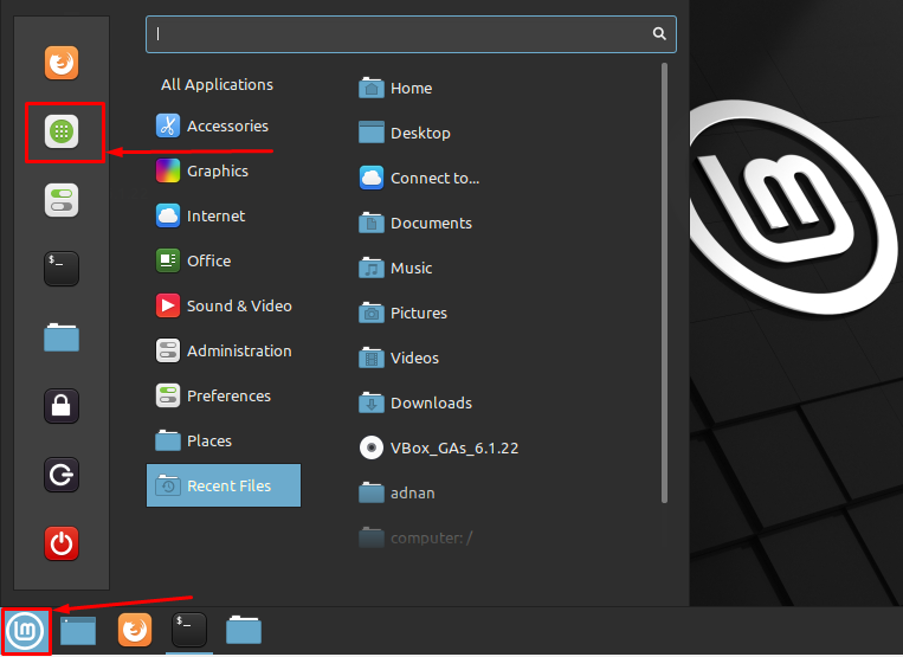 Once it is opened, click on the search bar, type “discord” and hit enter key: you will find Discord app in search result:

Step 2: Installation
The time you clicked on “Discord”; a window will be displayed with an “Install” button: Click on install to start the installation:

The installation will take few minutes; after successfully completion of installation; the following window will be there:

Method 3: How to install Discord on LinuxMint using .deb package

This method will allow you to download and install Discord using .deb package.

Download the Discord app by issuing the following command: 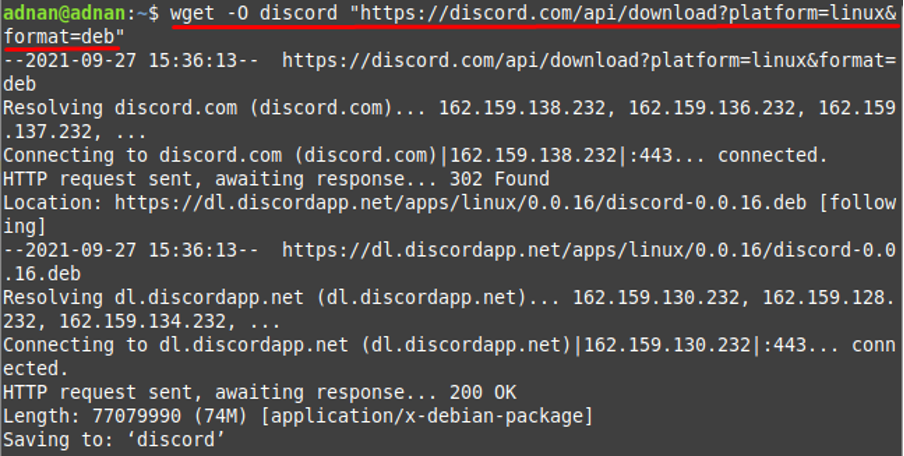 And install the downloaded .deb package with the help of command mentioned below:

How to remove Discord from Linux Mint

Discord package can be removed by either using terminal or “Software Manager” of Linux Mint:

Using terminal: To remove Discord from Linux Mint; you can copy/paste the command stated below to do so:

Or you can remove it using “Software Manager” of Linux Mint as well:

Click on the “Menu” of Linux Mint and open the “Software Manager”: 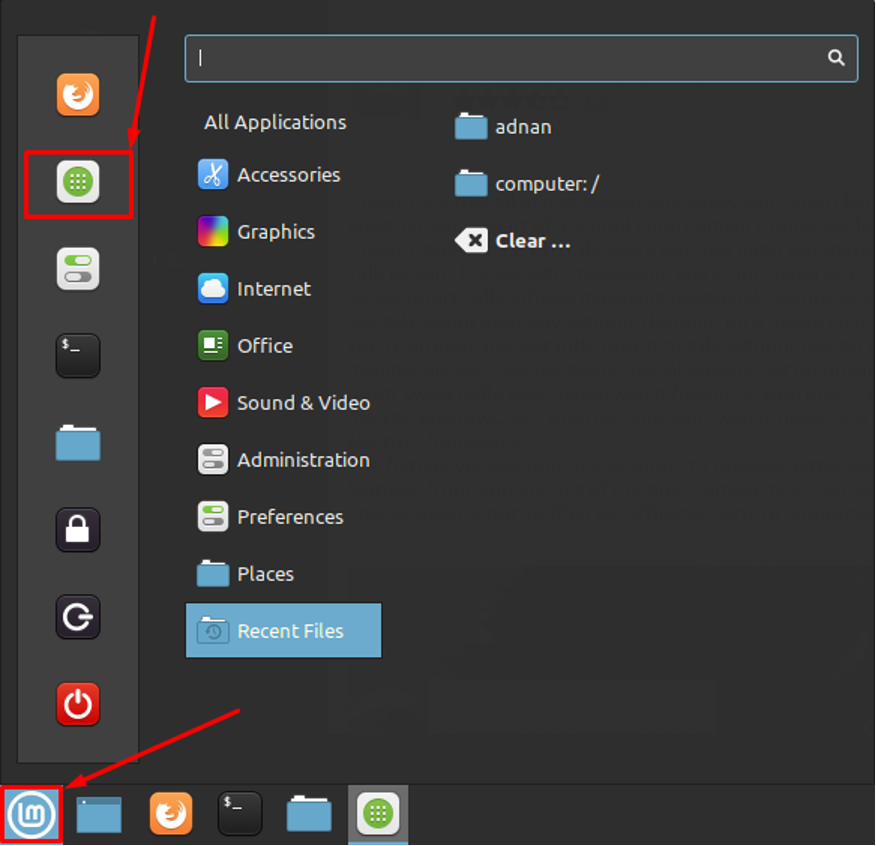 The time you clicked on it; you will find two buttons “Launch” and “Remove”: As we are heading towards removal of Discord: So, click on “Remove”:

After clicking on “Remove”, you will notice that “Install” button is there that means Discord has been removed successfully:

Discord software provides an extensive range of features and can be installed to use on several operating systems. One can use it for free to perform following tasks: text messaging, video calls and gaming support available with server accessibility. Discord support is also available for several Linux-based distributions that include Debian, Ubuntu, Linux Mint, Kubuntu etc. In this descriptive post, we have discussed three methods that can be followed to install this package on Linux Mint. Method 1 refers to terminal enthusiasts and the users can follow Method 2 to install Discord from graphical interface support of Linux Mint. Moreover, you can install Discord using .deb package on LinuxMint by following Method 3.