If you are new to Linux and do not know how to monitor your system or find it difficult to get information on the resource usage of the system, then you need to install a tool that gives all the data about status on the system resources.

There are several tools one can find to monitor the Linux system resources, but Conky seems to be the one. In other words, it’s just like that of a Task Manager in the Windows operating system, read this guide to install conky on Linux mint 21.

To use the resources of your Linux system effectively it is imperative to monitor the usage of system resources. Conky as mentioned above is Linux system monitoring tool which is quite easy to install by following the subsequent steps:

Next install the updates of the packages that whose updates are available using: 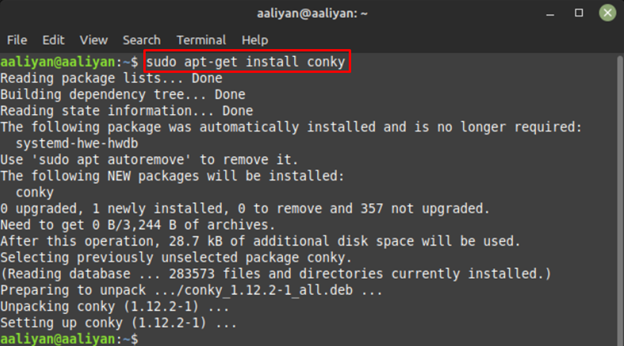 To verify the installation of Conky on your system check its version using:

Now a window will pop-up showing the stats on the resource usage of the system: 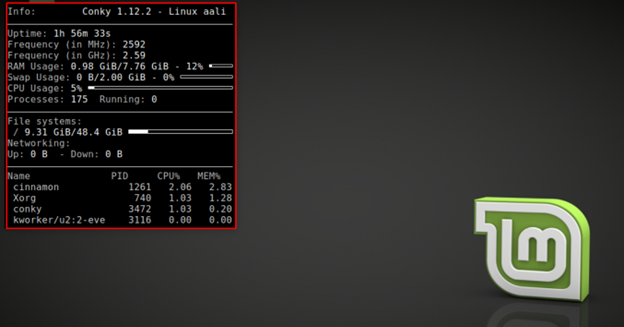 This window will be displaying the status about filesystem, RAM usage, CPU usage, system up time and information about the Conky version along with the system username.

If you no longer need this monitoring tool, then simply uninstall it using:

Monitoring your Linux system resource usage can contribute to the effective use of resources, Conky is one of the best suited monitoring tools for Linux systems as it gives the detailed stats on the usage of resources. The process to install this tool is simple as one needs to just use the apt packet manager.