Code Blocks is an open source, cross-platform Integrated Development Environment (IDE) to implement a custom build system. It provides a rich platform for its developers to create, deploy, code, and debug, and hence can customize their own environment.

How to Install Code Blocks on Linux Mint 21

In Linux operating system, we have two approaches to install Code Blocks:

In the first step, you’re required to update the Linux Mint system to let the repositories update:

Execute the given-below command to install the Code Blocks application through the default repository:

Now, you can launch the application by typing “codeblocks” in terminal: 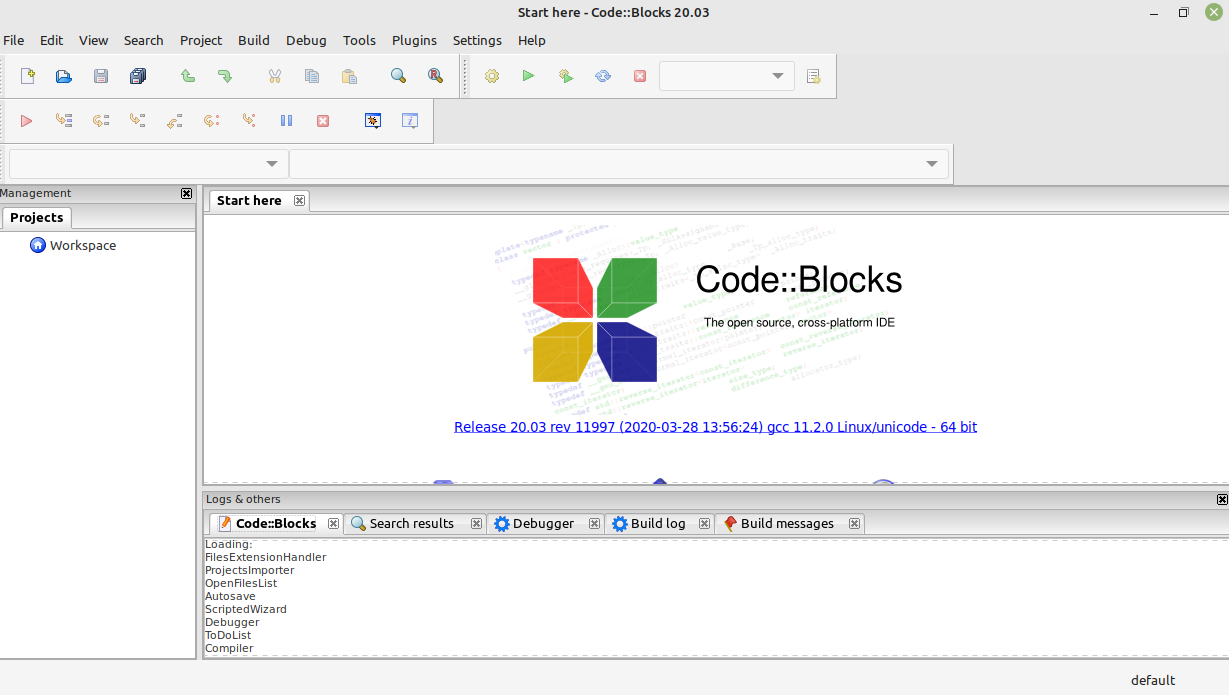 However, if you want to remove it from the system, type:

You can also install the Code Blocks tool from the graphical interface. Open the Software Manager, type Code Blocks in the search bar and select the right one:

Navigate towards the Install button and click on it:

Enter the correct password of Linux Mint and hit to Authenticate button: 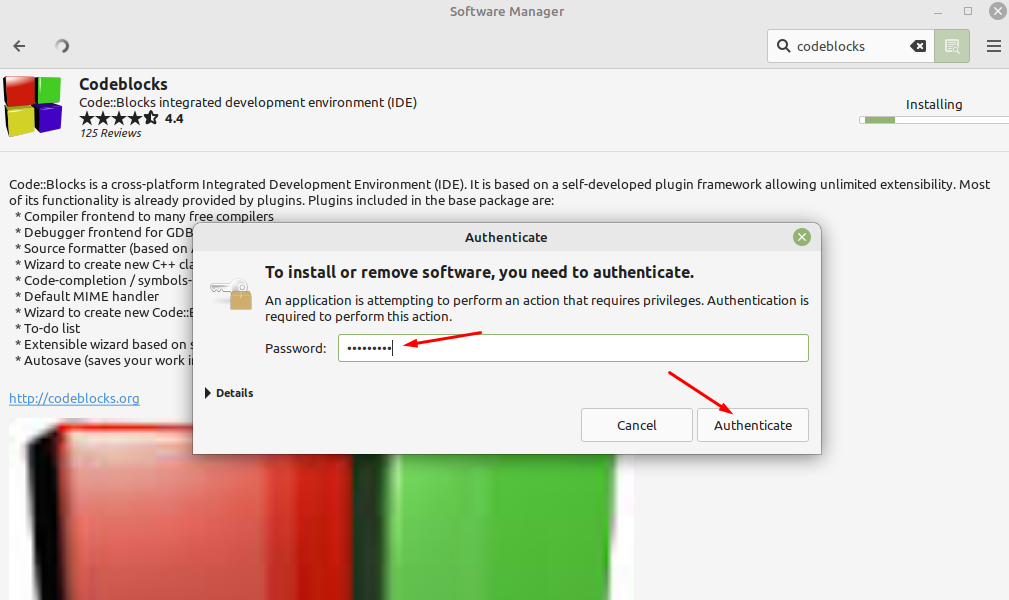 Click to Launch button to get it on the screen: 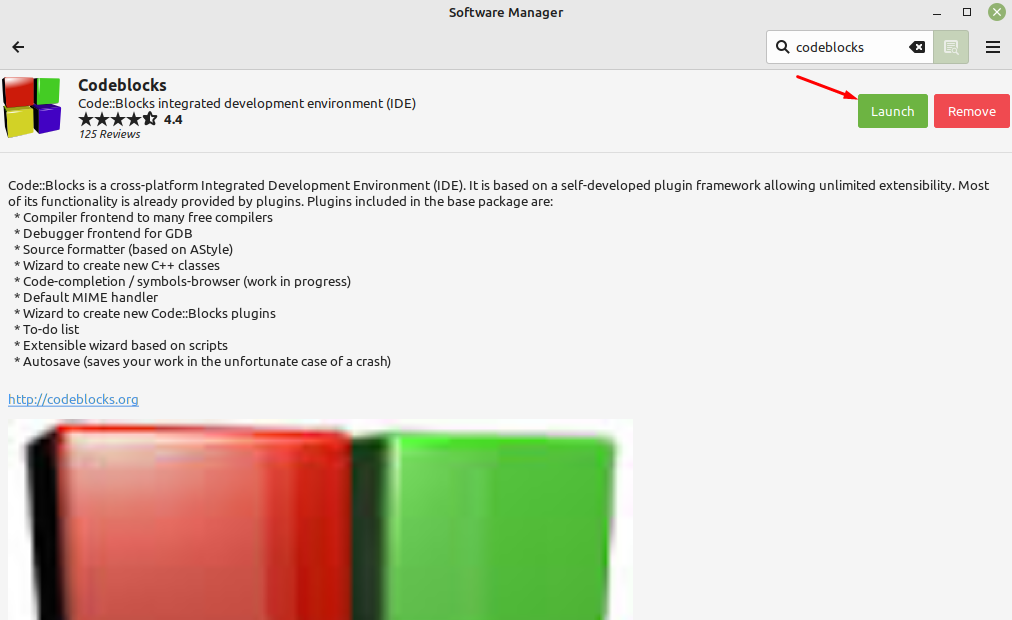 You can also uninstall it by clicking the Remove button.

Code Blocks is a light-weighted Integrated Development Environment used to create, debug, and deploy programming projects. It has a simple user interface with rich features and is extensible through plugins. It comes with a wide range of compilers like Intel, LCC, Microsoft Visual C++, Open Watcom, and many more. This article has mentioned the details of how to install Code Blocks using a terminal and GUI on Linux Mint 21.