CMake is a cross-platform software that produces project files for a variety of environments from applications/softwares code. CMake is not a build system but it generates build files for another system. For instance, CMake on Linux will produce build files named Makefile; CMake on Windows will create a solution of Visual Studio.

Being cross-platform support, CMake can be obtained on Linux-based distributions and this writeup will provide a demonstration to install CMake on Linux Mint.

How to install CMake on Linux Mint

Linux Mint is a widely used Ubuntu-based distribution of Linux. In this section, we will provide several methods to install CMake on Linux Mint. The following methods are adapted to build this informative guide.

To get CMake on Linux Mint; you must perform the steps provided below.

Step 1: Open the terminal(Ctrl+Alt+T) and ensure that your system is up to date. To do so, execute the below-mentioned command in the terminal of Linux Mint.

Step 2 : After ensuring that the packages update, run the following command to install CMake packages.

To verify, check the version of CMake with the help of command provided below

How to install CMake on Linux Mint using the graphical interface 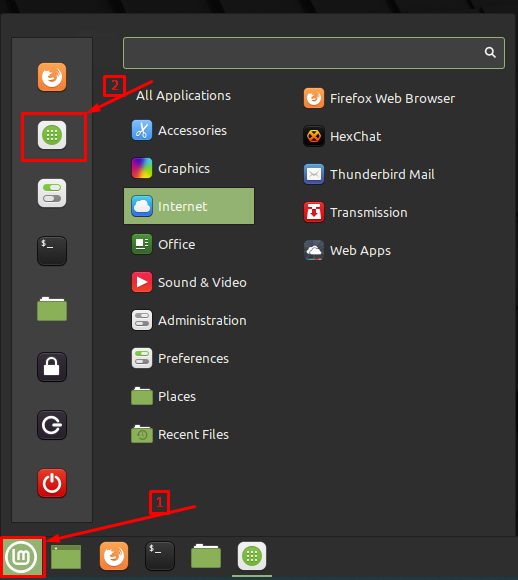 Step 2 : Type cmake in the search bar and hit Enter. You will observe the search result contains multiple CMake named files, so click on the following.

Step 3 : After that, navigate to the Install button:

Now, provide your password to proceed with the installation

Soon after successful authentication, the installation will start. 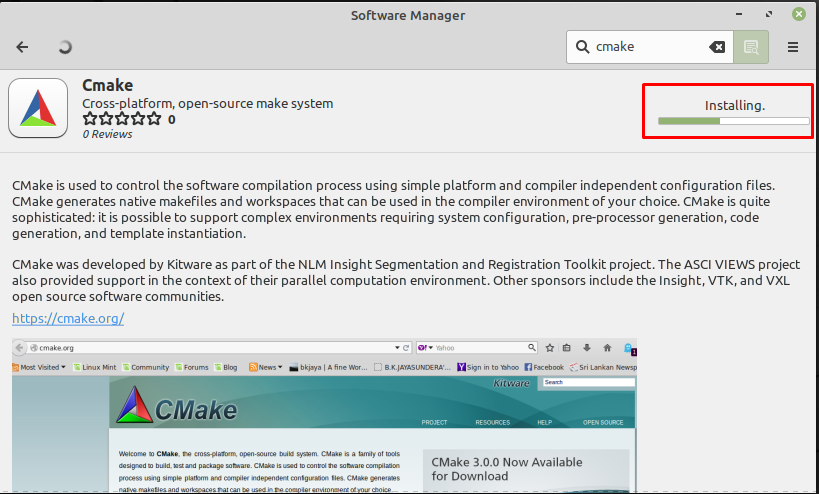 Step 4 : After completion of installation, you will observe the following interface. 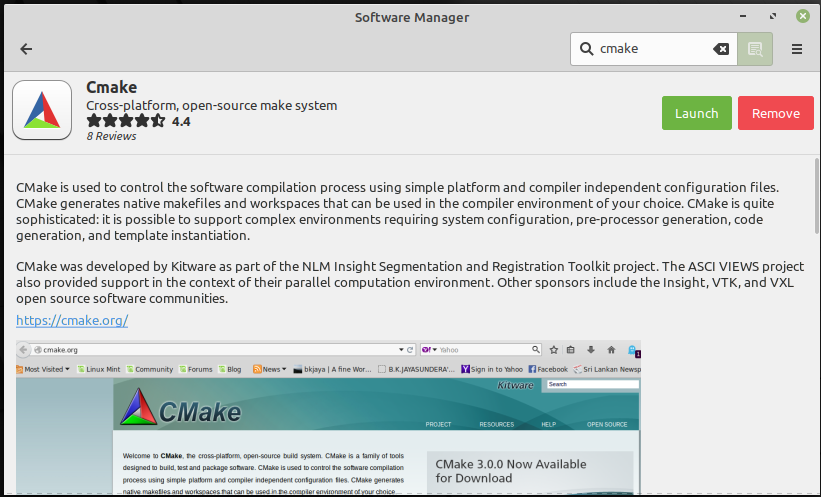 Now, you can run CMake by clicking on the Launch button.

How to remove CMake from Linux Mint

The CMake can be removed from the Linux Mint by either using the command line or graphical support of Linux Mint. Let’s get into them one by one,

To verify the uninstall, you can look for the version with the help of the following command. It is observed from the output that the CMake is not installed. 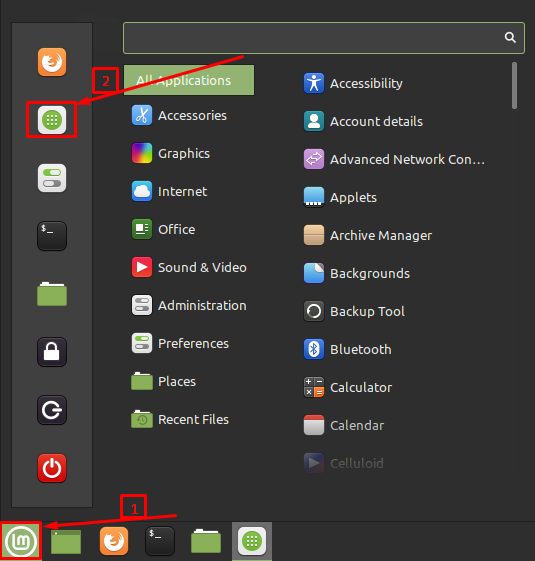 From there, search for cmake, and the following window will appear. Click on that CMake where you find the green tick icon. 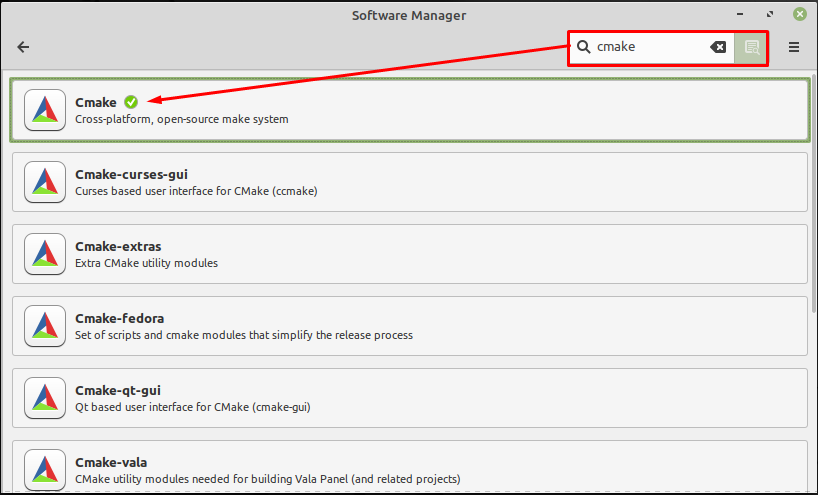 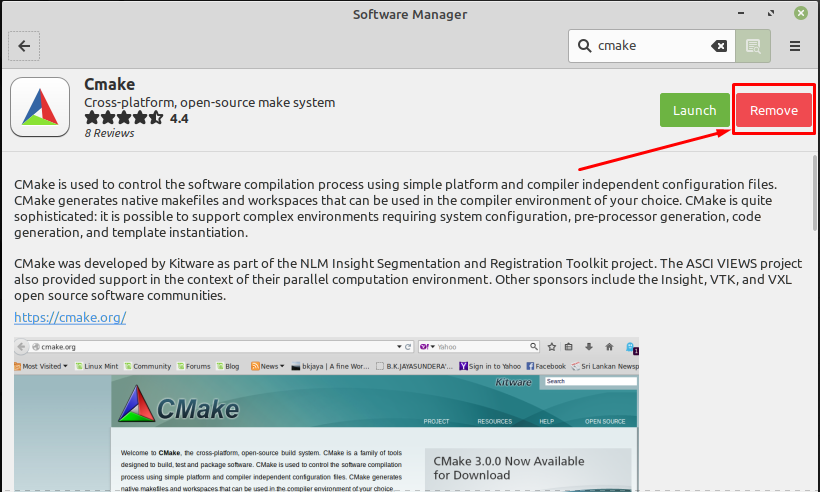 An authentication prompt will appear and enter your password to remove the package.

And after successful removal, the following interface will appear, where you will observe that the Install button appears. That means CMake has been removed successfully. 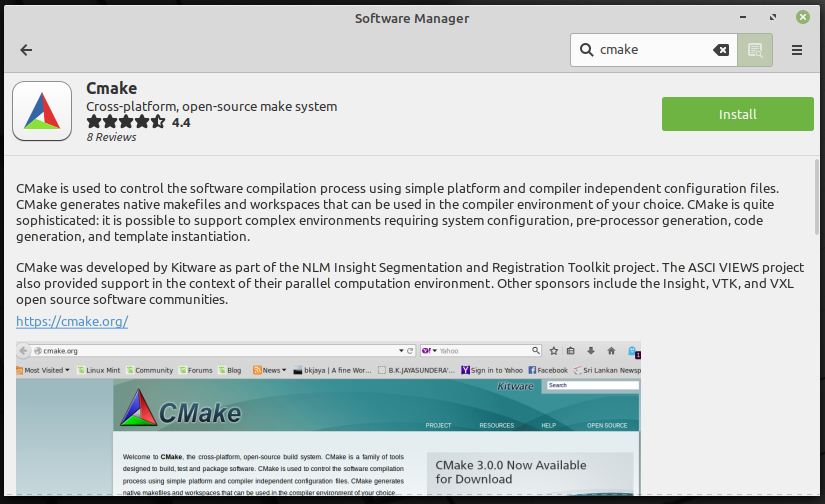 CMake is a program that lets us produce project files for a variety of environments from applications/software code. Because the project files are created independently using CMake, we are no longer bound to a particular IDE. Due to its cross-platform accessibility, it is available for Linux-based distros. This article contains the installation guide of CMake on Linux Mint. The possible methods are graphical interface and command line support of Linux. The users who are curious to use CMake on Linux Mint can adopt either way to install it on Linux Mint.