Battle for Wesnoth is a turn-based strategy game that takes place in a fantasy world. In the game, players control armies of various fantasy creatures, such as elves, dwarves, and orcs, and engage in battles against AI-controlled enemies or other players.

The Battle for Wesnoth is available for a variety of platforms, including Windows, macOS, Linux, Android, and iOS. So, if you want to play this game on your Linux Mint 21 then give this guide a thorough read as it explains a detailed process for installing it.

How to install Battle for Wesnoth on Linux Mint 21

This game features a single-player campaign mode, as well as a variety of multiplayer modes, including ranked matches, tournaments, and custom games, below are some steps that are necessary to follow to install it on Linux Mint 21:

Step 1: The only way to install Battle of Wesnoth on Linux Mint 21 is by using the flatpak package manager So first update the packages list for the default package manager by executing: 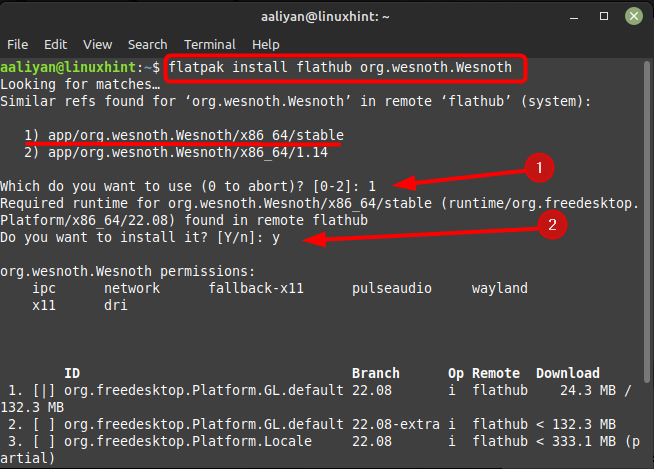 Select the stable version by giving its number that is 1 and afterwards enter y to prompt the installation, once the installation is completed the status of “Installation Complete” will be shown as in the image below: 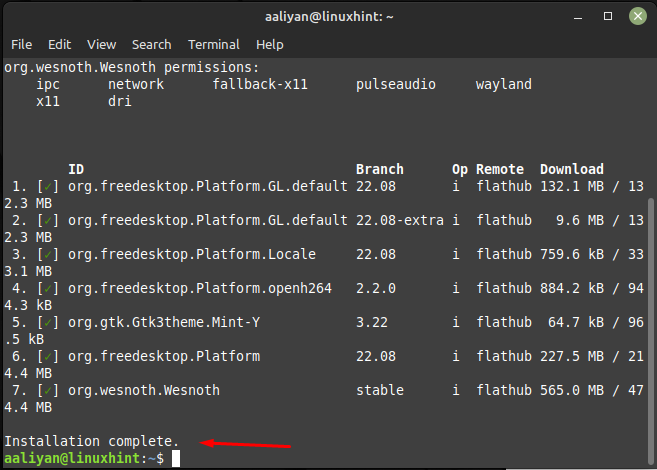 Step 3: Now one way to run the game is through the terminal by executing the below command: 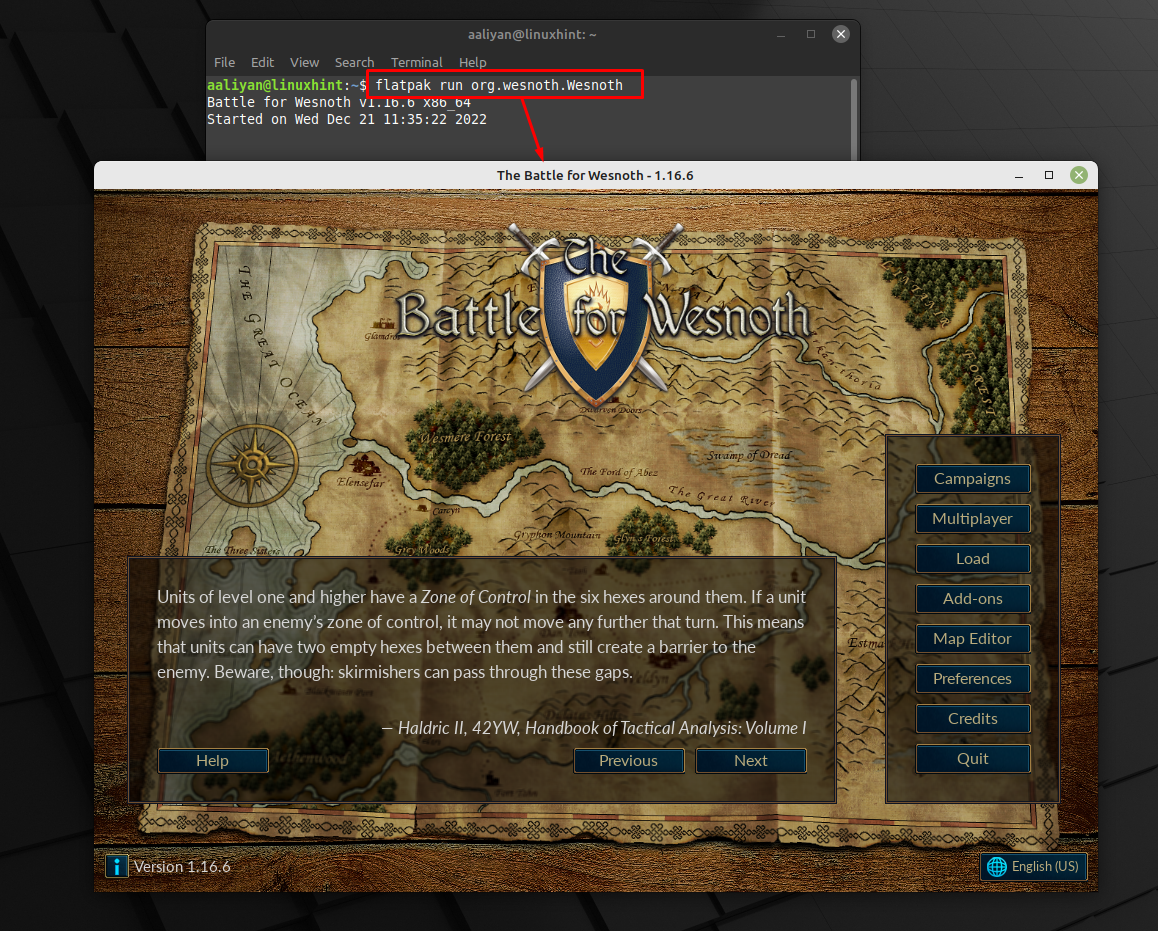 The other way to run Battle for Wesnoth is by going into the games option under the Linux Mint start menu: 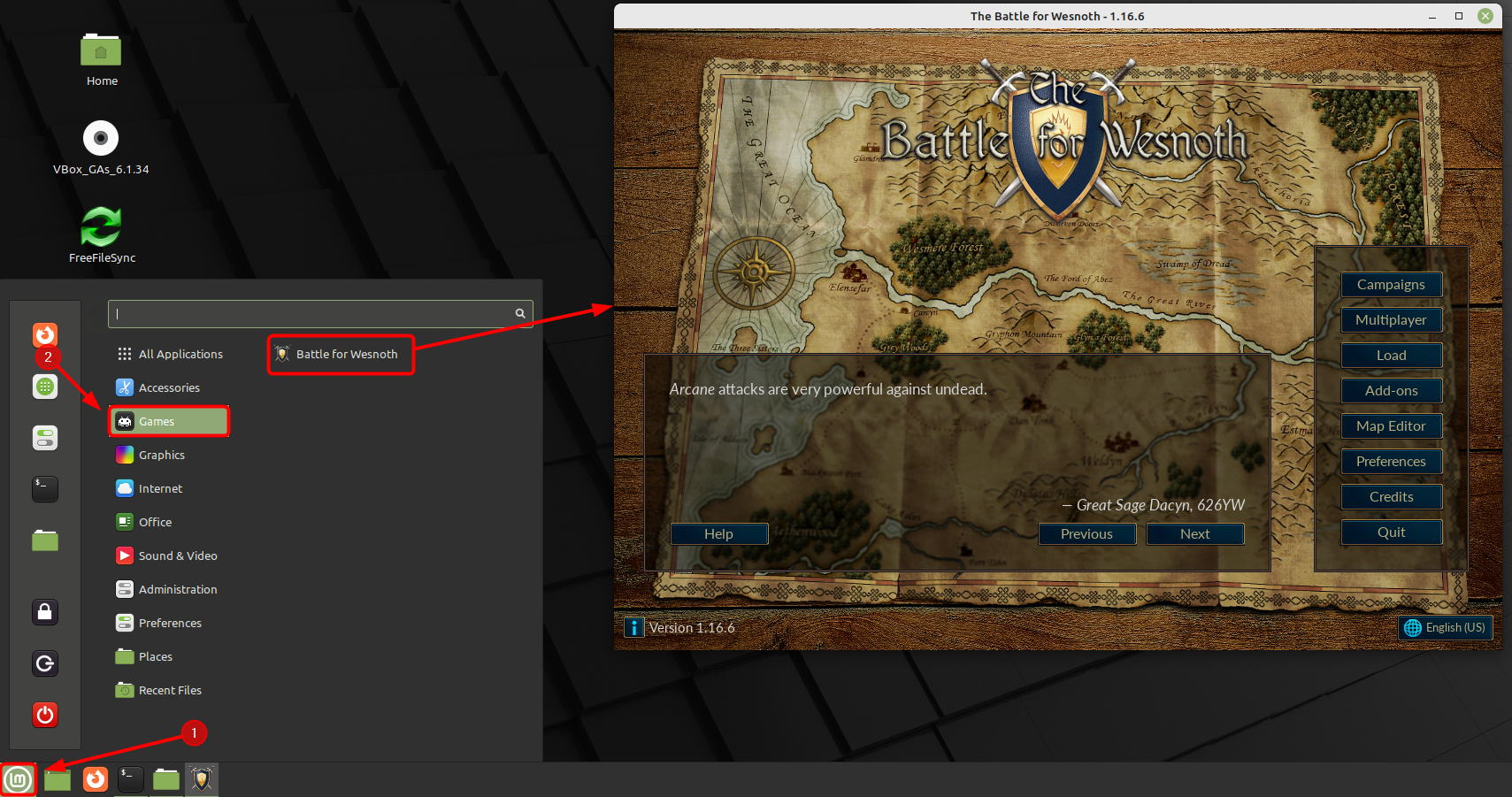 How to update Battle for Wesnoth in Linux Mint 21

To keep the game running perfectly and to get new features introduced by developers of this game one needs to update it occasionally, and for that execute:

How to remove Battle for Wesnoth from Linux Mint 21

If you no longer want to play Battle for Wesnoth and want to remove it from Linux Mint, then uninstall it through Flatpak using:

The Battle for Wesnoth campaign mode follows a story set in the fictional world of Wesnoth, in which players must defend the kingdom against various threats and enemies. It has gained recognition for its intricate gameplay and captivating story, and has a devoted player and developer base. To install it on Linux Mint 21 one can get it through Flatpak package manager, the detailed process of which is given in this guide.