Similar to Google Drive, Dropbox, and so on, OneDrive is an online cloud data storage service by Microsoft. Microsoft provides the OneDrive desktop client for Windows, MacOS, and Android. No desktop client is available for Linux. However, we have a free OneDrive client for Linux where we can sync it with our Linux system.

This guide explicates how to install and use OneDrive on Linux Mint.

Linux Mint 20 is being used for the execution of commands and preparing the post.

OneDrive is part of Linux Mint 20 base repositories. Open terminal and refresh the apt listing with the command:

Once the apt-cache is updated successfully, we can install OneDrive from the Linux Mint standard repositories using the command:

However, the standard repositories do not maintain the latest versions of the application. If you want to install OneDrive’s latest version, you can install it from the PPA repository.

If you wish to install OneDrive from the external repository, first, add OneDrive repository:

Upon successful addition of PPA, update the apt-cache:

Next, install the latest OneDrive with the command:

Once the OneDrive is installed successfully, check the installed version using the command:

After the successful installation, we need to authorize the OneDrive account before using it.

Copy the link that will prompt from the terminal window, then open the web browser and paste the link there. It will authenticate your OneDrive account. Press “Yes” when you see that the application is trying to access your information.

After clicking “Yes”, a blank webpage will appear. Copy the URL of this webpage and paste it on the terminal in the field ‘Enter the response uri’.

You will see a message that the authorization is done successfully.

Now, let’s perform a dry run of OneDrive. It will not manipulate your data. However, it will show the status of OneDrive whether we can perform operations on it or not.

New Directory for OneDrive will be created in the home directory and all the operations will be performed there in the future.

If you want to sync all your OneDrive cloud files on your Linux Mint system, run the below-given command to do so:

All the data will be downloaded from the OneDrive cloud and stored in the OneDrive directory on the Linux machine. 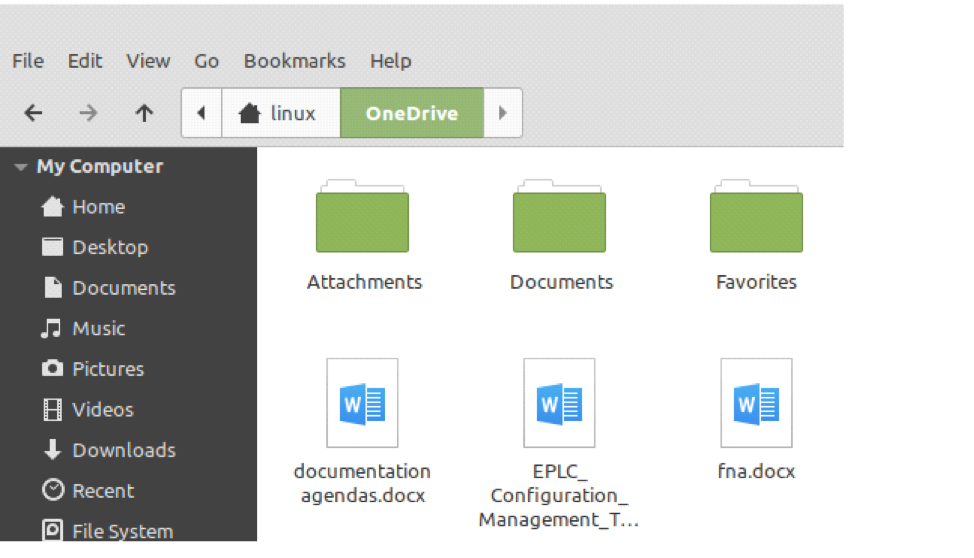 The OneDrive service runs in the background and helps us to keep our system updated automatically.

First, check the status of the OneDrive service:

As shown, the service is loaded, but it is inactive.

You can see that the OneDrive service is enabled and activated. Now, it will automatically synchronize all the data on the cloud server and Linux Mint machine.

OneDrive is an online cloud-based storage platform owned by Microsoft. OneDrive allows us to store our important files, photos, and many other things on a cloud server. OneDrive is available from base repositories. However, we can also use the external PPA repository to get OneDrive’s latest version. Microsoft does not provide any OneDrive client application for Linux. Nonetheless, we have a free OneDrive client for Linux where we can sync our data between the OneDrive cloud and our Linux Mint machine. This article focuses on the installation and usage of OneDrive on Linux Mint.