Miniconda is a minimalistic and free installer for conda. It includes conda, Python, and the small number of packages that the Python and conda depend on. Moreover, it also includes a small number of useful packages like requests, PIP, and many more. Linux Mint is used for preparing this post.

The Miniconda’s installer script will be downloaded successfully.

The downloaded installation script file is not executable. So, now, we have to make this installer script executable with the following command:

Next, execute the installer script using the command below: 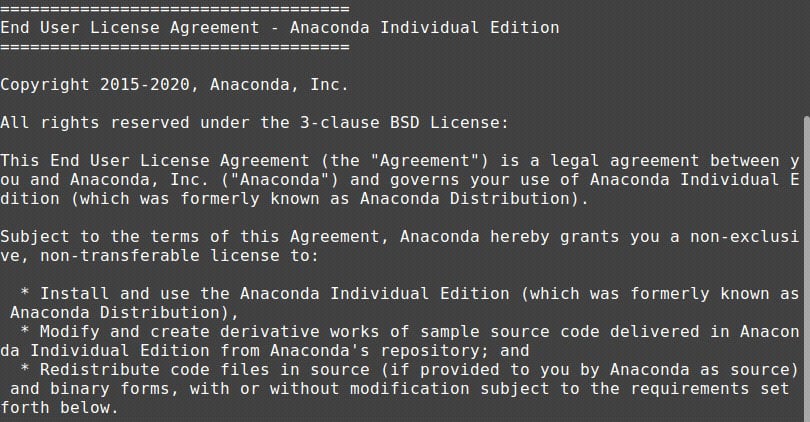 Next, the system will ask for the Miniconda installation location. By default, a new Miniconda directory will be created in your home directory and will be installed there. You can press enter to confirm the location, or you can specify a different location for Miniconda as well.

Lastly, if you want the installer to initialize Minicoda3 by running conda in it, then press yes. Otherwise, you can press Enter, and it will not initialize the Miniconda3.

Getting Started with Miniconda on Linux Mint

Miniconda will be activated successfully.

To verify the installation and check the Miniconda’s installed version, type the given command: 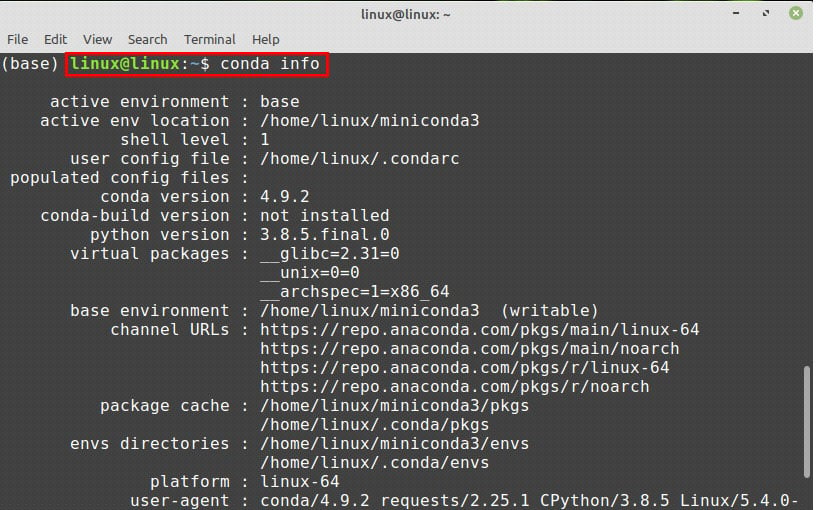 Now let’s update the Miniconda package by typing the following: 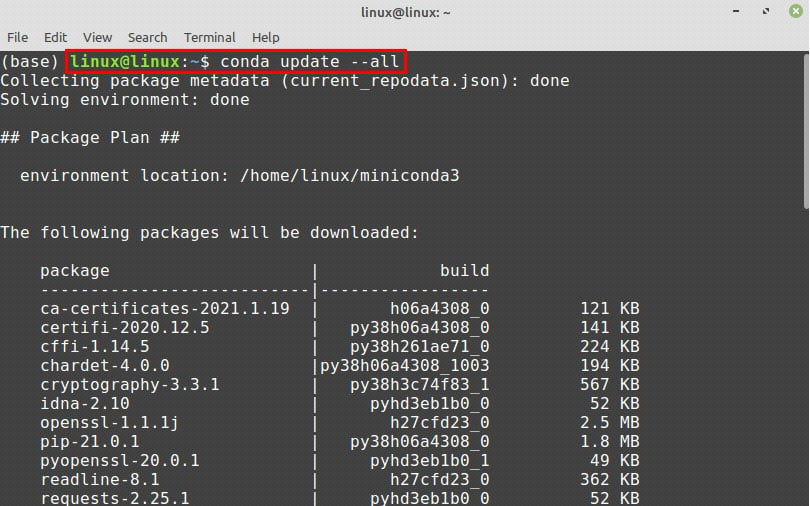 Miniconda shows the list of all the packages that need to be updated. Type “y” to update the packages.

To deactivate Miniconda, use the command below:

Miniconda is a small and bootstrap version of conda. It includes less but important packages. Miniconda can be installed on Linux Mint from the installer script, and this post focuses on the installation and usage of Miniconda on Linux Mint.