This tutorial explains how to implement the IPsec protocol to shield the internet connection using StongSwan and ProtonVPN.

IPsec is a level 3 secure protocol. It provides security for the transportation layer and superior both with IPv4 and IPv6.
The IPSEC works with 2 security protocols and a key management protocol: ESP (Encapsulating Security Payload), AH (Authentication Header), and IKE (Internet Key Exchange).
Protocols ESP and AH grant different security levels and can operate in transport mode and tunnel modes. Tunnel and Transport modes can be applied both with ESP or AH implementation.
While AH and ESP work in different ways, they can be mixed to provide different security features.

Tunnel mode: A new IP header containing source and destination addresses is implemented. Original IP may differ from the new one.

AH, protocol (Authentication Header): The AH protocol guarantees packets point-to-point integrity and authentication for transportation and application layers except for variable data: TOS, TTL, flags, checksum, and offset.
Users of this protocol ensure packets were sent by a genuine sender and were not modified (as would happen in a Man in the Middle attack).
The following figure describes the implementation of the AH protocol in transport mode. 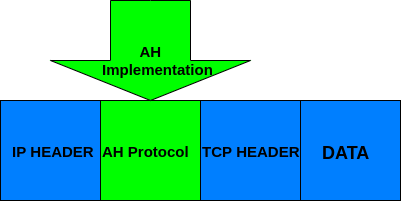 The following image shows the implementation of the ESP protocol operating in tunnel mode: 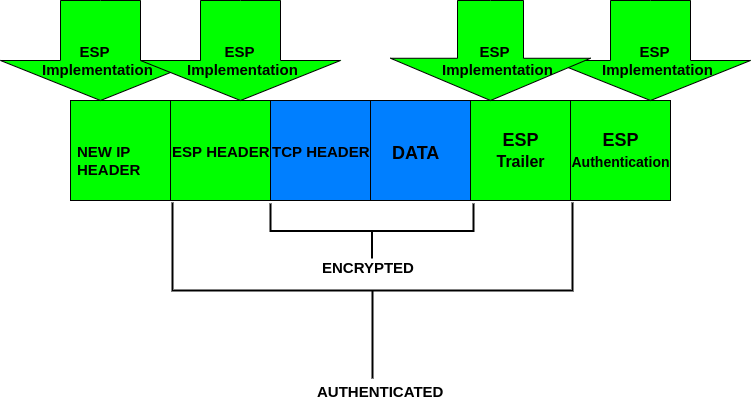 By comparing the previous graphics, you can realize the ESP process covers original headers encrypting them. At the same time, AH adds an authentication header.

The IKE manages the security association with information such as the IPsec endpoint addresses, keys, and certificates, as required.

You can read more on IPsec at What is IPSEC and how it works.

Implementing IPsec in Linux with StrongSwan and ProtonVPN:

This tutorial shows how to implement the IPsec protocol in Tunnel Mode using StrongSwan, an open-source IPsec implementation, and ProtonVPN on Debian. The steps described below are the same for Debian-based distributions like Ubuntu.

After Strongswan is installed, add necessary libraries by executing:

Move certificates to the IPsec directory by running:

Now go to https://protonvpn.com/ and press the GET PROTONVPN NOW green button.

Press the button GET FREE.

Fill in the registration form and press the green button Create an account. 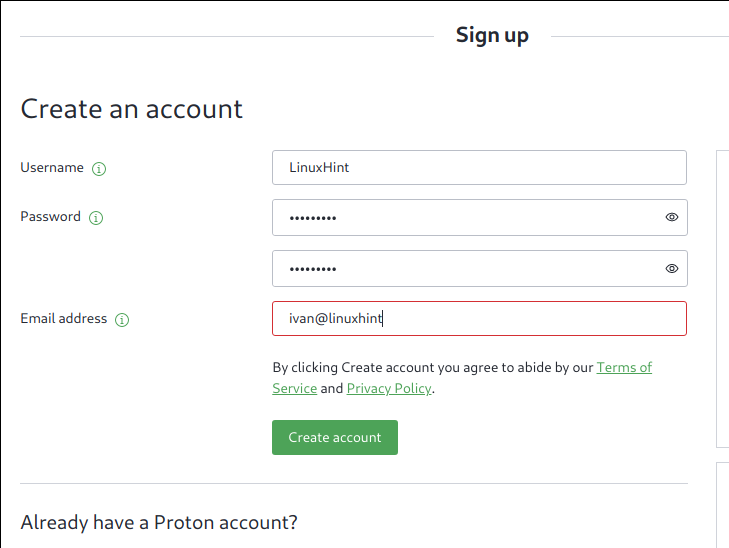 Once in the Dashboard, click on Account>OpenVPN/IKEv2 username. These are the credentials you need to edit the IPsec configuration files. 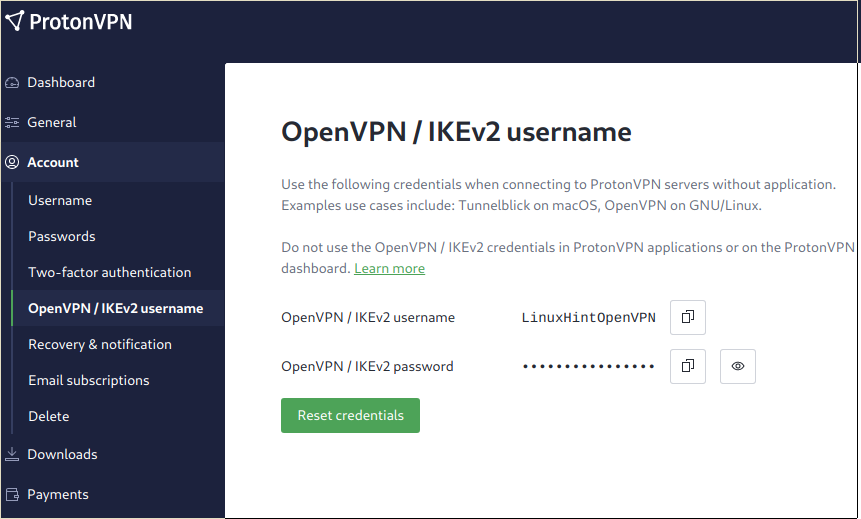 Edit the file /etc/ipsec.conf by running: 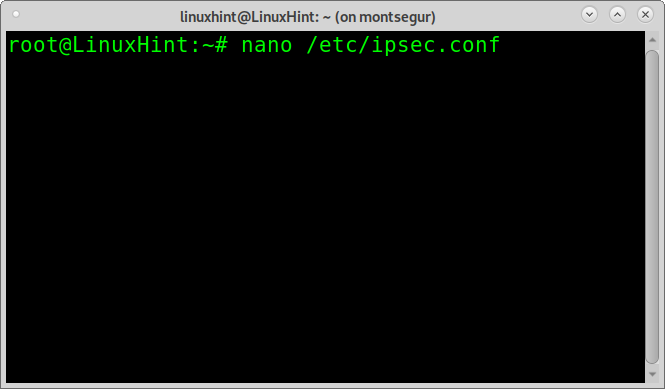 NOTE: Where LinuxHint is the connection name, an arbitrary field. <OPENVPN-USER> must be replaced by your username found at the ProtonVPN Dashboard under Account>OpenVPN/IKEv2 username.

The value nl-free-01.protonvpn.com is the chosen server; you can find more servers in the Dashboard under Downloads>ProtonVPN clients. 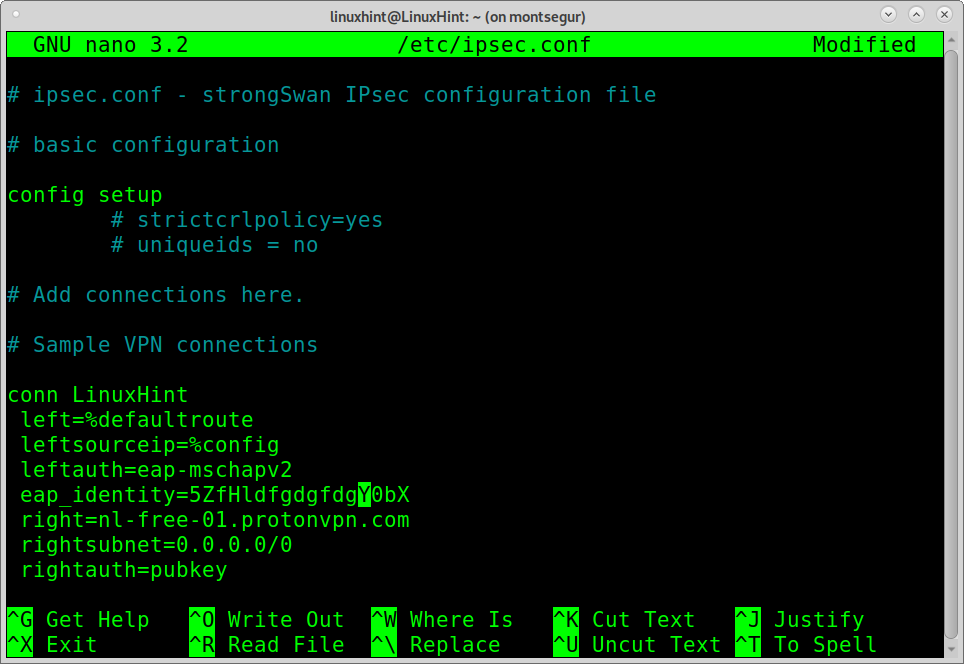 Press CTRL+X to save and close.

After editing /etc/ipsec.conf you need to edit the file /etc/ipsec.secrets which stores credentials. To edit this file run: 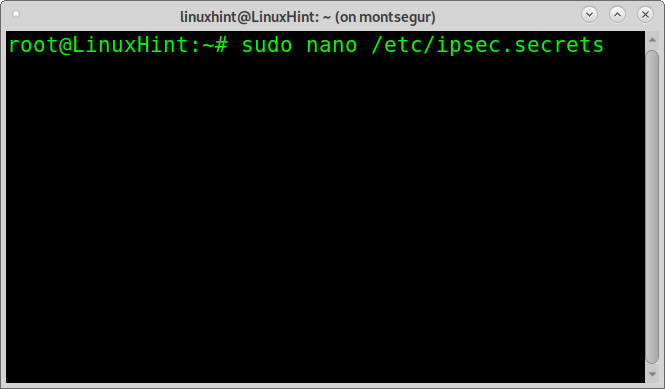 You need to add the username and key using the syntax “USER: EAP KEY” as shown in the following screenshot, in which VgGxpjVrTS1822Q0 is the username and b9hM1U0OvpEoz6yczk0MNXIObC3Jjach the key; you need to replace both of them for your actual credentials found in the Dashboard under Account>OpenVPN/IKEv2 username. 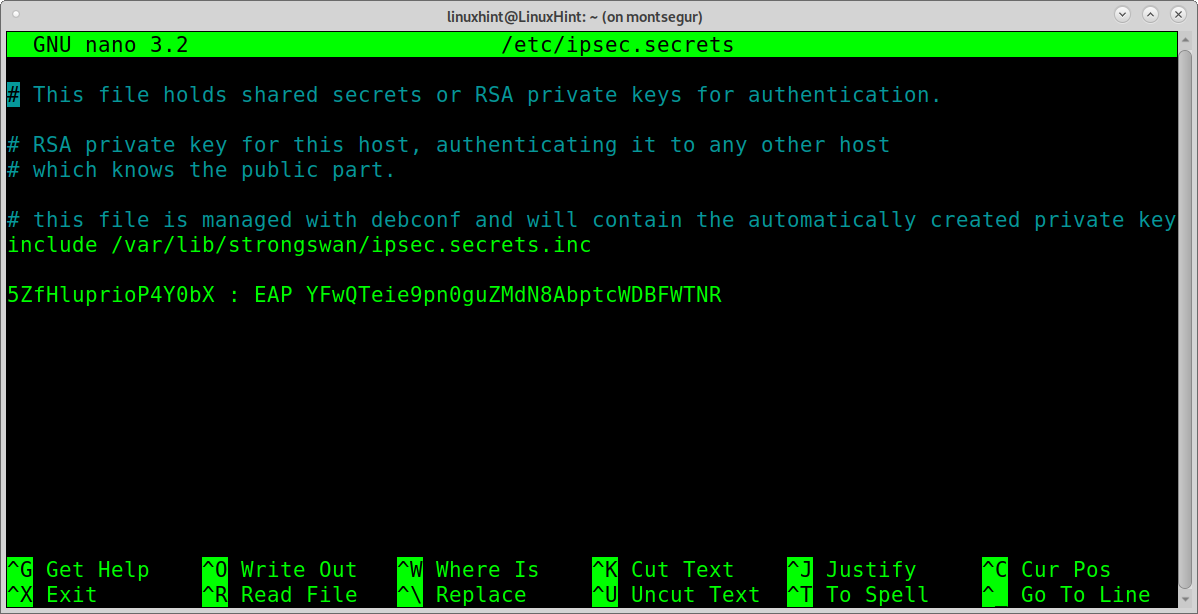 Press CTRL+X to save and close.

Now it’s time to connect, but before running ProtonVPN, restart the IPsec service by running:

Now you can connect running:

As you can see, the connection was established successfully.

If you want to turn off ProtonVPN, you can run:

As you can see, IPsec was disabled properly.

By implementing IPsec, users drastically evolve in security concerns. The example above shows how to deploy IPsec with ESP protocol and IKEv2 in Tunnel Mode. As shown in this tutorial, the implementation is very easy and accessible to all Linux user levels. This tutorial is explained using a free VPN account. Still, the IPsec implementation described above can be improved with premium plans offered by VPN service providers, getting more speed and additional proxy locations. Alternatives to ProtonVPN are NordVPN and ExpressVPN.

Regarding StrongSwan as an open-source IPsec implementation, it was chosen for being a multi-platform alternative; other options available for Linux are LibreSwan and OpenSwan.

I hope you found this tutorial to implement IPsec in Linux useful. Keep following LinuxHint for more Linux tips and tutorials.