In the Linux system, snap is the cross-distribution application manager containing a bundle of applications with their respective dependencies. This easy-to-install application deployment system for Linux users is explored by Canonical.

Installing packages from the snap store is quite easy as they are installed with the source code, libraries, and dependencies and update the package automatically.

The service used to handle and manage snaps at the backend is called snap daemon or is represented as snapd. It’s a snap package manager that is used to install applications from the snap store and manage them.

How to Enable Snap Packages on Linux Mint 21

To enable snap packages on Linux Mint 21 system, you need to perform a few steps carefully:

Step 1: In the first step, you are required to delete the nosnap.pref file from the system. It would be done by executing the following command in the terminal:

Step 2: After removing the file, update the system repository to upgrade all the packages with the help of the given command:

Step 3: Now, install the snap daemon on Linux Mint 21 system to manage and handle snap packages. Execute the command mentioned below to get snap daemon:

Step 4: After the installation of snapd, start it using the given command:

Step 5: In the next command you would be able to enable snapd, so that in the boot time, it starts automatically on the system:

Step 6: Run the following command to check the successful installation of Snap on Linux Mint 21 system:

We can now install any package from the snap repository after installing snap on the Linux Mint system. But make sure that the application is available on the snap store.

You can get a list of applications offered by snap store from its official site: 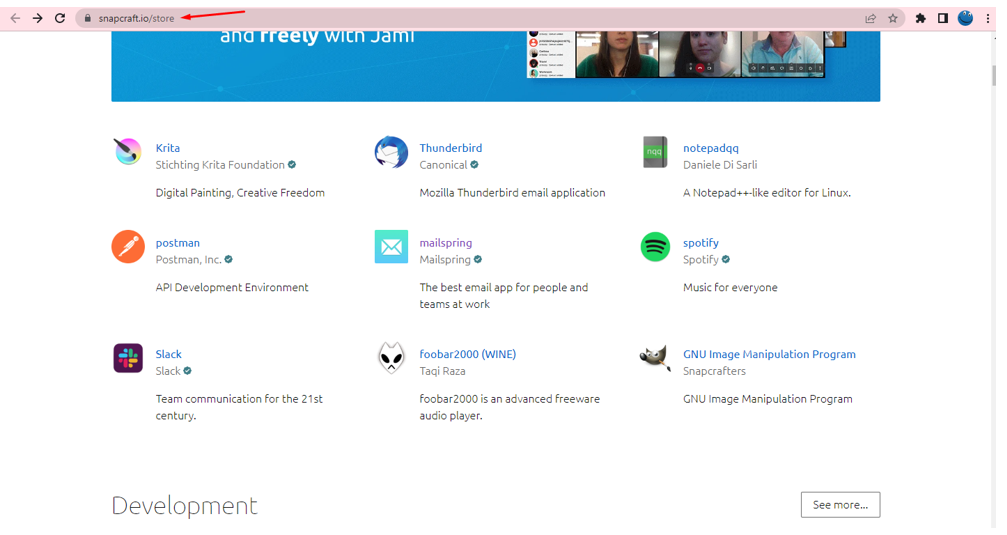 To install the application from the snap store, the following syntax should be followed:

For example, if we want to install mailspring on our Linux system, run the command given below on terminal:

How to Remove Snap Package from Linux Mint 21

To remove the specific package from Linux Mint system, follow the mentioned syntax:

To remove mailspring snap from the system, type in terminal:

How to Remove snapd from Linux Mint 21

If you want to delete snapd package manager from the system, the following command would be executed:

Snap is the package deployment system that contains bundles of applications in its store. When installing packages using snaps, they download with the source code, libraries, and relative dependencies. Snap is a free, easy-to-install cross-distribution application manager famous among Linux users. There is a service used to handle and maintain snaps called snap daemon which is represented as snapd.

This article has briefly described how to enable snap packages on Linux Mint 21 system. We have mentioned a step-by-step procedure with an example and how we can remove snaps from the Linux Mint system.