DHCP server is used to automatically assign IP addresses to servers, laptops, desktops, and other devices on the network.

In this article, I am going to show you how to configure DHCP server on CentOS 8. So, let’s get started

Here, I have a dhcp-server where a static IP 192.168.15.1 is configured. The DHCP server will automatically assign IP addresses, default route address, DNS server address to other devices on the network 192.168.15.0/24.

First, you have to set up a static IP on the network interface of your CentOS 8 machine which you will be configuring as a DHCP server.

The network interface name in my case is ens256.

You can run the following command to find out yours.

You can set up a static IP address on your CentOS 8 machine very easily using nmtui command. For a detailed instruction on this, check my article Configuring Static IP on CentOS 8. 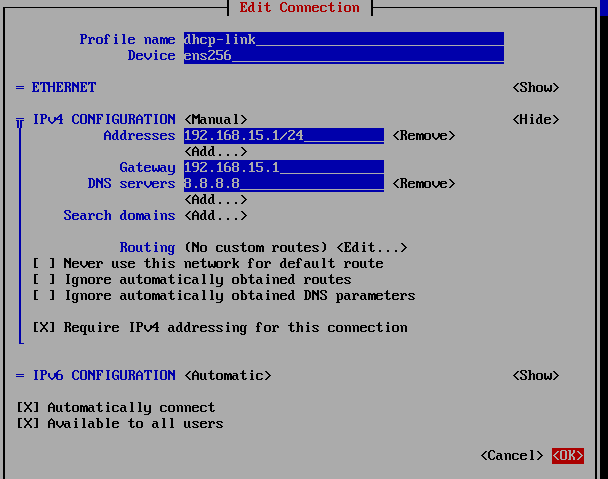 DHCP server package is available in the official package repository of CentOS 8. So, it is very easy to install.

Now, to confirm the installation, press Y and then press <Enter>.

DHCP server should be installed. 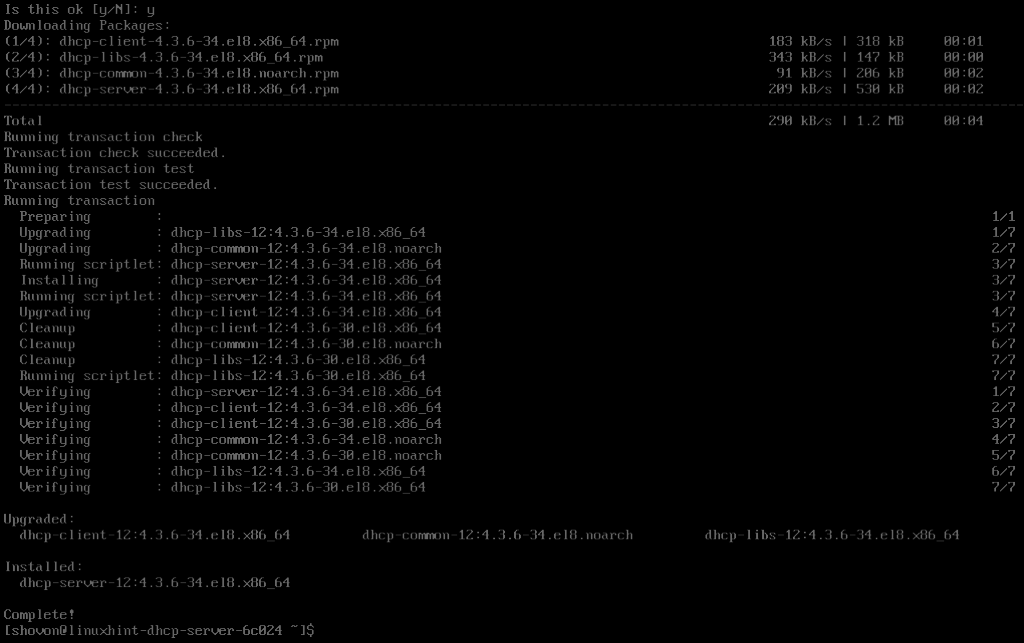 The main configuration file of the DHCP server is /etc/dhcp/dhcpd.conf.

To configure the DHCP server, edit the /etc/dhcp/dhcpd.conf configuration file with the following command:

Now, type in the following lines in the /etc/dhcp/dhcpd.conf file. 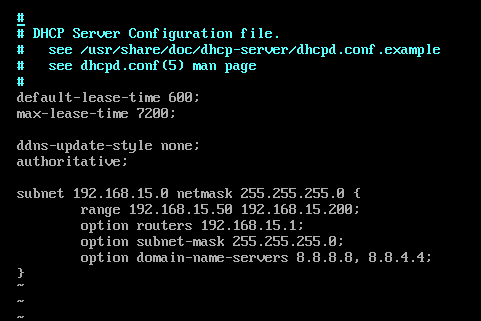 subnet-mask defines the default subnet mask that will be assigned to each host.

domain-name-servers defines the DNS nameservers which will be assigned to each host.

You can add one or more subnets in the same configuration file. Just add as many subnet blocks as you need.

Once you’re done working with the configuration file, start the dhcpd service with the following command:

As you can see, the dhcpd service is running.

Once you start the dhcpd service, the DHCP server should be running on UDP port 67 as you can see in the screenshot below.

Now, allow access to the DHCP server running on the UDP port 67 through the firewall with the following command:

Now, for the changes to take effect, run the following command: 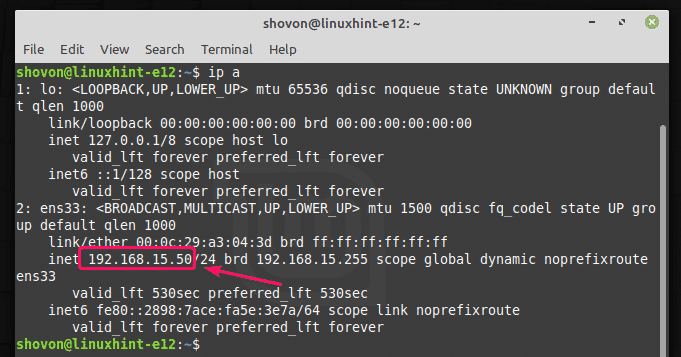 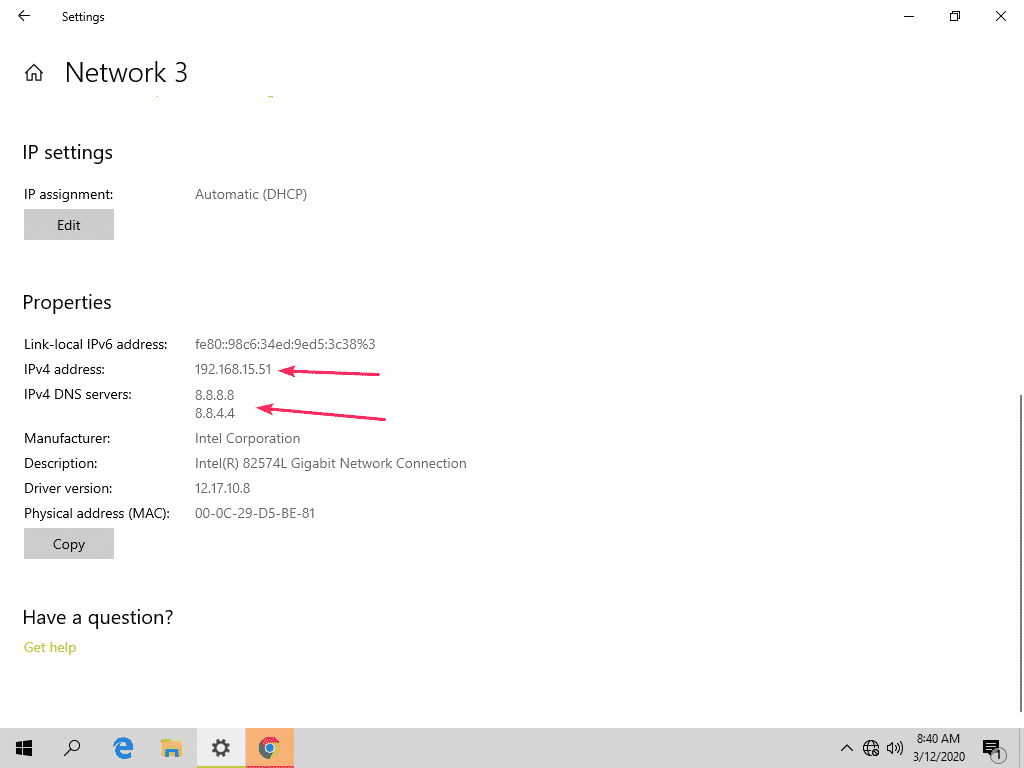 You can check the information about the hosts assigned IP addresses via the DHCP server very easily by reading the /var/lib/dhcpd/dhcpd.leases file.

As you can see, a lot of information about the hosts which assigned IP addresses via the DHCP server is stored in the file /var/lib/dhcpd/dhcpd.leases. 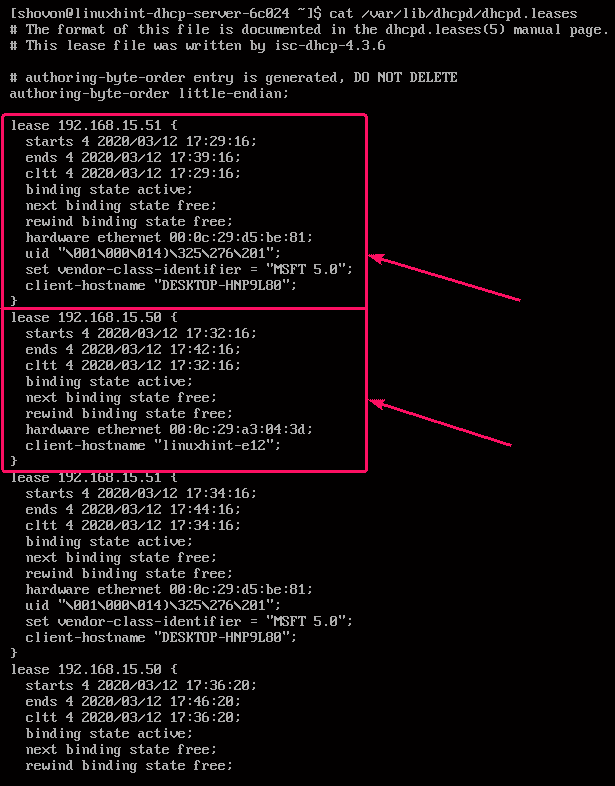 Here, the IP address leased to the host is displayed.

So, this is how you configure DHCP server on CentOS 8. Thanks for reading this article.