How to connect Wi-Fi on Linux Mint

To connect your Linux Mint to Wi-Fi, there are two ways to do so, and they are mentioned below:

How to connect Wi-Fi on Linux Mint using Graphical Interface

This section guides you to the graphical support of Linux Mint to connect to Wi-Fi. You must follow the steps carefully.

Step 1 : Navigate to the connection icon, and you would observe the available wireless connections. 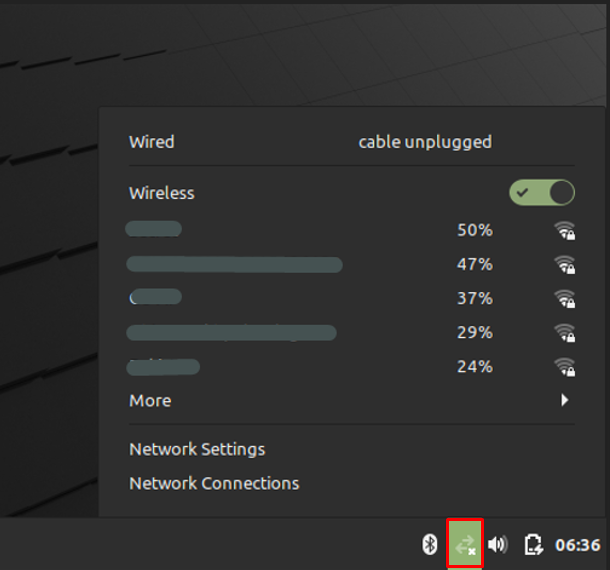 Step 2 : Select on your wireless connection that you want to connect, and if it is encrypted you have to enter its password to connect successfully. 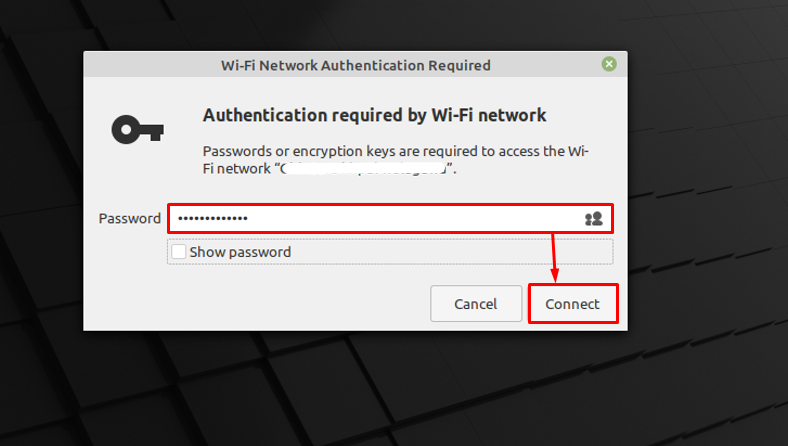 After connecting, the “Connection Established” prompt will appear. 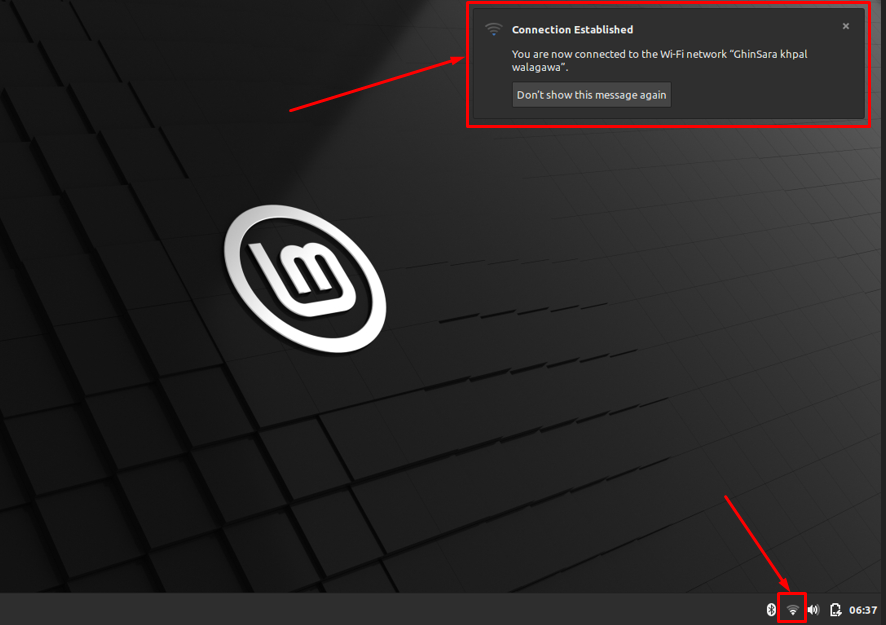 The command-line interface of Linux-Mint is enriched in features as any terminal of Linux-based distribution. You have to execute several commands to enable Linux-Mint to connect with the Wi-Fi.

Step 1 : Firstly, it is recommended to trace your wireless network by navigating to the directory where network information resides. The directory’s address is “/sys/class/net“, and use the ls command to get the list of available networks.

So, use the command written below to verify that the file exists in the “/etc/netplan” directory or not.

The first three lines are already there; append the following lines after entering the details in the network-manager file, press “Ctrl+S” and “Ctrl+X” to save and exit the file.

Note: It is recommended that you keep the indentation in mind as you might not connect if proper indentation rules are not followed.

Note: In the above syntax, SSID is the name of your wireless network, and the name selection depends on the user; thus, it varies from user to user.

For completing the configuration of netplan, you must execute the command written below. 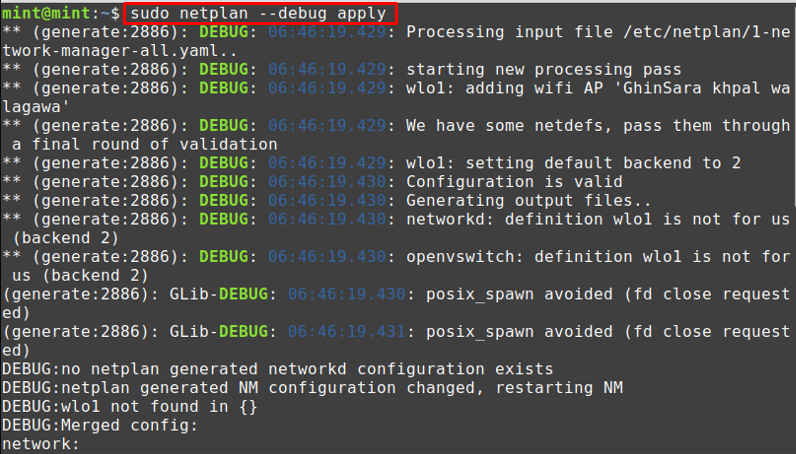 After applying the changes, the connection will be made, and you can use the ip command to check the state of your wireless network.

After this, you would be able to use the internet provided by your wireless network interface.

Wireless technology has emerged as a key player in revolutionizing the world. The Wi-Fi connection has eased the way of communicating with the world. Their application can be seen from computing devices to tablets/phones, from several electrical appliances to setting up an IoT-based network. This demonstration provides the procedural guide to connect your Linux Mint system with Wi-Fi. The two methods are mentioned here that can be followed to connect to a Wi-Fi network. The graphical interface is quite easy and quick to make a connection, whereas Linux users should be familiar with the command line method.