Like various other Linux distros, CentOS 8 comes up with a list of networking-related commands to configure the network. Here, we have provided a detailed list of those commands and will demonstrate how these commands can provide us with the status of the network interface. 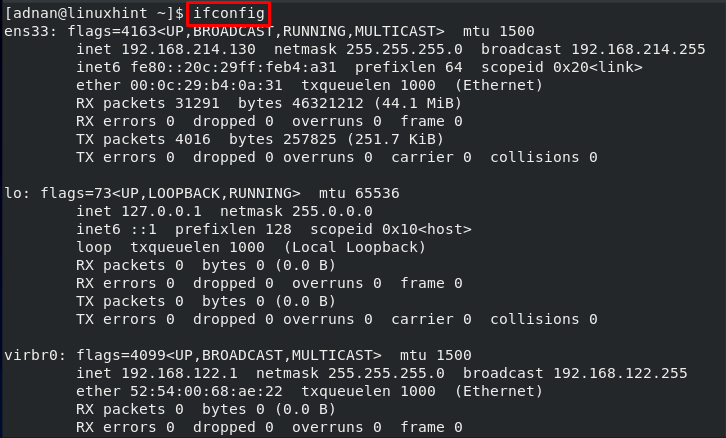 Note: The loopback(lo) interface represents the host itself (localhost) and is known as a virtual network interface. Where the physical network interface is usually known as ethernet (ens33 in our case) which is responsible for communicating with various computers over the network or on the internet. Lastly, the virbr0 interface is responsible for establishing the connection between the guest and the virtualization host.

The ip command is another useful networking tool for system/network administrators of CentOS. The following ip command on CentOS 9 would present the status of the network interface.

The output shows that the loopback interface is unmanaged by the network manager whereas the ens33 and virbr0 are connected.