Linux Mint is one of the most popular distributions used by Linux users. It is especially recommended for and preferred by users who are new to Linux distros.

Linux Mint is perfect for beginners to Linux because of its ease-of-use, which comes with the immense GUI-supported operations it flaunts, completely unlike other Linux distributions. For traditional Windows users for whom customization and recognition-based GUI is the norm, Mint is the way to go.

It’s a no-brainer that upon getting a new desktop or installing a new operating system, the first thing we’d like to do is customize it. We’d make sure that we have our favorite apps at our fingertips, and then we go ahead and add a personalized desktop background, change the theme, add widgets, etc.

We create our own workspace. A space we’re comfortable with. And Windows and Android users would specifically be familiar with this feeling. However, this still holds true for dedicated Linux users.

The basic interface of Linux Mint with Cinnamon comprises of a minimalistic version of the Windows desktop. 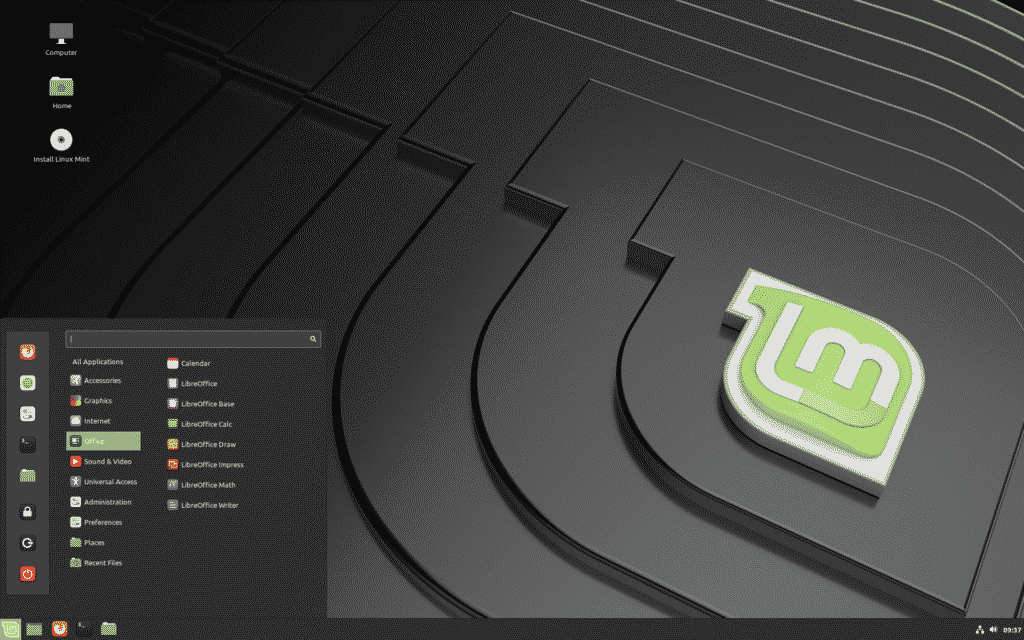 If you have been a Windows user, this might look familiar to you. The bottom pop-up navigation panel and the taskbar with application icons on the left and battery and time icons on the right are the trademarks of Windows. And of course, notice the desktop shortcuts – something Ubuntu users are deprived of (unless they create or get access to .desktop files).

To compare this with Ubuntu, the second most popular Linux distribution, have a look at Ubuntu’s GNOME desktop below: 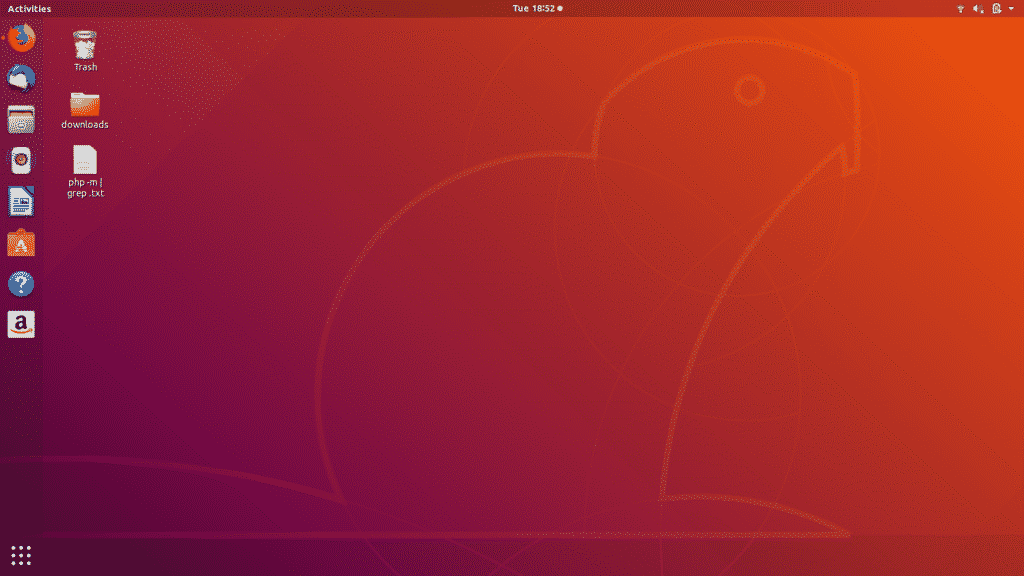 Linux Mint has the best community-driven theme repository in all the Linux distros. This pre-installed treasure chest of customization includes themes, applets, and much more. It would be unfair to say that you cannot update themes in Ubuntu, but you’d have to follow a lengthier process to search for themes online. Not to mention, Ubuntu does not provide extensive support for widgets.

Mint has a really nice collection of pre-installed themes that you can choose from. Arc is a minimalistic dark theme and is, in fact, one of the most popular official Linux themes that exist. Here, we’ll be using Arc for demonstration purposes. 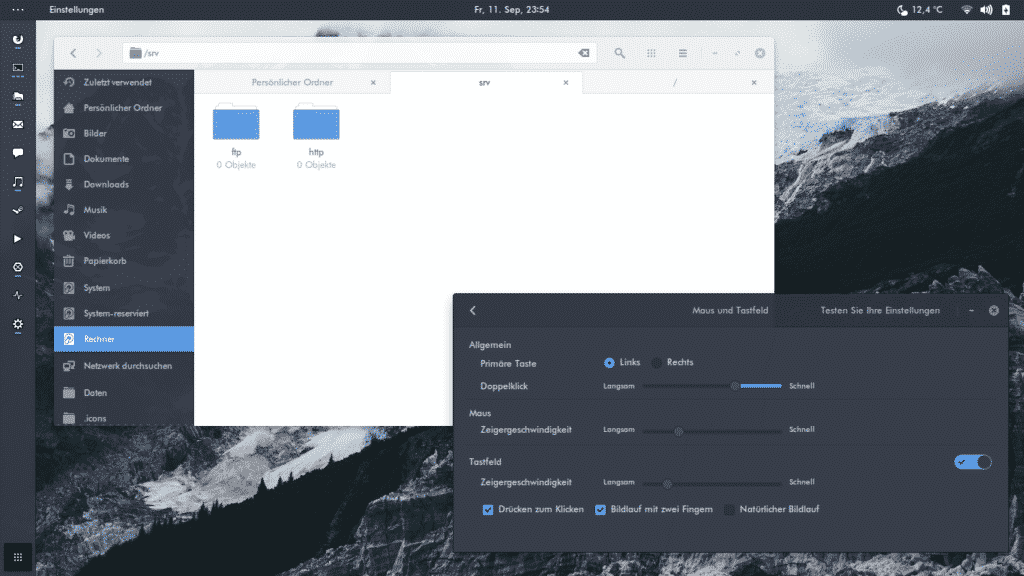 To install any theme, first, navigate to the start menu. Then locate “Control Center” and click on it. 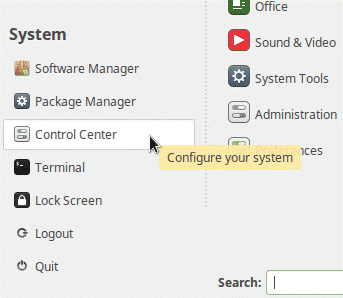 The Control Center is a dedicated collection of software used specifically to customize themes, screensavers, startup applications, and much more. (All contained under a “Personal” subsection). It’s much like the Control Panel in Windows, following suit of similar system customization capabilities.

The “Change Theme” button under “Common Tasks” on the left navigation panel and click on it. 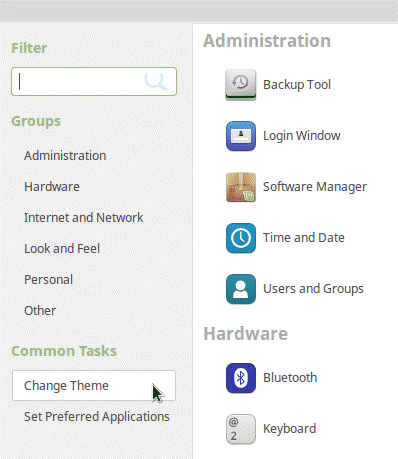 A window titled “Appearance Preferences” opens. Select the Theme tab, and you should be able to see a small selection of theme icons to choose from. Additionally, there’s an option to find and install themes online. 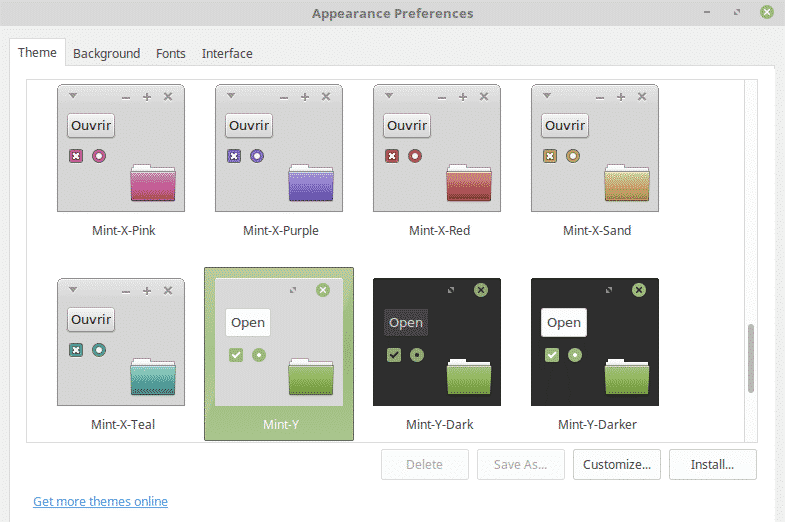 Clicking on the “Customize” button of the selected theme would open a window that would allow you to customize the theme. Here you can change the colors, border, icons, and pointer of the theme.

If you’re tired of change and want to return to something comfortable, you can always revert to Linux Mint’s default theme. If you’ve forgotten what the default theme was, we’ll walk you through how to recover it.

Like before, you will have to navigate to the Themes tab. From here, select Mint-X and install it. If Mint-X was not the default theme on your Cinnamon Desktop, you could restore the desktop to its original settings by opening the Mint Terminal and running the following command:

If this command doesn’t work either, try the one below with -f, which forces a desktop reset:

Linux Mint offers superb customization properties. One of the features of Mint is its panel. The panel contains application widgets that provide easy access to applications and tasks. You can create horizontal or vertical panels, and they can be placed at the top, bottom, left, and right of the desktop.

You can pin application launchers to the panel by right-clicking on the application and selecting “Add to panel” or simply dragging the app icon and dropping it onto the panel. Mint even provides a Linux version of the Windows taskbar, called the Superbar. You can pin programs that you frequently use to the Superbar.

Mint has really taken it a step further with personalization by even allowing you to customize the Menu. You can change the text “Menu” to any other text in place of it and use your own menu icon. Along with this, you even can edit the Menu hover delay.

And to add to the list of Linux Mint’s editable GUI elements, you can even change the transparency of the panel! It can be changed from opaque to semi-transparent and to fully transparent.

These customizations haven’t even scratched the surface of the level of customizability achievable with Linux Mint. If you want to experiment with the GUI in any way, look it up before assuming that it isn’t possible with Mint!

Being one of the most aspproachable and easy-to-use Linux distros out there, Linux Mint has set the bar high when it comes to customization. Hopefully, this guide helped you understand how to change themes on your Linux Mint system and explore other customization options.