In Linux, a desktop environment refers to the bundle of components that provide the common graphical user interface (GUI) components on the screen, such as icons, wallpapers, toolbars, widgets, etc. Thanks to the desktop environment, it’s possible to use Linux with your mouse and keyboard like any other graphical operating system.

We’ll be showcasing how to install additional desktop environments, for example, GNOME, Xfce, LXDE, KDE Plasma, and MATE. All of them are directly available from the official Debian package repos.

We need to check the list of all the available desktop environments. Run the following APT command.

Here, each desktop environment is denoted as a task-<desktop_environment>-desktop format.

Xfce is a lightweight desktop environment. It’s designed for productivity while having minimal impact on system resources.

From the list of the available desktops, we’ve determined that Xfce is available as the package task-xfce-desktop.

Run the following APT command to install the Xfce desktop. 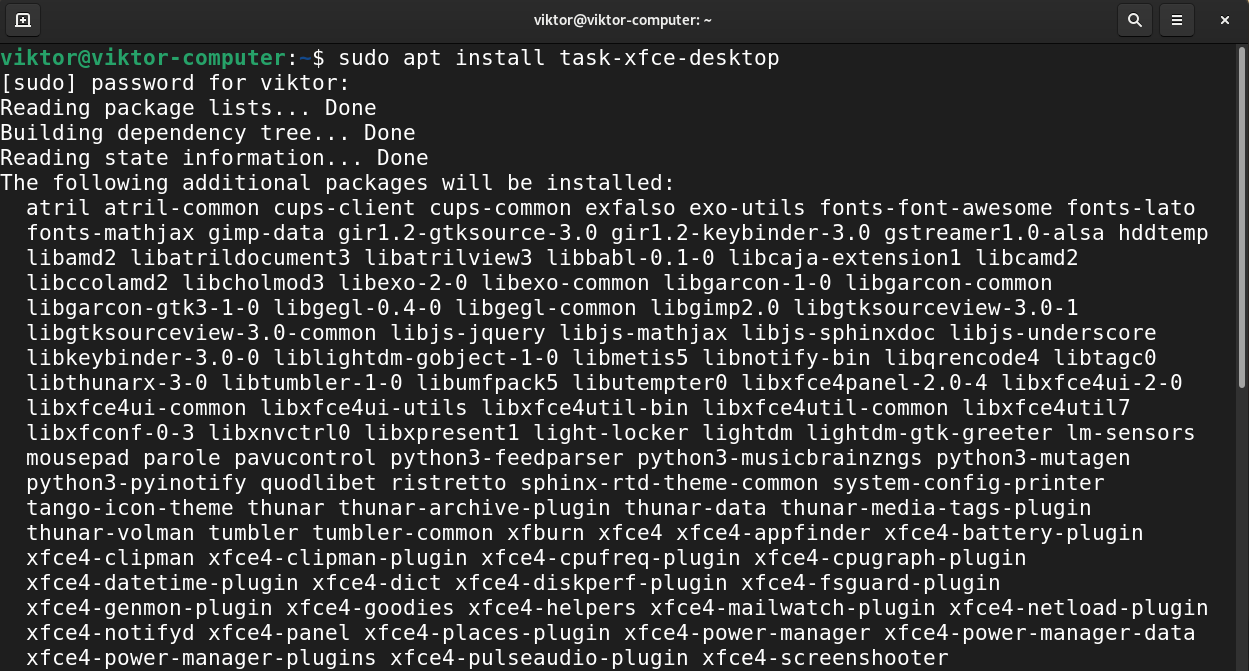 Plasma by KDE is a powerful desktop environment. It features ease of use, robust functionalities, and gorgeous graphics. It also comes with its own suite of applications.

The goal of LXDE is to work on low-end machines with fewer hardware resources, for example, the older resource-constrained machines. Because of its nature, LXDE is also highly suitable for netbooks and other small computers.

The MATE desktop is the continuation of GNOME 2. It offers an intuitive and attractive desktop environment incorporating the traditional metaphors for Linux/UNIX-like operating systems.

Installing the package task-mate-desktop will install the MATE desktop.

The Cinnamon desktop is a derivative of GNOME 3. However, it keeps the traditional desktop metaphor conventions. It’s primarily developed as a part of Linux Mint. However, it’s available on many other Linux distros (including Debian). 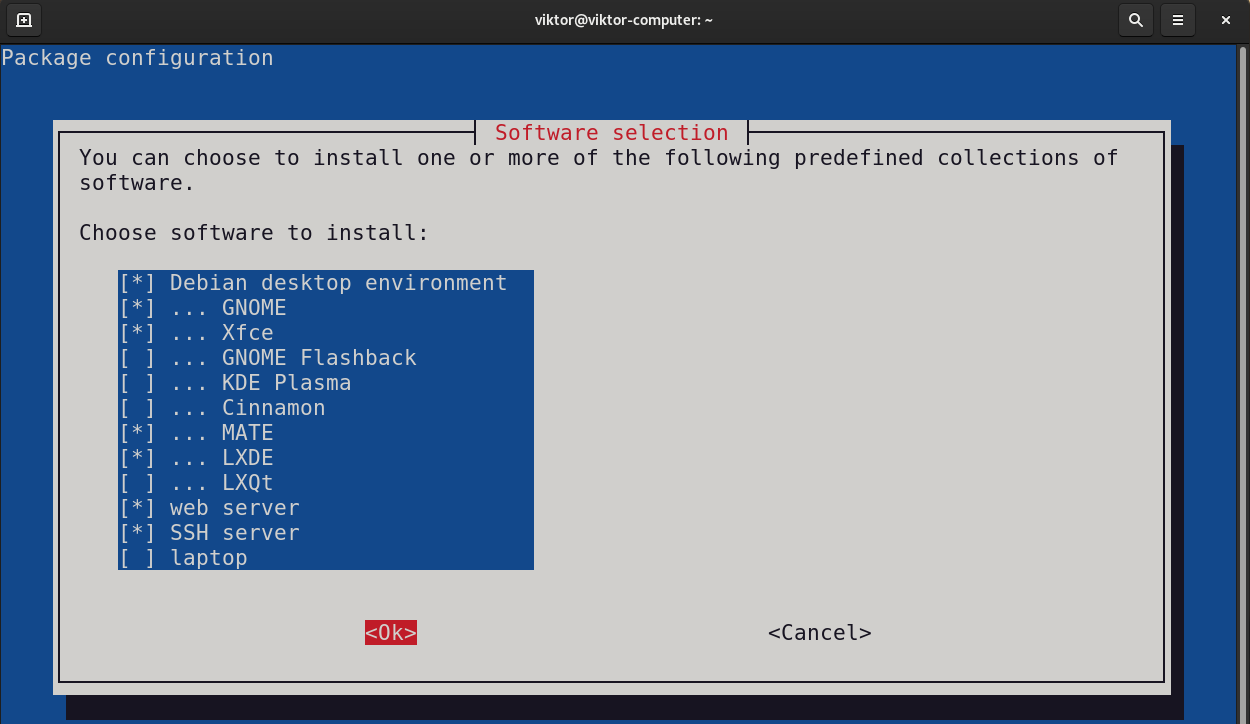 The tool will download and install the necessary packages.

The man page of tasksel has an in-depth explanation of its functionalities. 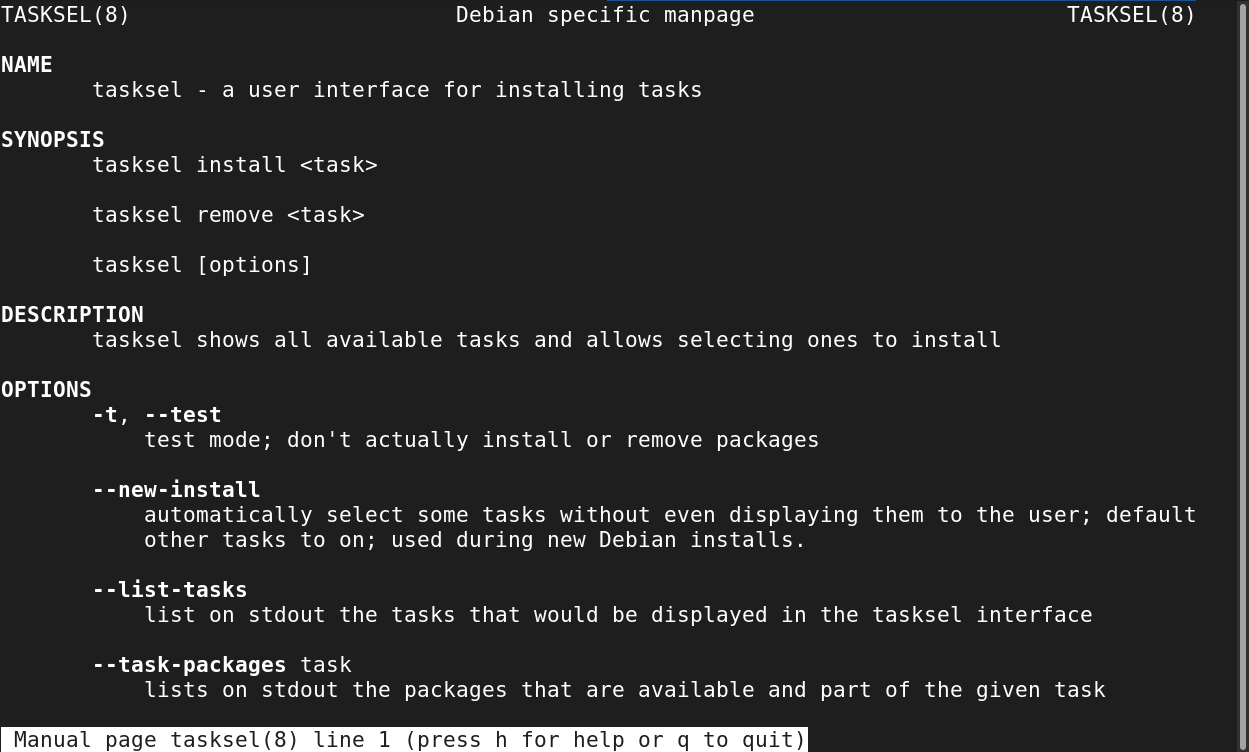 Switching to a different desktop environment

Log out of the current session or restart the system. From the login screen, click the gear icon. 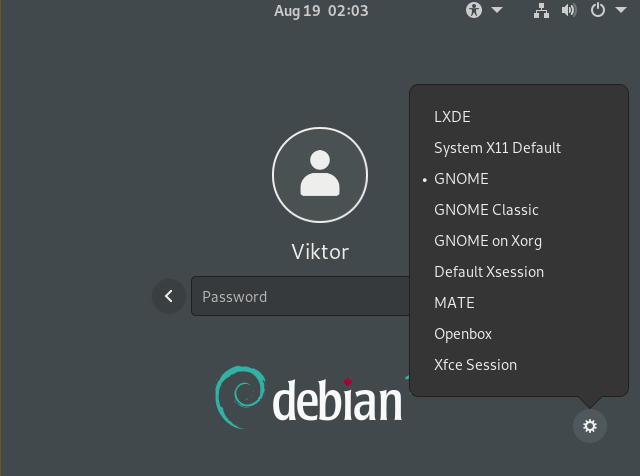 Desktop environments offer an elegant way of interacting with the system. It also serves as visual customization.

We can further customize the look using themes. GTK-based desktop environments (GNOME, MATE, Xfce, etc.) can use numerous GTK themes to spice things up. Check out some of the best GTK3 themes for Linux.