Many individuals opt to install Linux alongside Windows in dual boot mode. Some of them utilize Ubuntu as their primary operating system, while others choose a different distribution such as Linux Mint. Not only that but you can also install a completely different operating system (OS) as well such as Windows. If you have multiple operating systems installed and want to change the boot order so that your preferred operating system starts up every time you power on the machine, you can do so by installing the grub customizer.

Grub Customizer is a graphical program that lets you alter the bootloader’s characteristics. Among other things, you may shorten the grub boot time, and modify the boot sequence. By default, a boot loader is the first software that begins when you switch on your computer system, even before the operating system.

So, we would like to provide you with a thorough guide on Grub Boot Loader in this article, which will focus on configuring the system to your preferences. After reading this article, you will be able to configure the Grub Boot Loader to your liking, making the experience of watching the boot-up process even more enjoyable.

How to change the boot order in Linux Mint

The first step in this process is to install a grub customizer application that we will use later to change the boot order and other related things by opening a terminal and type. 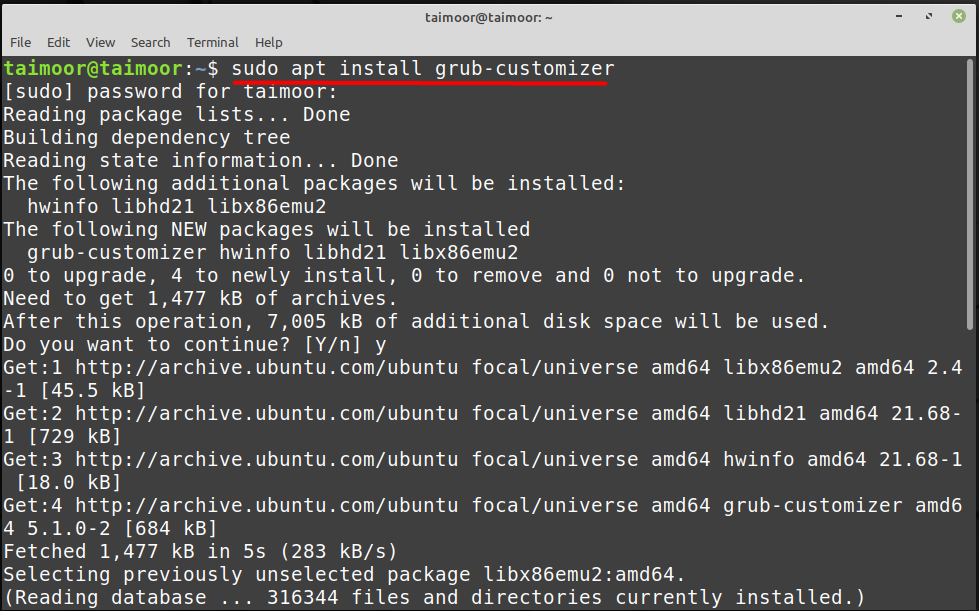 Now one way of finding this application is by clicking on the menu tab and then looking for the grub customizer: 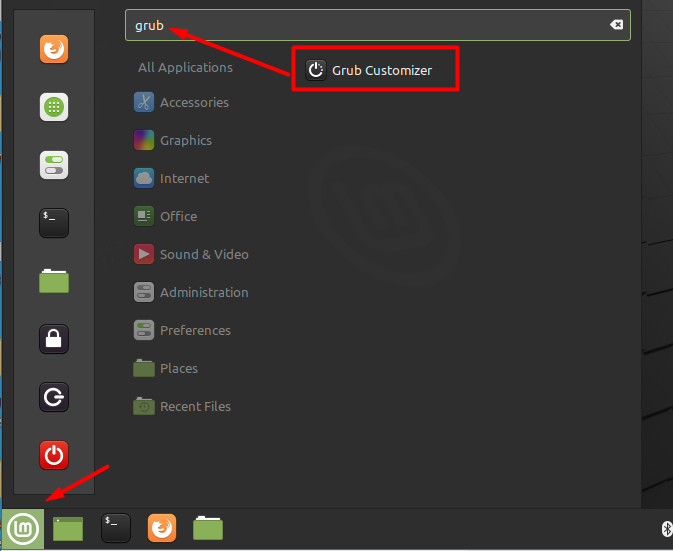 The second, and equally straightforward method is to open this program using the application manager. All you have to do is find this application by typing “grub” into the search box, then select it where you will see the launch button to open it.

How to change the boot order using grub customizer

After launching this application, you will see its main screen as shown below. The first thing that you will notice is the list of installed operating systems that are available in the “List configuration” tab. You can select the position or priority of each operating system as per your choice and you can do that by using the up and down arrows that are also highlighted in the below image.

For better understanding, let’s take an example: as you can see from the image that currently ”Ubuntu with Linux 5.4.0-74-generic” OS is in the third position so you need to press the arrow till it moves to the top as shown below.

Now, if you want permanent changes to the boot selection of the OS then you can do that by selecting the next tab which is “General settings”. After that, you will see the default entry settings, which lists all of the accessible operating systems. You can choose any of them according to your linking to make that operating system the default choice.

You can also control the boot timing as well which is used to delay the process of booting the default OS if you are planning to boot any other OS from the list. Later you also need to click on the Save button to permanently save your newly made settings which you can find on the top left. 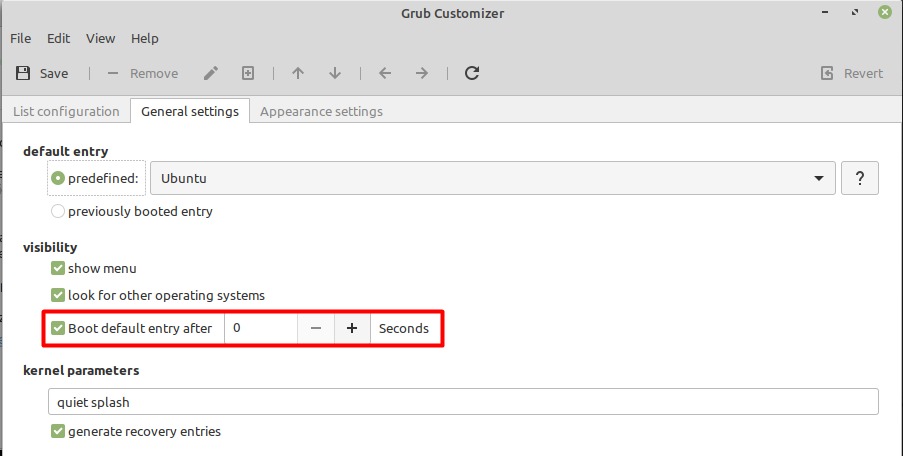