For every system, rebooting is an essential part.  Reboot is essentially turning off the computer completely and then, starting the system from scratch. In certain situations, rebooting is a must. For example, on the Linux system, the kernel update or other critical updates/patches. In short, rebooting is a very important thing to do in today’s modern computing age.

Are you on CentOS? CentOS is the playground for new RHEL users as it offers the same experience and feel of the enterprise environment where there are lots of works ongoing every single second. For such a busy system, sometimes, rebooting becomes a must. In this tutorial, we’ll be checking out the reboot methods for your CentOS.

This command will reboot the entire system. It can take some time for rebooting as there might be other users and processes running and the system will wait for them to terminate.

If you’re in need of a forced reboot, then add the “-f” flag.

Rebooting is also possible using the “shutdown” command. For that purpose, use the “-r” flag with “shutdown” – 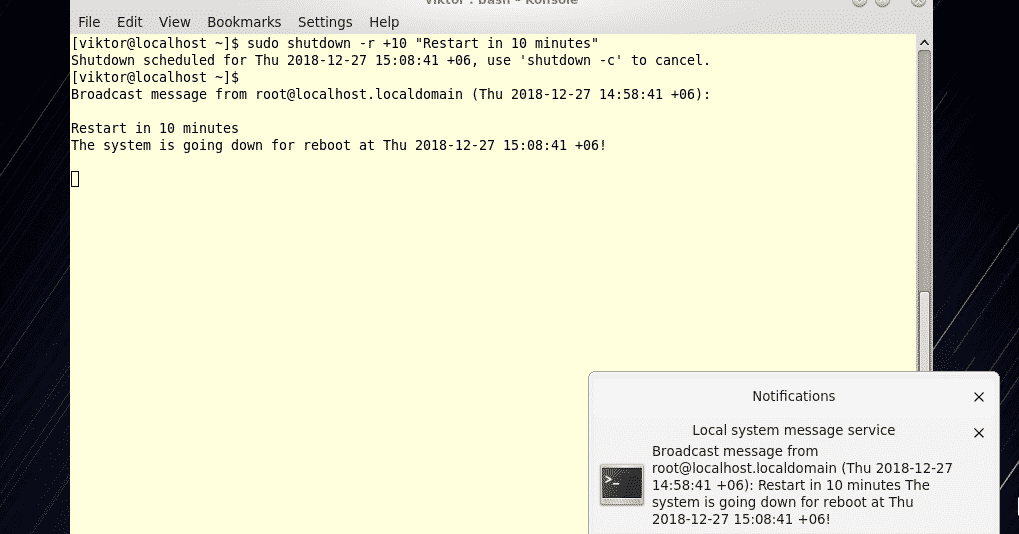 Here, you’ll notice a couple additional parts in the command. Let’s discuss them.