In the case of any Linux system, there’s a very powerful user – the “root”. It upholds the ULTIMATE power over the entire system, even modifying data at the hardware level! That’s why it’s so delicate and dangerous at the same time. Without the “root” access, hackers are forced to follow a trickier and more difficult path for taking over the system.The “root” privilege is responsible for performing all the actions that modifies the system files and packages. That’s why in the enterprise/professional workspace, not all users are allowed to run commands as they wish.

CentOS also comes up with a similar policy. It only allows a certain users to perform actions with the “root” privilege. For example, whenever you run any command with the “sudo” command, you’ll get the following error –

Adding users to the “sudoers”

The trick here is NOT directly editing the “/etc/sudoers” file. Instead, we’ll be adding the specific user into the “wheel” group. In the case of CentOS, all the users in the group have the ability of running “sudo” commands and that’s the easier and safer way.

This is also proven within the “/etc/sudoers” file – 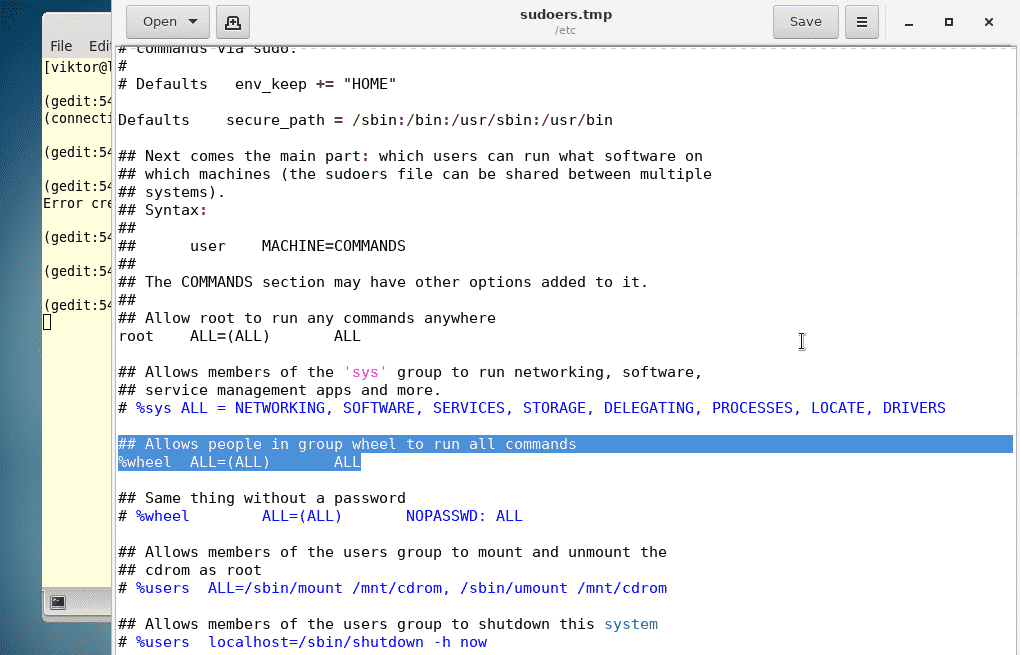 I’m going to create a new user for the “sudo” purpose only. Don’t worry; you can easily add the existing user.

Time to add a password for the newly created username –

It’s finally time to add the user “Yasuo” on the “wheel” group. At first, make sure that you’re logged as the “root” –

Well, it’s always worth testing the outcome, no matter how obvious it may seem. Let’s try out running a “sudo” command as “Yasuo” –