The keypad is a module consisting of the set of buttons used to take the input from the users. There are different types of keypads that are interfaced with Arduino in different projects like calculators. To use the keypad with Arduino, we have to include the library of the keypad in the Arduino codes.

What is the keypad library in Arduino 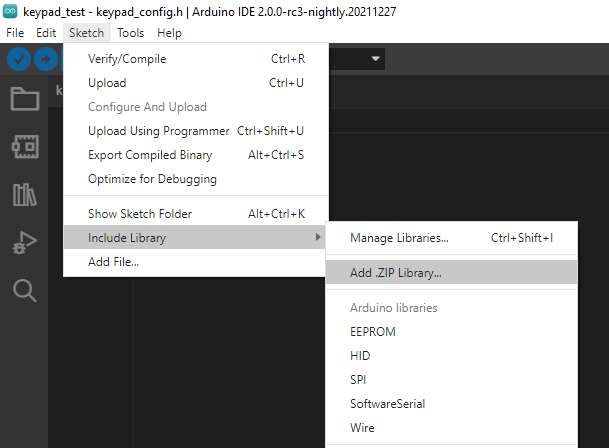 Choose the zip file of the library you want to include and click on the “Open” button: 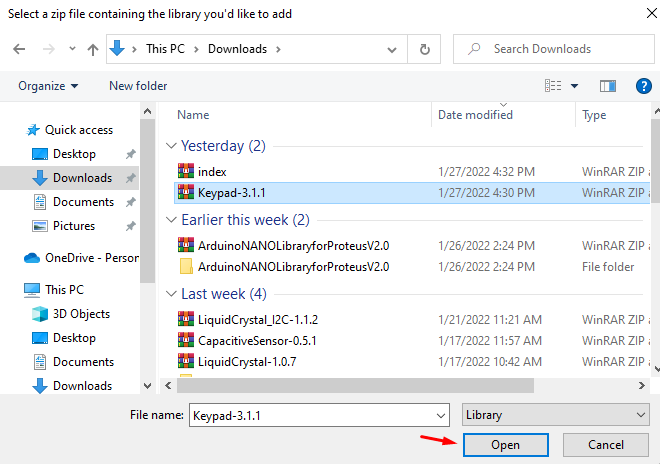 In the output, a notification of “Library installed” will appears on the successful installation of the library: 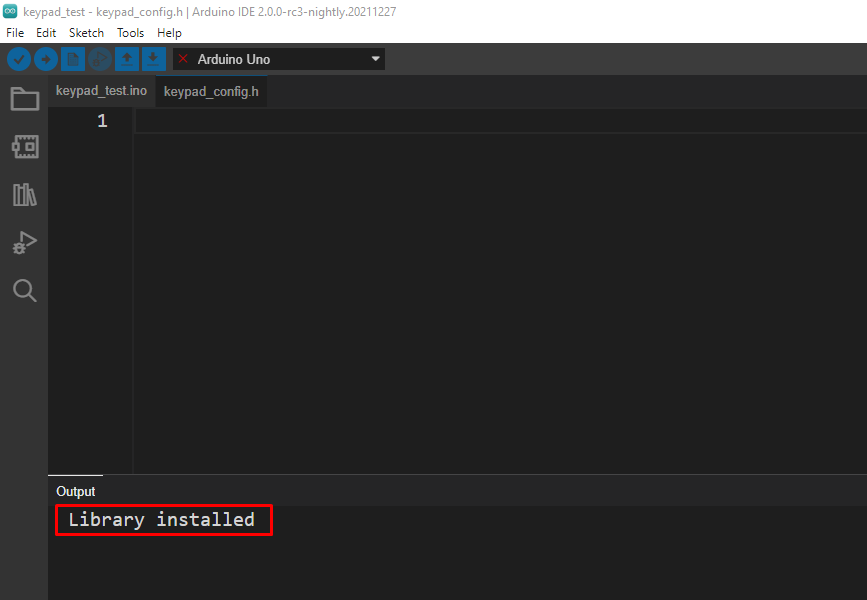 And if you want to install it from Arduino IDE libraries, for this, go to the “Sketch”, then “Include Library” and click on the “Manage Libraries..”: 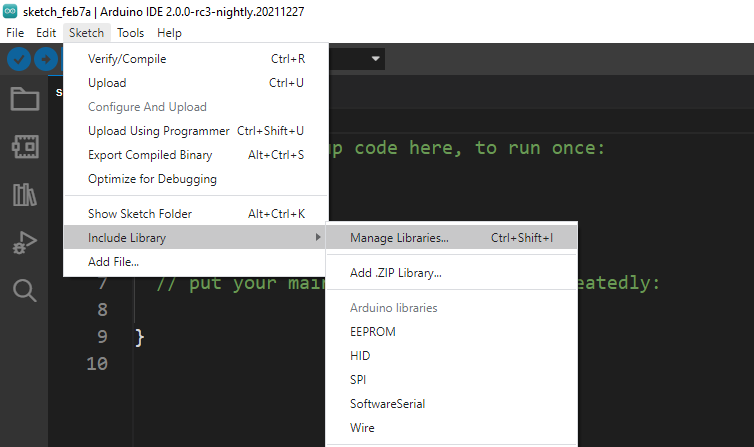 Type a keyword of “keypad”, scroll down the menu to search the library of “Keypad by Mark Stanley, Alexander Brevig” and click on the “INSTALL” button: 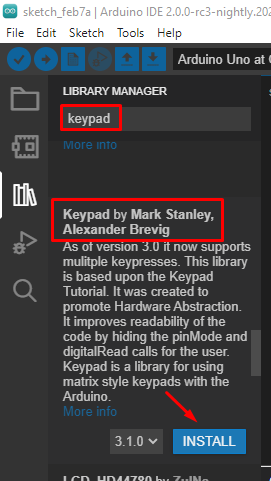 On successful installation, a notification will appears on the Serial Monitor Output:

The library of “Keypad.h” contains different functions which are used in interfacing the keypad with Arduino in different projects. The major functions and their utilization in Arduino IDE are explained in the next section.

There are different functions in the keypad library that are used to read the data from the buttons and apply different operations to them. Some of the important functions of this library are:

Keypad(makeKeymap(userKeymap), row[], col[], rows, cols): This function is used to assign the Arduino pins (declared in “row[]” and “col[]”) to the button (buttons are stored in variables of rows and cols). This is saved in any function name and then all the built-in functions of this library are called in code with this particular function name.

waitForKey(): This function is used with the “char” data type and it will hold the execution of the entire program until any key of the keypad is not pressed.

KeyState getState(): There are four possible states of the buttons of keypad interfaced with Arduino which are:

When the “getState()” function is called in the code, it will return any of the above states of the button as an output.

boolean keyStateChanged(): This function is very useful for testing the buttons of the keypad as it tells us whether the button has changed its state or not.

setHoldTime(unsigned int time): This will set the time of hold for the buttons of the keypad which is in milliseconds. The user has to press the button for such a time period as the hold state will be triggered for that specific time.

setDebounceTime(unsigned int time): This function is used to produce the delay in the buttons of the keypad, for example, if you have set the delay of one second, it will not read the input from any other button till 1 second time duration.