Whenever Microsoft announces a new version of its operating system, Windows users worldwide become anxious because they know that the software giant misses the mark roughly 50% of the time.

Unfortunately, it’s already becoming apparent that Windows 11, which Microsoft officially released on October 4, 2021, will go down the history as one of the less popular versions of Windows, along with Windows 8.

Microsoft has not only dumbed down the user interface and removed features Windows users have been relying on for years, such as the ability to drag items onto applications in the Taskbar, but also removed support for many commonly used processors.

After using the PC Health Check app to see if their PCs can run Windows 11, many users have discovered that they can’t even though their computers are not that old and are still perfectly capable of running the latest software. If you’ve decided to switch to Linux because you’re among them, then keep on reading because what follows are the best Linux distributions to replace Windows 11. 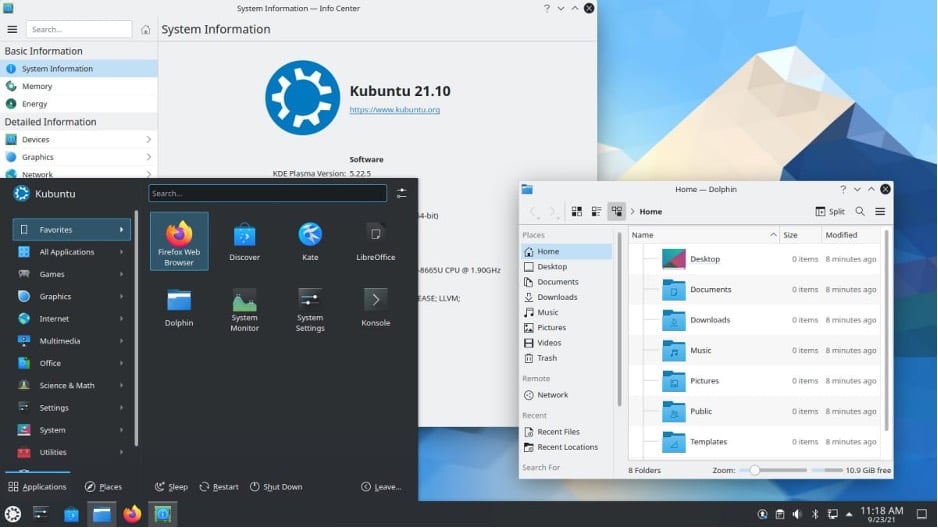 Top Reasons to Use Ubuntu:

To a large extent, Ubuntu has become synonymous with desktop Linux, popularizing it as a viable alternative to Windows. It’s also the distribution you’re most likely to find on Linux laptops, and there are many good reasons why that is so.

Ubuntu works flawlessly right-out-of-the-box on most computers capable of running recent versions of Windows, and its support for older hardware is impressive. When you download Ubuntu, you can choose between several flavors.

The flavor, we recommend the most to Windows users looking for the best Linux distribution to replace Windows 11, is called Kubuntu. This flavor features the KDE Plasma desktop environment, which is simple by default and powerful when needed.

Regardless of which Ubuntu flavor you choose, you can always enjoy compatibility with a huge number of third-party applications, most of which can be installed with a few simple clicks. Ubuntu’s large userbase is welcoming to beginners, so there’s no reason to be afraid to ask questions on the official forums. 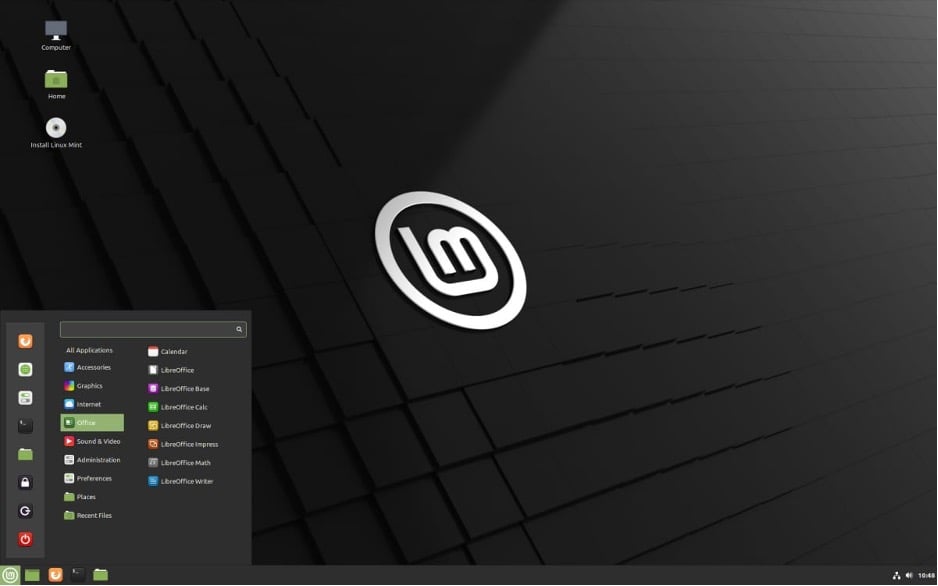 Top Reasons to Use Linux Mint:

Linux Mint is an Ubuntu derivative, which is similar when different car models use the same chassis or the same engine. The biggest difference between the two distributions is that Linux Mint strives to be even more beginner-friendly by making it easy to install proprietary drivers, and it comes bundled with several important codecs.

Just like Ubuntu, the users of Linux Mint can choose between several desktop environments. The flagship desktop environment is called Cinnamon, and it’s primarily developed for and by Linux Mint. Cinnamon is inspired by Windows, and that’s a great thing if you’re new to Linux. 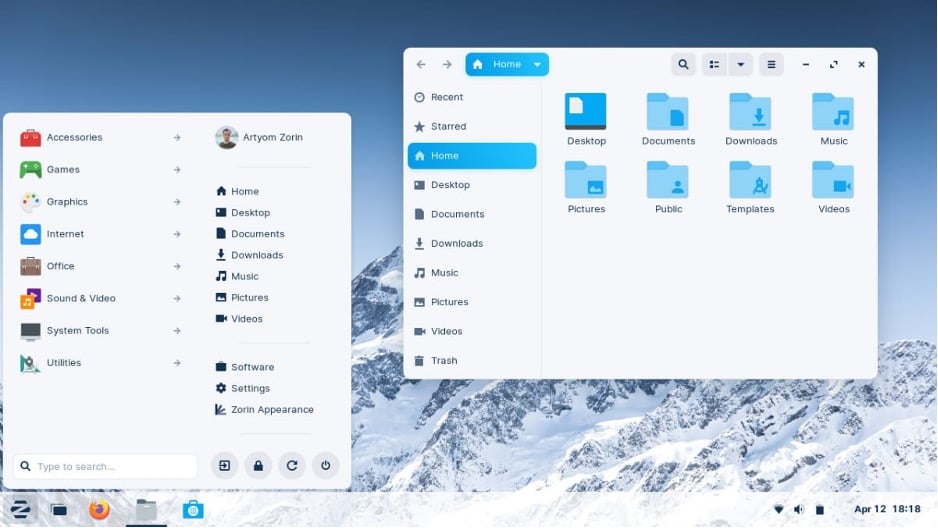 Top Reasons to Use Zorin OS:

Zorin OS is aimed at people who are switching to Linux from Windows or macOS. It tries to make their lives easier by featuring several familiar desktop layouts that can be activated with a single click from the Zorin Appearance app.

One unique feature that you will certainly appreciate if you rely on one or more software applications that are only available for Windows is the built-in ability to run Windows executables using the Wine compatibility layer. While Wine can be used on other distributions, not having to manually install and configure it is a huge plus.

Zorin OS is streamlined to work on computers. It comes with NVIDIA and AMD graphics drivers and game optimizations to ensure high frame rates regardless of whether you’re playing a simple indie game or some AAA megahit with cutting-edge graphics. 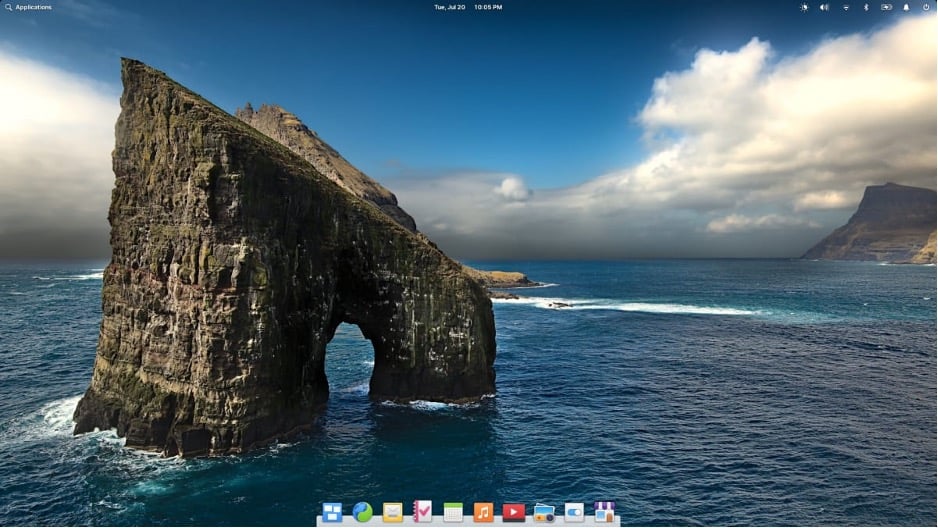 Top Reasons to Use Elementary OS:

Windows 11 introduces a redesigned user interface that borrows many elements from Apple’s macOS, such as round application corners and centered icons on the Taskbar. If you like the new design and wish you could just install macOS on your PC, then elementary OS might just be the right Linux distribution for you.

Just one look at the screenshot above should tell you where the people behind it draw their inspiration from and their priorities. Indeed, elementary OS is a macOS-inspired distribution that focuses heavily on the overall user experience and usability.

Instead of just bundling together existing software, elementary OS developers have created several new applications to ensure the operating system feels as cohesive as possible. The results speak for themselves. 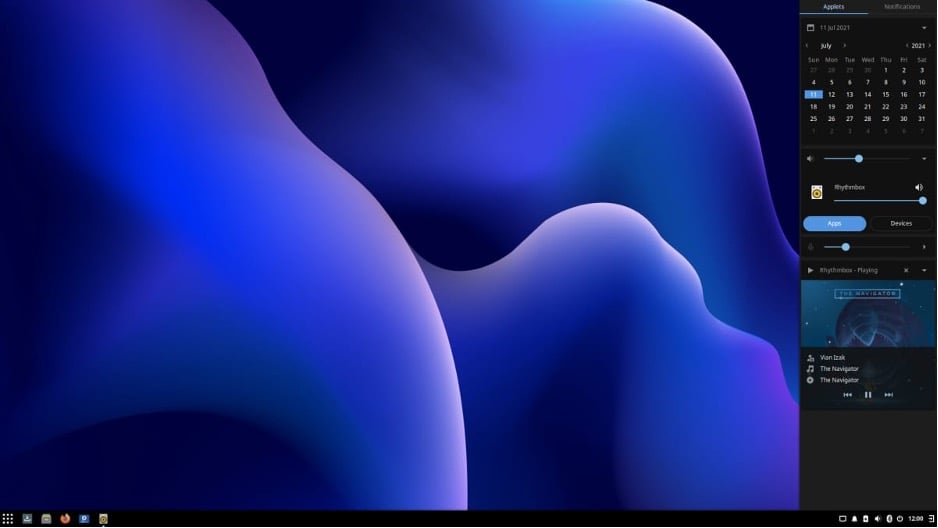 Top Reasons to Use Solus:

Solus is an easy-to-use Linux distribution whose biggest selling point is the Budgie desktop environment. Budgie was developed by the Solus project, and its main characteristics include simplicity, minimalism, and elegance.

Because of its ease of use, Budgie is available in several other Linux distributions, including Debian, Manjaro, and openSUSE. However, no distribution integrates it as well as Solus for reasons that are obvious considering who its developers are.

Besides the Budgie desktop environment, Solus can also offer its package manager, called eopkg. This package manager uses the .eopkg format for package files, and it’s widely praised for its performance, with packages often taking only a fraction of time to download than on other distributions. 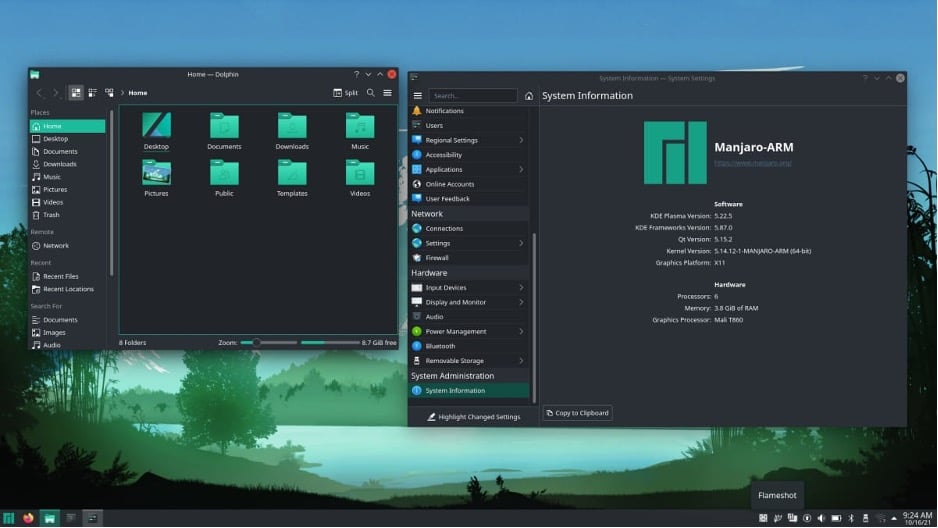 Top Reasons to Use Manjaro:

Manjaro is a great first Linux distribution for Windows power users who want as much control over their operating system as possible. It’s based on Arch Linux, a highly regarded Linux distribution that adheres to the KISS principle (“Keep It Simple, Stupid”). Unlike Arch, it comes with an intuitive installer and several desktop environments from which you can choose.

We recommend the KDE Plasma edition of Manjaro because its layout is very similar to Windows 10. But unlike Windows 10, KDE Plasma can be easily customized to reflect your needs and preferences.

As a rolling-release distribution, Manjaro receives software updates on an ongoing basis. Often, as soon as they become available. The only negative side-effect of being on the bleeding edge is that things do break from time to time, so it’s a good idea to monitor the official forum, where users discuss major updates and warn others of potential issues with them. 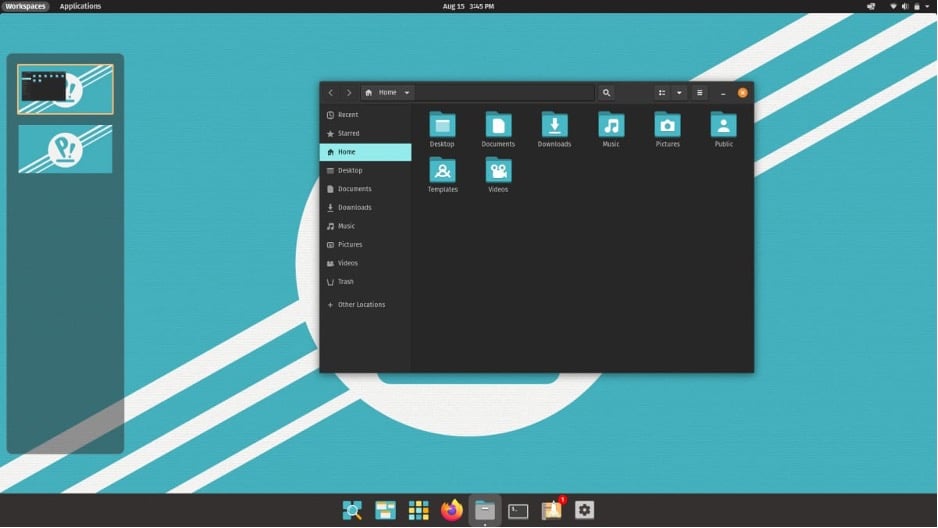 Top Reasons to Use Pop!_OS:

Pop!_OS is an increasingly popular Linux distribution developed by System76, an American computer manufacturer that sells a range of laptops for Linux enthusiasts. A good example is the Oryx Pro, a powerful 15-inch or 17-inch laptop with a dedicated NVIDIA graphics card and up to 64 GB memory.

Experienced Linux users know that getting NVIDIA graphics cards to work properly can be a huge challenge because NVIDIA Linux drivers are not open-source. But with Pop!_OS running on a System76 computer and to a lesser extent any other computer, everything just works.

Is there anything Pop!_OS can offer to people who are not struggling with NVIDIA drivers? Yes, a lot! Pop!_OS is aimed at working professionals. Its GNOME desktop environment has many extra features that make it easy to stay organized and productive, such as auto-tilling, keyboard navigation, and window stacking.