Microprocessors follow the machine instructions, and it can involve one of three basic functions. The first function is calculating various mathematical operations, which is done by the Arithmetic Logic Unit. The next function is moving data to different memory registers. The final function of a microprocessor is to read the instructions and jump to new instructions if needed.

In 1967, the D200 computer by Autonetics became the first computer to be built of MOS transistors. The computer was used for aviation and navigation. At one point, it was even a candidate for use on the space shuttle. This implementation of a 24 MOS chip computer set off an arms race. Subsequent computer designs competed to lower the 24 MOS chip design requirement of the D200 down to as close to 1 as possible.

Intel Engineer, Ted Hoff, is one of the best candidates for the inventor of microprocessors, and he is usually given credit by historians of technology. Hoff was the 12th employee of Intel. He was personally headhunted by Intel co-founder, Robert Noyce. After signing on, he convinced a Japanese company named BUSICOM to finance a project to build a single chip. He designed a microprocessor that became the Intel 4004 and led the team that would be in charge of building it. His team was made up of Intel employees: Federico Faggin, Stanley Mazor, and Masatoshi Shima. Mr. Faggin, in particular, is recognized as a crucial collaborator in early development. After financing the early stages of the project for Ted Hoff’s team, BUSICOM became increasingly skeptical of the need to finance such a radical project. Intel realized the value of the intellectual property of the design and bought back the rights from BUSICOM. 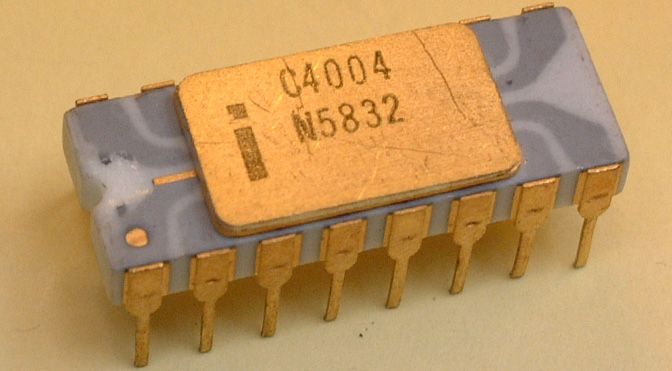 In 1971, Intel produced the 4004 with a single CPU. This was marked as the first microprocessor. The computer was a 4 bits microprocessor, only allowing for symbols that were 4 bits wide. The 4004 itself was used in very few commercial applications because it was outpaced by superior microprocessor designs within months of its release. The known use cases of the 4004 include a pinball machine and a word processor. Hoff was honored in 2010 by US President Barack Obama with the National Medal of Technology and Innovation for his efforts. 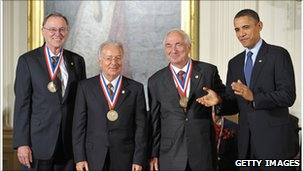 Intel was quick to commercialize the 8008 microprocessor after buying back the rights from Computer Terminal Corporation. Intel’s 8008 was the first commercially successful microprocessor. By April 1972, Intel had hundreds of thousands of 8008 chips ready to ship out. The success of the 8008 led to the 8080 and then the 8086, which eventually became the x86.

Still, one more contender has entered into the invention debate and made the battle over the patent rights to the microprocessor drawn out and highly litigious. Texas Instruments had originally secured multiple patents for their TMC 1795. In 1990, a little known inventor from La Palma, California named Gilbert Hyatt, was granted a patent for the single-chip processor. The controversial patent number 4,942,516 was granted based on a computer he built in 1969 using bipolar chipboards. Hyatt had begun working on building a microprocessor in 1967 and quit his job in 1968 to start a company devoted to building the first microprocessor. Hyatt’s company Microcomputer Inc. had financial backing from Intel founder’s Gordon Moore and Robert Noyce. The patent could have led to billions of dollars in settlements in favor of Mr. Hyatt from computer manufacturers. Texas Instruments eventually succeeded in having Hyatt’s patent rescinded in 1996 after a protracted legal case and paying out substantial royalties to Hyatt. Hyatt still maintains that his design was the first microprocessor and that it only failed to achieve commercial success because of disputes with the other backers of his company. 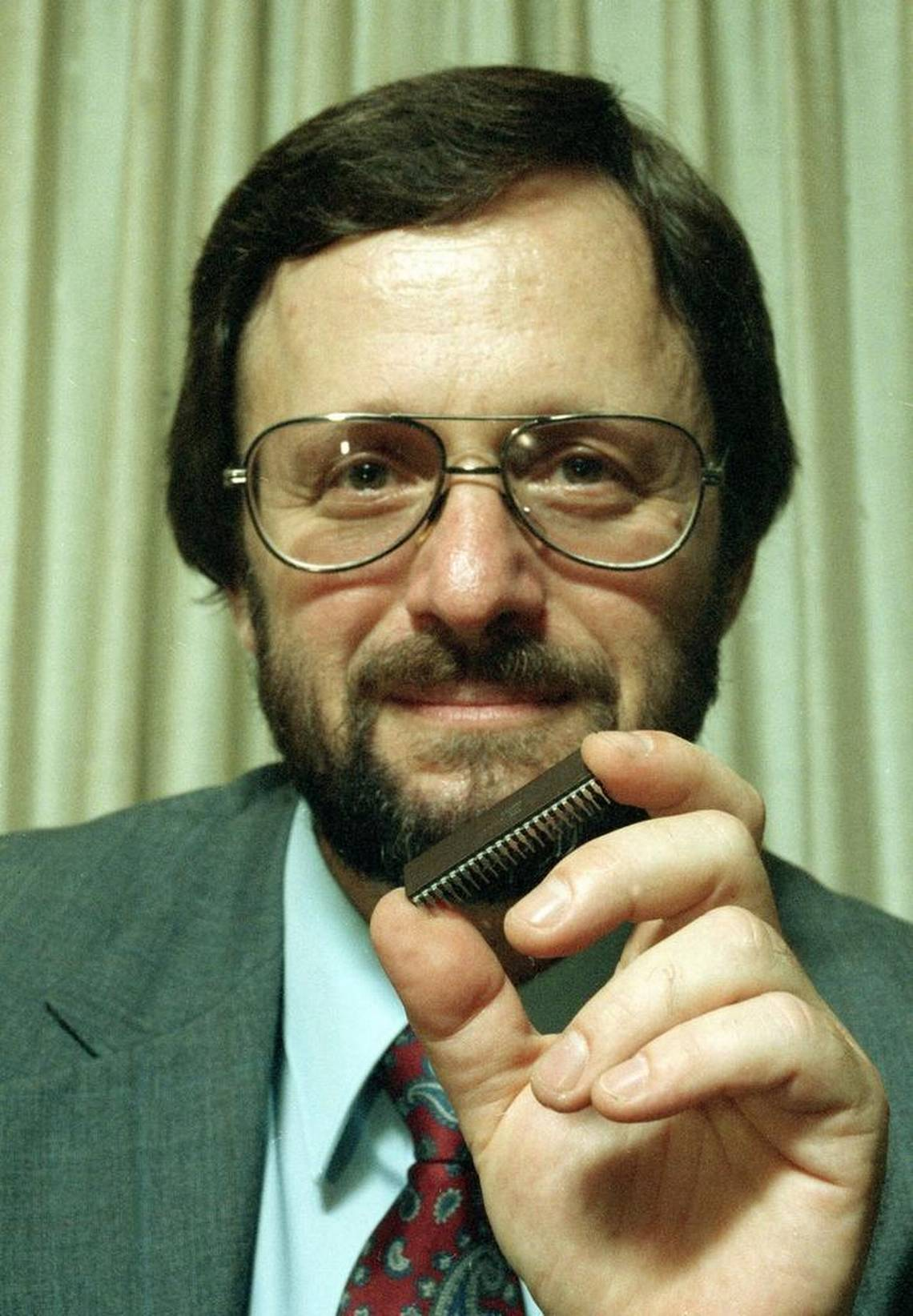 Intel is still one of the largest microprocessor developers today. They have successfully stayed ahead of massive technological change. In 1965, Gordon Moore, one of the founders of Intel, published a paper predicting that the number of transistors in an integrated circuit would double every year. Ten years later, in 1975, he predicted the doubling would take place every two years. His prediction has so far been almost entirely correct. The dispute over the inventor of the microprocessor might never be fully settled, but it is clear that the development of microprocessors with smaller and cheaper transistors has changed the world by ushering in the computer revolution and the advent of personal computers.

Note from Reader on an Early Instance of a Microprocessor

The first Microprocessor actually worked in an airplane in 1970. Two years before Intel. Completely documented and verified. Exactly the same technology as the 4004.