When it comes to playing games online Roblox would be the first platform that one could think of as it provides a vast collection of games, and it also gives opportunity to develop games. Roblox has gained popularity due to the Covid pandemic. Further if you are interested in getting to know about the origins of Roblox then read this article.

The original name of Roblox was Dynablocks which was its beta version that was created in 2004 by David Baszucki and Erik Cassel. The name Dynablocks was quite difficult to remember and it did not get a good response after its release, so this name continued for only one year. In 2005 they changed the name from Dynablocks to Roblox which then started to get some popularity.

There are many reasons for the popularity of Roblox and the two most important ones are that: one it is compatible with PC, mac, iOS, Android, Amazon devices, Xbox One, Oculus Rift, and HTC Vive. The second one is that it gives a chance to developers and gamers to create their own games according to their desire and publish them on the platform.

Roblox currently has crossed 48 million active users which makes it one of the most accessible gaming platforms. Moreover, one can add friends with them and enjoy unlimited gaming. Roblox has its own store from where you can buy stuff to customize your avatar. Another feature that is restricted and only available for the premium members is the trade option through which players can trade items from their inventory with one another.

What is the Name Roblox from?

The Roblox is a composite of two words one is Robots, and the other is Blocks and the significance of the name can be seen from the appearance of all the games. All the game maps look like they are made from blocks, more importantly the avatars are made of blocks showing resemblance to the robots.

To customize the avatar, you will find an item for each block of your avatar separately or you can buy the whole bundle in some cases. To buy items from the Roblox store the Roblox has built the in-game currency called Robux which you buy using different packages offered by Roblox: 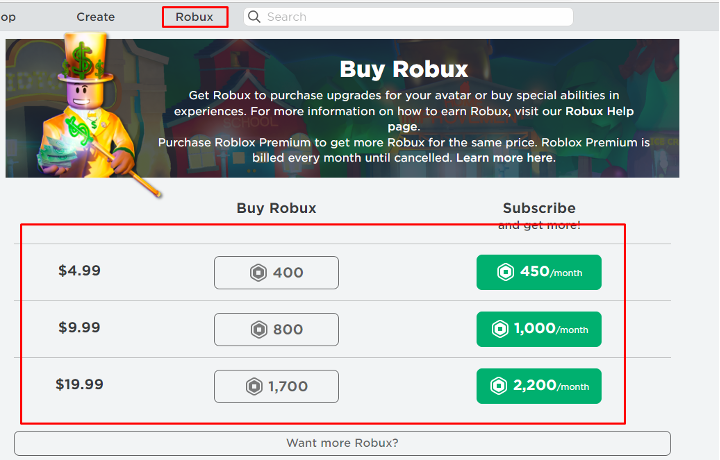 Similarly, on Roblox you can join the different groups to enhance your gaming experience and socialize with other players on the platform. The one thing that every user should remember is to never share your personal details, especially your account passwords with anyone. To keep the users happy and to protect the integrity of the platform Roblox has strict terms and conditions, in case of their violation the user account can be banned permanently.

The word Roblox is composed of two words one is Robots and the other is Blocks, from the games you can easily see the implementation of the name Roblox. Roblox has more than 45 million active users at present, and it is considered one of the best online gaming platforms.