If you’ve used an Arduino module before, you’ll understand what features a microcontroller can provide. A microcomputer is essentially a small computer that is embedded onto a single chip and contains multiple CPU processors, memory, and some programmable input interfaces that allow you to develop projects on the fly.

There are various microcontrollers on the market, but having a microcontroller with the most advanced features is what everyone nowadays requires in order to perform their computational task on the board. This article will inform you about the recently developed Raspberry Pi microcontroller called Raspberry Pi Pico, as well as all of its features and specifications. If you are a beginner or an experienced companion, you will undoubtedly require a good microcontroller.

What is Raspberry Pi Pico

The Raspberry Pi developers have previously built various modules, but this is the first time they have developed a microcontroller and added RP2040, which is thought to be the first built in-house microcontroller ever launched by the Raspberry Pi. It is regarded as the best alternative for users who are no longer interested in using Arduino, and its main selling point is that it is less expensive than Arduino, with a price of $4 and is easily purchasable online.

When you look at the Raspberry Pi Pico module’s specifications, you will notice its superiority because it has a dual core ARM Cortex -MO+ processor and a clock running speed that can reach 133MHz, which is faster than an Arduino module. It also has 264KB RAM and 2MB of flash memory, which is more than enough for a microcontroller to store multiple files. It also includes 26 multi-function GPIO pins that are easily accessible, as well as a clock that is rarely found in other modules. Not only that, but it also includes a temperature sensor and a 12Bit Analog to Digital converter, allowing you to take advantage of more advanced features in this module. 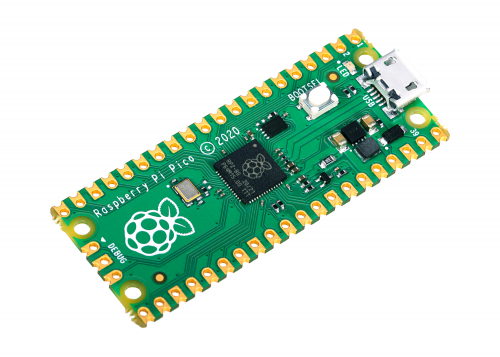 Several companies attempted to build Raspberry Pi modules in the past, but all failed to provide appropriate support to Raspberry Pi users. However, for Raspberry Pi users, this module will not fail to impress because it supports multiple languages, including Micro Python, C, and C++. If you are having difficulty working on this module, you can get guidance from its documentation, which you can find on the Raspberry Pi official website, beginning with designing PCB design and ending to an examination of the main microprocessor architecture.

Like other modules, you won’t feel any difficulty in powering this microcontroller with an input voltage of 1.8V to 5.5V and its chip allows you to power your board with two or three AA batteries connected in series or you can power it using the Lithium-Ion cell. 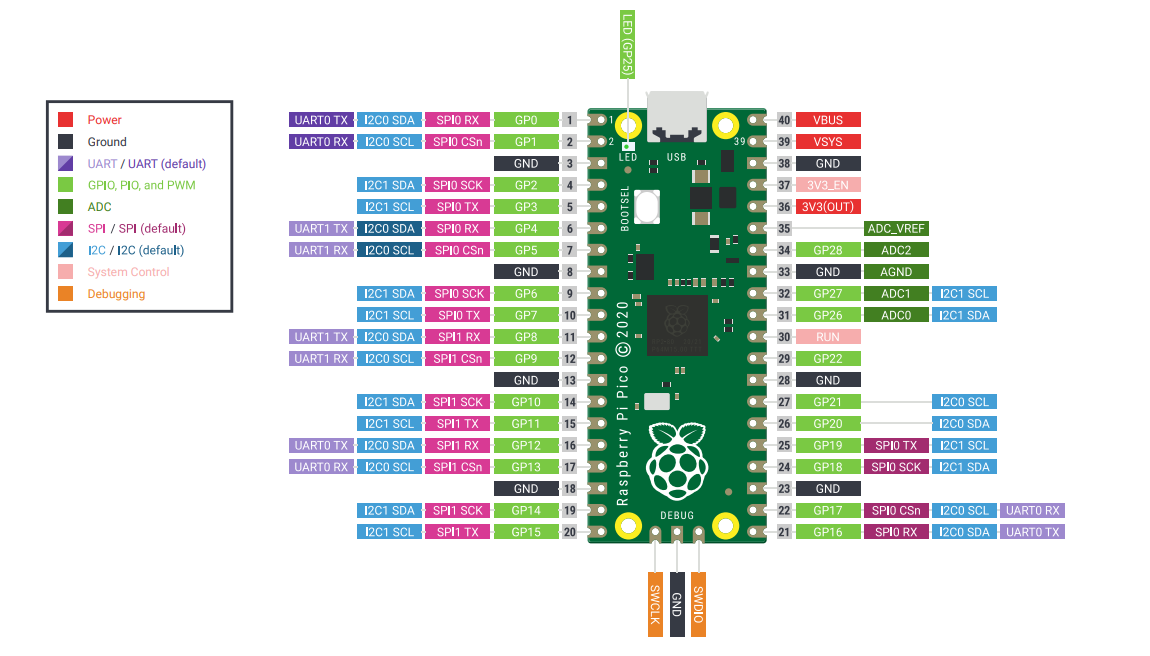 Furthermore, you can download the design files, datasheets and other documentation required for Raspberry Pi Pico from the link as well.

For those who are seeking a good companion for their Raspberry Pi computers and want to have a cheaper micro controller, then Raspberry Pi Pico will be the ideal choice for them. For those, who are beginners and want to start their journey towards microcontroller hardware, then they should definitely purchase it and start developing their projects on it.