This write-up will explain what is downcasting in Java.

What is Downcasting in Java?

A type of Object typecasting where the Parent class object is typecasted into the Child class object is known as Downcasting. This functionality is not embedded in Java; we have to use it explicitly. Downcasting is primarily utilized in cases where we want to compare objects. It is also known as Narrowing or Specialization. In Downcasting, all the members of both the parent class and the child classes are easily accessible. 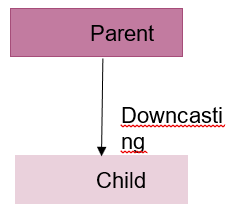 The syntax of the Downcasting is:

Here, pt is a ParentClass object that is going to be downcasted into the ChildClass object.

To know more about the implementation of Downcasting in Java, check out the below example.

In this example, we will use Downcasting by typecasting the ParentClass object into the ChildClass object. The parent class named ParentClass contains a variable name and a method named displayInfo():

Whereas, the ChildClass contains an int type variable named rollno and an overridden ParentClass method named displayInfo(). The ChildClass is inherited from the ParentClass by using the extends keyword: 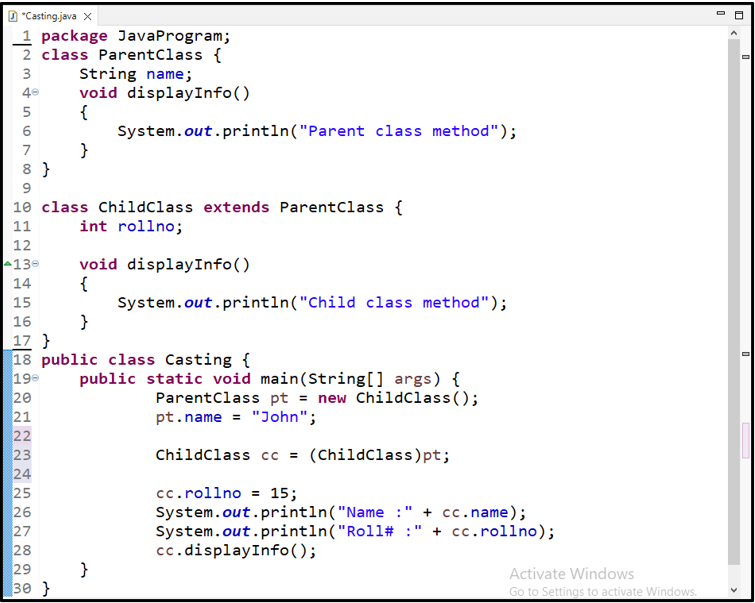 The given output indicates that the downcasted object successfully accessed the properties of both Parent and Child classes:

We represent all the relevant instructions about what is downcasting.