Discord is used by millions of people worldwide for group-chatting, video calling, playing games, live streaming, and multiple other purposes. These features are added to facilitate Discord users. Multiple servers exist where thousands of daily users communicate with each other, debate on topics, and share their experiences and ideas with people of similar interests.

What is a Discord Server?

The Discord interaction forum is based on Discord servers. These servers are community meeting platforms for people with similar interests. Servers are created by Discord users where they can have their own voice and text channels, members, topics for discussion, and rules that are applied to all members.

The Discord servers offer multiple features to facilitate users that are utilized to perform different actions, such as:

Now, let’s head towards the procedure of creating a Discord server.

How to Make a Discord Server?

Check out the below instructions to make a server on your Discord application. 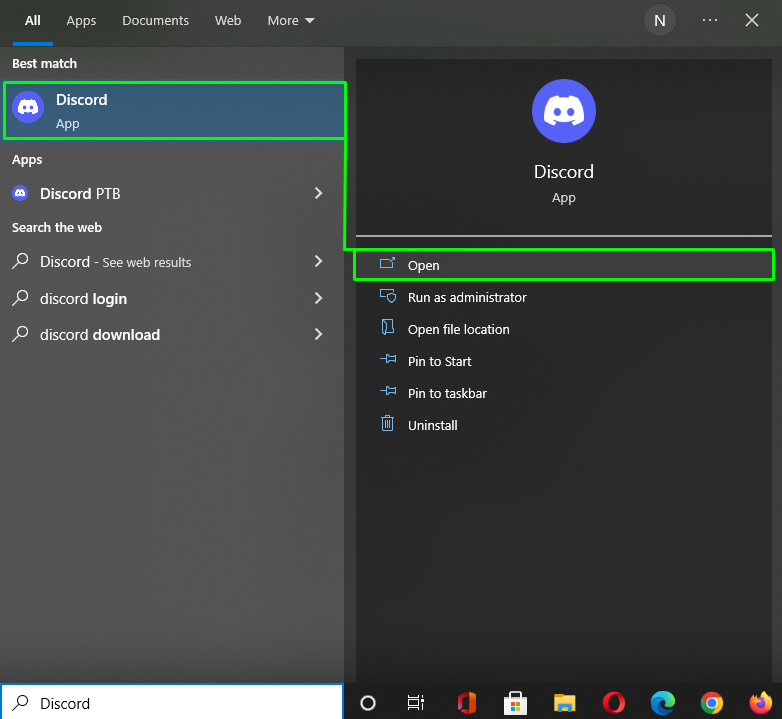 Step 2: Create a Discord Server
Click on the plus “+” icon from the bottom left side of the Discord home screen to “Add a Server”: 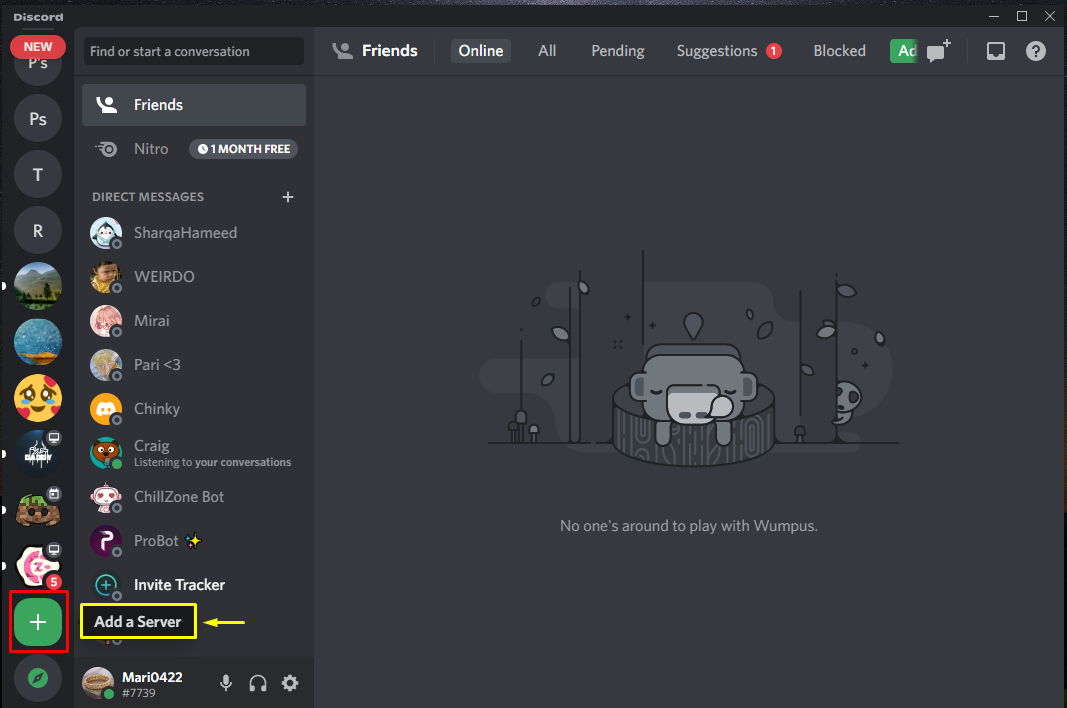 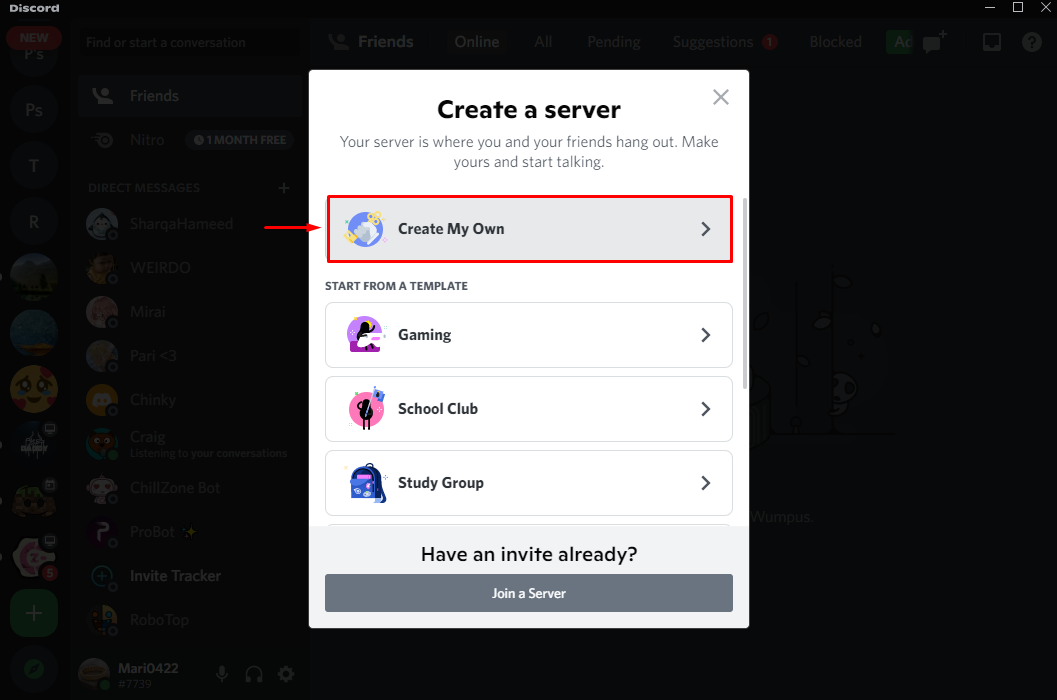 Select the “For me and my friends” option from the opened menu: 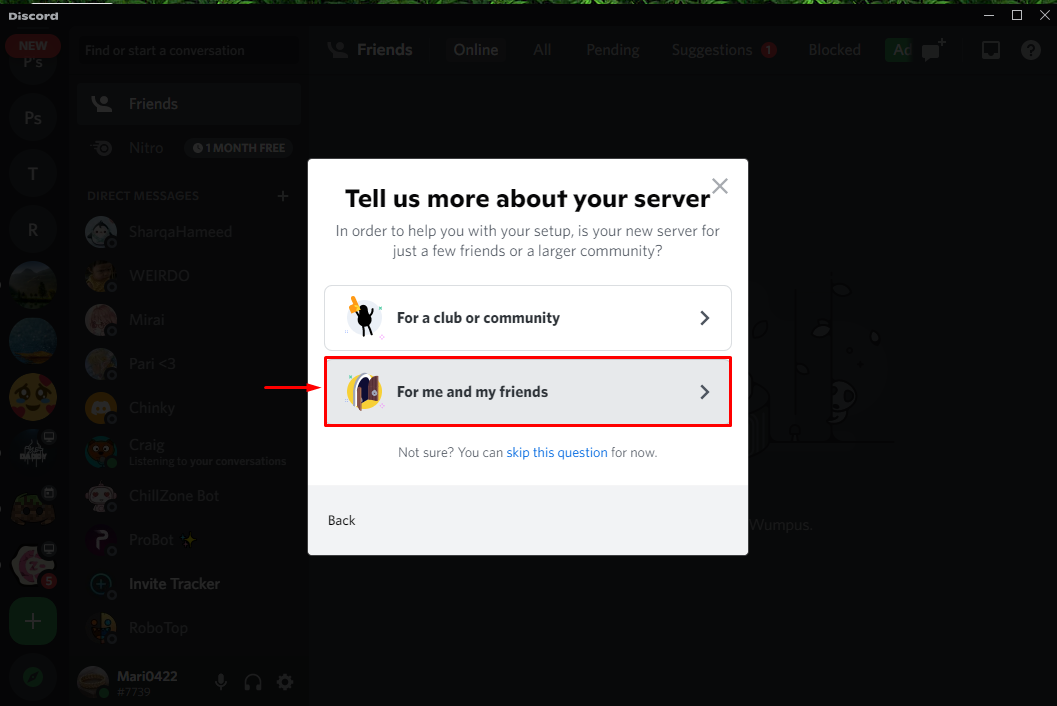 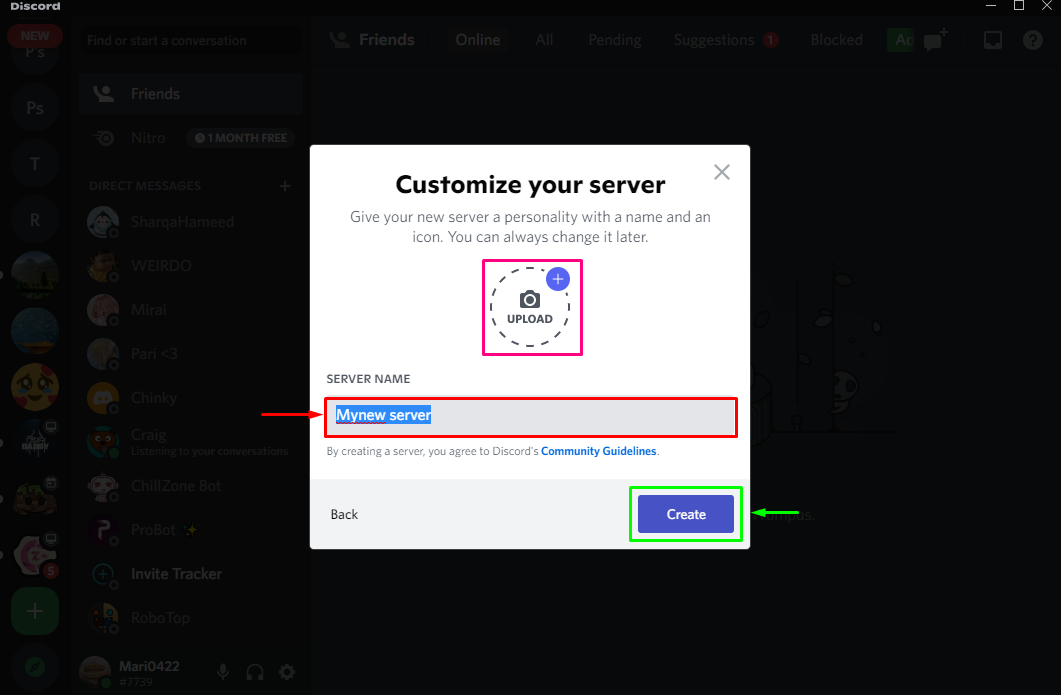 Go back to the Discord home screen and verify the existence of the newly created server: 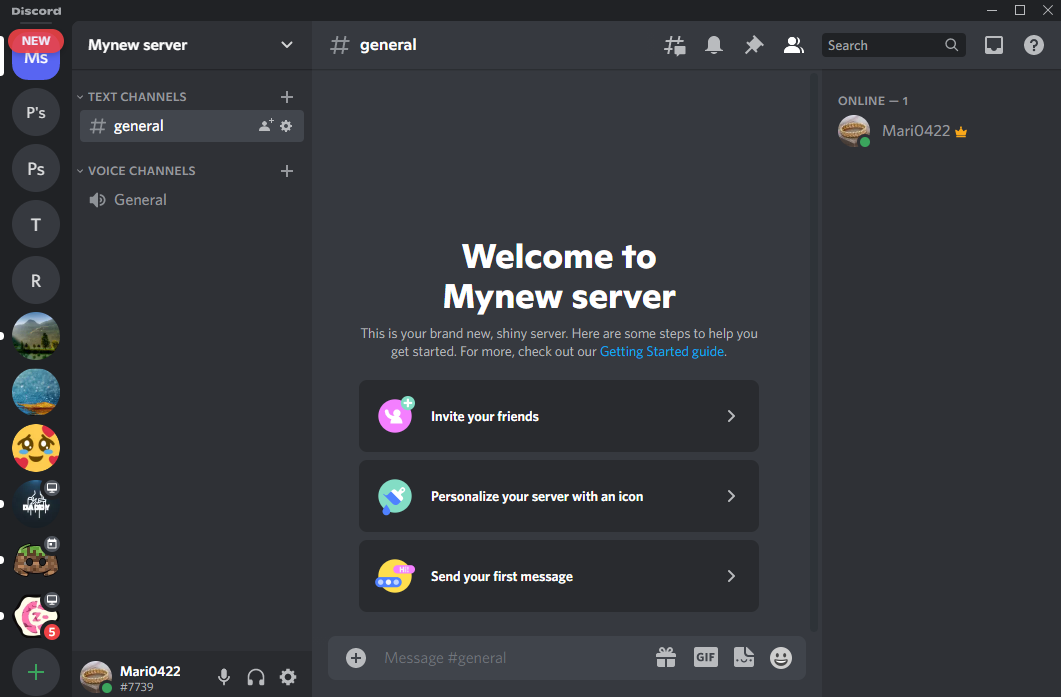 That’s all! We have compiled the easiest method to create a server on Discord.

Discord server is a community meeting platform for people with similar interests created by Discord users. It has multiple features to facilitate users to perform different actions, including voice and video chatting, live streaming, screen sharing, links, and media sharing. To make a new server, hit the “+” icon from the Discord home screen, select the option from the “Server creation” menu, enter the name of the server, and hit the “Create” button. This write-up discussed the Discord server, its features, and its creation procedure.