JavaScript is a dynamic and prototype based language hence prototypes are one of the most important concepts of JavaScript. Let’s first discuss why we need prototypes.

Why do we need prototypes?

As mentioned earlier, JavaScript is a dynamic language which means we can add properties to an object anytime we want. Let us go through an example to explain this:

We can see the player2 object shows undefined in the below output of the above example:

Now that we know what problem we are facing, the question arises: what is the solution? The Solution to this problem is “prototype”.

Prototypes are a built-in feature of JavaScript. Each time you create a JavaScript function, JavaScript automatically adds a prototype to that function. We can say that a prototype is an object that allows you to add new properties to an existing object. In short, Prototypes contain a base class of all objects, helping us achieve inheritance.

We can attach additional properties to the prototype object which will then be shared across all the instances.

Now we will use prototype property in the above example to solve the problem of sharing age property to all the objects i-e player1 and player2.

We will see that both players’ ages will be 30 now. The output is shown below:

To put simply, the prototype property of JavaScript helps us in adding new properties to object constructors as shown in the above example.

Prototype Property of an object

If you wish to see the prototype property of an object, we can see it in the debugging developer tool. In the below example we will implement it and will view it in the console window.

In this example we can see that the function prototype property is accessed using the function name which is Player.prototype. 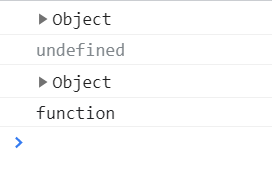 We can also see in this example that the prototype property is not exposed to the object, we can only access it using the “__proto__”.

In the previous example, we saw that the object prototype property is undefined which means it is invisible. We can use the Object.getPrototypeOf(obj) method instead of the one we used i-e “__proto__”. By this it won’t be undefined and we will be able to access the prototype object.

In this article we mainly discussed the basic concept of Prototypes in JavaScript. We dug a little deeper and  discussed what is a prototype in JavaScript. We also discussed a problem and gave the solution using the prototype. Apart from this we discussed finding object properties and methods in JavaScript using prototypes. All of this was demonstrated with the help of examples to develop better understanding of the concept.